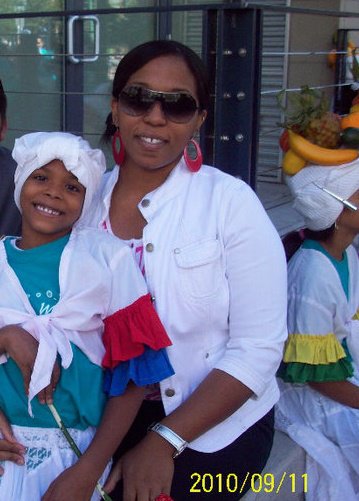 On Jan. 25, Priscilla Santana was in the car with her friend, who was driving her to work. After dropping Priscilla off, the friend was going to take the car into the shop to have the muffler fixed.

Only two blocks away from Priscilla’s house, they were pulled over for a “noisy muffler.” The driver did not have a driver’s license. After a brief conversation, the officer pulled the driver from the car, placing him in the back of the police cruiser.

At this point, one officer started harassing Priscilla, searching through every compartment of her car looking for drugs.

They were interrogated on the corner of Fayette St. and Oswego St. for an hour. The police were buying time until federal immigration agents arrived. Border Patrol officers showed up and essentially disappeared her friend.

Priscilla is a valued and esteemed member of the Syracuse community—she works for the Spanish Action League, a vital resource in Syracuse’s predominately Latino Near Westside. She is currently working with several community organizations, including the Workers’ Center of Central New York and ANSWER Syracuse, to fight back against the Syracuse Police Department’s anti-immigrant practices.

ANSWER Syracuse: What is the policy of Syracuse police for cooperating with Immigration and Customs Enforcement agents?

Priscilla Santana: Me and my friend went to several meetings where they told us that police officers should not call immigration, that they are supposed to write a ticket and let them go. But no, they called Border Patrol, and on top of that they told my friend that I was the one who told them he was undocumented! I told the police officer that he was not supposed to do this, and his answer was “Really? But I am doing it!”

ANSWER Syracuse: What is the atmosphere in the Latino community as a result of these incidents?

Priscilla Santana: Here in the Westside nobody trusts the police, because “they are allowed to lie” to get information. People are scared to call the police if something happens to them, because they have the ability to turn things around—and probably the person that is hurt will end up in jail.

ANSWER Syracuse: Why do you feel so compelled to speak out about what happened to you?

Priscilla Santana: Because I work for the community, and they did not listen. I felt so humiliated and disrespected. Because I live on the Westside, they think I do not have class, no education or something like that. Police officer’s treat Westside people like trash, for stupid things, and they do not have time to look for the real criminals.

ANSWER Syracuse: How do you think the Syracuse community should respond?

Priscilla Santana: We have to get together and speak out, until somebody listens. We have to look for big organizations to help us out and keep fighting for our dignity.

To get involved in the struggle to stop police collaboration with immigration enforcement, e-mail [email protected].