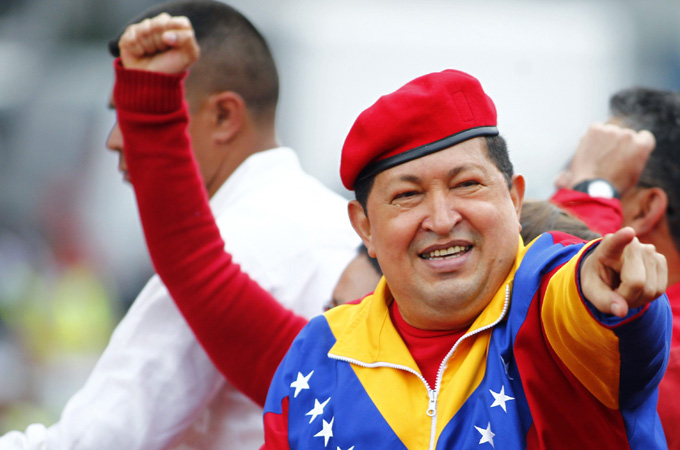 Within hours of the announcement of the death of President Hugo Chávez, civil rights groups in the United States filed Freedom of Information Act (FOIA) demands with federal agencies seeking information and documents that "relate to or reference or discuss any information regarding or plans to poison or otherwise assassinate the President of Venezuela, Hugo Chávez."  The records demands have been made to the Central Intelligence Agency, the Department of State, and the Defense Intelligence Agency and have been filed by the civil rights legal organization, the Partnership for Civil Justice Fund, the anti-war group, ANSWER Coalition and Liberation Newspaper.

The Venezuelan government is also calling for an investigation into the circumstances of President Chávez’s illness, specifically whether he was poisoned or deliberately exposed to cancer causing elements, according to NBC News and other media outlets.

The opening of the Freedom of Information Act reads as follows:

We are writing to request the following information on behalf of the Partnership for Civil Justice Fund, the ANSWER Coalition (Act Now to Stop War and End Racism), and Liberation Newspaper, pursuant to the Freedom of Information Act, 5 U.S.C. § 552:

All records and documents, including but not limited to, emails, letters, cables or other communications, memoranda, notes, minutes, photographs, audio recordings, video recordings, digital recordings, intelligence assessments, communications, records or other data that relate to or reference or discuss any information regarding or plans to poison or otherwise assassinate the President of Venezuela, Hugo Chávez, who has just died.

This request in made in light of the U.S. government’s acknowledged history of knowledge and possession of information regarding, and/or participation in, attempts to assassinate foreign leaders. The acknowledged attempts by the U.S. Government to assassinate foreign leaders, include Fidel Castro,  Rafael Trujillo, and General René Schneider Chereau (See, e.g.., January 3, 1975 Memorandum of Conversation between President Gerald Ford and CIA Director William E. Colby), among others [secured by the National Security Archives pursuant to the FOIA].

This request is also made in light of the exhumation of Palestinian leader Yassar Arafat’s body to determine whether his death was caused by poisoning, including media reports that “[t]he Institute de Radiophysique discovered abnormal levels of polonium-210” in his personal effects, Chris McFreal, The Guardian, November 27, 2012, Yasser Arafat Exhumed and Reburied in Six-Hour Night Mission: Samples Taken From Corpse of Late PLO Leader Will Be Used to Investigate Claims He Was Poisoned With a Radioactive Substance; Arafat’s Body is Exhumed for Poison Tests, New York Times, November 28, 2012.

As described further below, the public has an urgent and compelling need for information underlying any effort to assassinate the President of Venezuela, including any knowledge the U.S. government has or had regarding such efforts and in particular any role the U.S. government had in such efforts. According to multiple media sources, the Venezuelan government is also calling for an investigation into the circumstances of President Chávez’s illness, specifically whether he was poisoned or deliberately exposed to cancer causing elements. See, e.g. “Venezuela VP: Chávez’s cancer was an ‘attack’ by his enemies,” NBC News, March 5, 2013.