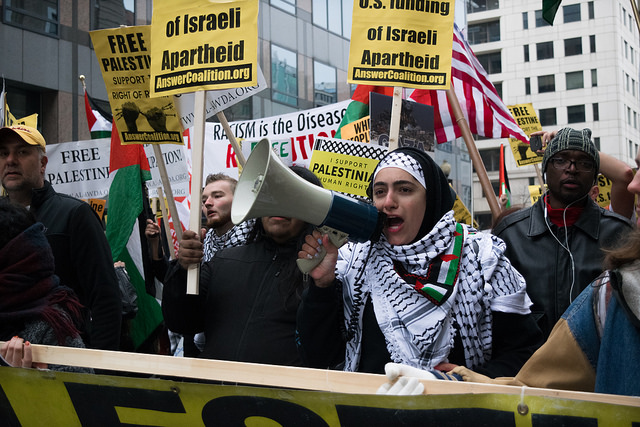 The International Criminal Court has recently decided to officially investigate war crimes in Gaza. After years of non-member status at the United Nations, the Palestinian territories successfully petitioned for signatory status with the ICC allowing Palestinian Authority officials to file an official complaint against Israel as a last resort in pursuit of accountability. The scope of the probe is expected to cover allegations of Israeli war crimes in Gaza during the 2014 war, the 2018 Great March of Return clashes, as well as the question of whether or not Hamas rocket fire constitutes war crimes. During the 2014 Gaza war alone, over 2,000 Palestinians were killed. Hundreds of other Palestinian protestors and medics were shot, maimed, and attacked during the 2018 border clashes. Apart from the investigation into war crimes, the probe aims to address widespread illegal Israeli settlement of occupied Palestinian territory in the West Bank. This critical investigation by the ICC into the illegal annexation of Palestinian land marks a new avenue for justice in the pursuit of accountability outside of US-Israeli dominated international institutions that have long undermined Palestinian grievances.

While the Palestinian territories are signatories of the ICC, Israel is not. Regardless, the ICC investigates international crimes committed by individuals, not states. Top Israeli figures like Prime Minister Benjamin Netanyahu and Benny Gantz who are now subject to criminal charges for their role in the coordination of war crimes in Gaza and the illegal settlements immediately came out in denunciation of the probe as categoric anti-Semitism in attempt to deflect from their crimes. In a recorded statement, Netanyahu openly claimed that the state of Israel was “under attack”.  As internal coordination began among Israeli officials to limit international travel to avoid detainment, the United States quickly coordinated in defense of Israel by announcing sanctions against various ICC officials including placing ICC Prosecutor Fatou Bensouda on the “specially designated nationals'' blacklist. A similar situation occurred earlier in 2020, as the ICC pledged to investigate the United States for war crimes in Afghanistan. The Trump administration immediately moved to sanction ICC officials, including banning entry into the US and freezing their assets. Criticisms of the ICC itself have arisen in recent years for its failure to take on nations like the US and Israel, instead focusing all of its 9 legal efforts since 2016 on African nations. With this latest development, however, the ICC has shown a capability of holding powerful Western nations accountable despite threats and harassment toward its members.

While the sanctions had been placed during the Trump administration, the Biden administration’s open failure to repeal them reveal a continued commitment to obstruct any form of  justice for Palestine. Secretary of State Anthony Blinken recently tweeted in defense of Israel, claiming the US firmly oppose the investigation into the “Palestinian situation”, and that the Biden administration would “continue to uphold our strong commitment to Israel and its security, including by opposing actions that seek to target Israel unfairly.” The immediate defensiveness exhibited by both the United States and Israel with the announcement of an impartial international investigation into war crimes highlights an obvious deflection of guilt. As the ongoing investigation develops, various Israeli officials remain in impending fear of criminal charge and the Palestinian cause for justice takes a long overdue step forward.