John McCain and the People's Congress of Resistance 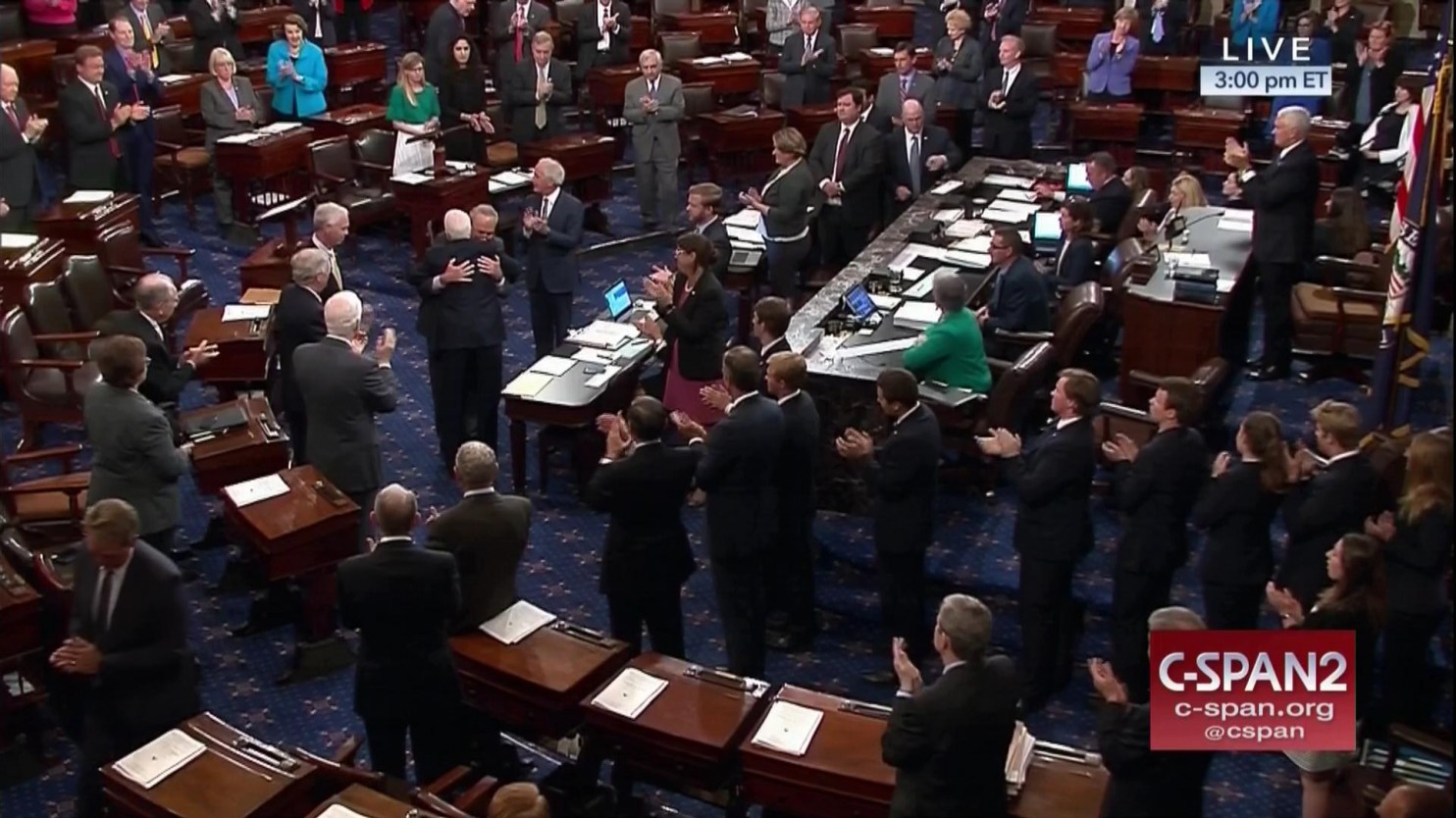 The bipartisan reactions to yesterday's appearance of right-wing Arizona Senator John McCain in the U.S. Senate proves why people in the United States must create their own People's Congress of Resistance.

McCain, a die-hard advocate of bombing, war and regime change in Iraq, Libya, Syria, Yugoslavia, Ukraine and Russia, was greeted with thunderous and sustained applause by Republicans and Democrats alike when he rose to speak. McCain is worth more than $21 million and his wife Cindy, an heiress to Anheuser-Busch fortune, is worth over $100 million.

McCain, who has cancer and is being treated with the support of a Cadillac-health plan, returned to the Senate and cast the key vote allowing the Republican majority to proceed with its efforts to wipe out health care coverage for millions of low-income workers and their children.

“Almost every senator sat in his or her seat, hanging on every word. McConnell and Senate Minority Leader Charles E. Schumer (D-N.Y.) twisted themselves sideways so they could look directly at McCain, his left eye still deeply swollen from the surgery. Both leaders grew visibly emotional at times, McConnell’s face bright red as Schumer’s eyes glistened.” (The Washington Post, July 26)

What happened yesterday speaks volumes about the corrupt millionaires' club talk shop. Chuck Schumer and the Democrats are closer to McCain than they ever will be to working people. They hustle for the same banks, war contractors, real-estate developers, and oil and gas monopolies. The U.S. Congress does not, cannot and will not represent the will of the people or try to meet the needs of the people, all people, to have access to health care, housing, education and a basic income.

It is a corrupt institution made up of ultra-rich cynical political operators. The Republican and Democratic politicians are a club.

The Washington Post noted that McCain is a “venerated” leader in the Senate, enjoying bi-partisan support because of his status as a Vietnam “war hero.” McCain was in fact a volunteer pilot who dropped 2,000-pound bombs on Vietnamese villages from 30,000 feet up. He never expected that that the Vietnamese would be capable of shooting down his plane at that height.