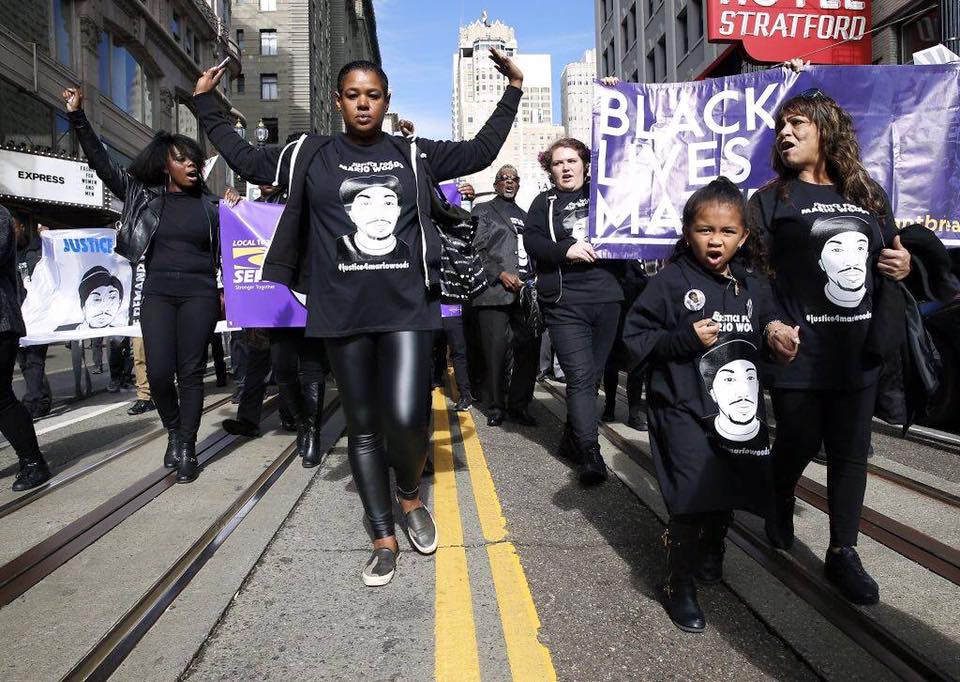 On Jan. 30, the corporate-sponsored encampment known as "Super Bowl City" officially opened in downtown San Francisco. This was part of a five million dollar investment by Mayor Ed Lee to host the Super Bowl festivities.

The media attention given to the grand opening was far overshadowed by the protest march led to the front gates of "Super Bowl City" by the Justice 4 Mario Woods Coalition, of which the ANSWER Coalition is a member organization.

Mario Woods was murdered by an SFPD firing-squad of more than five officers on Dec. 2, 2015 in his home district of Bayview-Hunter's Point. Three demands have been issued by the J4MW Coalition: the firing of SFPD Chief Greg Suhr, a truly independent investigation, and murder charges for all involved officers.

Beginning at Union Square, 600 people took over both lanes of Market Street in a march that saw hundreds of police officers, many in riot gear and some with assault weapons, attempting to intervene. Attempts at intimidation by the police were drowned out by the chants of protesters. Many people from the protest ended up inside the gates of "Super Bowl City" and captured international social media attention because of their righteous message.

The struggle for justice for Mario Woods and all victims of police brutality in San Francisco continues to gain momentum, recently with a unanimous vote by the SF Board of Supervisors to declare July 22nd (Woods' birthday) as "Mario Woods Day."