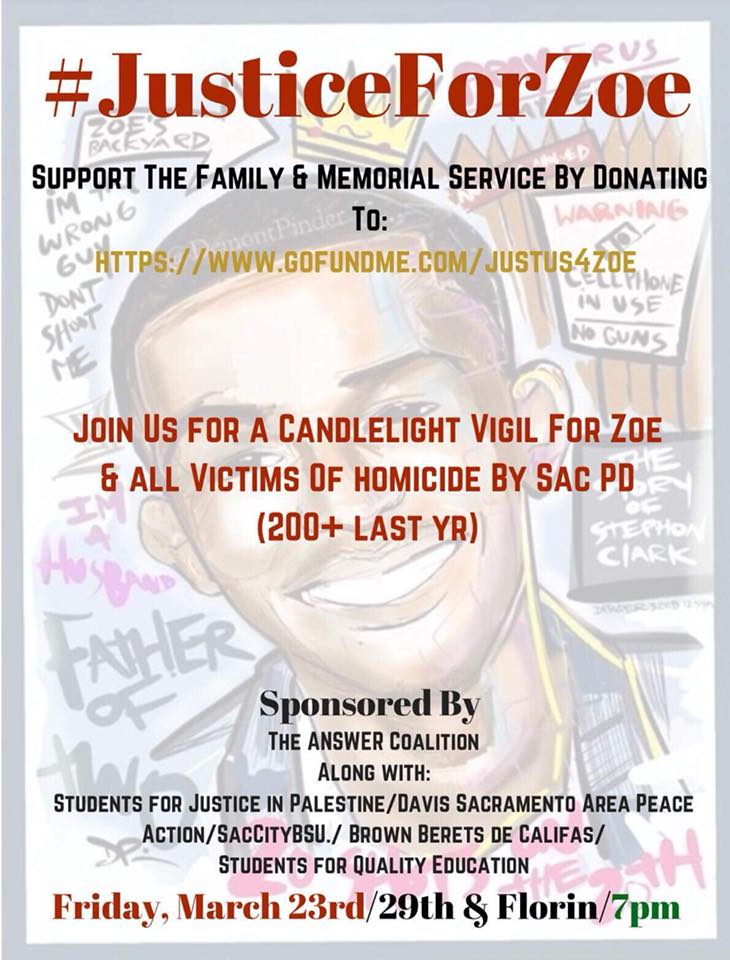 On the night of March 18, Sacramento police executed Stephon Clark in South Sacramento off of 29th St. near the Meadowview Light Rail Station. Regardless of the claims made by police, this man did not deserve to be executed in cold blood. We now know that he was killed in his own backyard. We call for the killer cops who took Stephon Clark's life to be jailed immediately!

This comes at a time when all over the country, the police are on a killing spree with no end in sight. This killing comes only a few weeks after Attorney General Jeff Sessions came to Sacramento to tell the police how great of a job they are doing.

A great job at having the highest number of police killings of any state (200+) last year?

A great job for deporting immigrants at alarming rates?

Fitting the description is not a death sentence!

We say enough of the killing, jailing and underdevelopment of our communities. We want justice!

Join us for a candlelight vigil to mourn the victims of unpunished police killings and harrasment as we call for a fundamental change to this racist system.

You can help the family pay for the memorial service here.