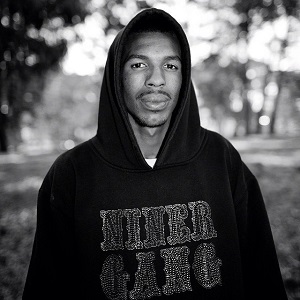 On Friday, November 15, 21-year-old City College Student D'Paris Williams (a.k.a “DJ”) was unjustly beaten by 3 undercover narcotics officers as he returned home around 1pm from the Make a Wish Foundation's “Bat Kid” happenings. As DJ road his bike from Guerrero Street to the Valencia Gardens housing project where he lives, 3 undercover cops followed and accosted him as he entered his home. DJ repeatedly stated he was not doing anything, but returning home. When he attempted to enter his house with his bike, the undercover cops dragged him out of the house across the sidewalk where they pushed him to the ground and began beating him repeatedly.

As his sister with her 4-month-old baby came out of the house to demand they stop beating her brother, the officers began pushing her and her child. At this time many of their neighbors came out demanding that the officers stop beating DJ stating, “What are you doing? He didn’t do anything!” They saw that DJ had been knocked unconscious by the blows. The officers using aggressive language began beating up other neighbors and demanding people's video footage. A total of four people, including DJ, where beaten bloody in the face, 3 of whom were immediately arrested. Two remain in jail.

The family was told that DJ had been taken to SF General Hospital, but when they went, he was not there. They then went to 850 Bryant, where the 3 arrested were being held. Up to this time, the SFPD has made no attempt to interview family or residents that witnessed the beating. The SFPD has refused to release DJ and allow the family to visit him.
We demand the immediate release of DJ and the others arrested. We demand that all charges be dropped and that the 3 undercover officers involved in the beating be fired.

Watch video of the brutal beating.