The people demand justice for Keith Lamont Scott and Terence Crutcher, and an end to racist police terror 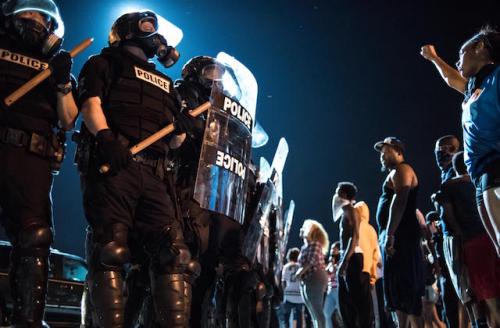 The people of Charlotte, North Carolina, are rising up in the wake of the murder of Keith Lamont Scott, coming just days after the murder of Terence Crutcher in Tulsa, Oklahoma, which has also been met with protests. The Movement for Black Lives and people across the country are continuing to demand an end to racist police terror. In Charlotte, the governor has declared a state of emergency and called out the National Guard in an attempt to repress the burgeoning uprising.

Solidarity actions are taking place across the country. The ANSWER Coalition is supporting and helping to organize in all of the cities where we have chapters.

Below is an initial list of demonstrations that will be updated as more are called. Send information about local actions to [email protected]