Atrocities Of War, The American Way 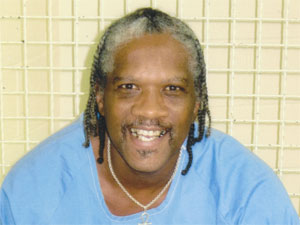 The following is a statement by Kevin Cooper, innocent San Quentin prisoner on death row, presented to the March 25th teach-in sponsored by the ANSWER Coalition in San Francisco on the role of U.S. imperialism in Iraq and the Middle East.

When, to your personal knowledge, was the government of this country not at war with someone, or some country about something?  Not just a war that is far off within the borders of another country, but even a war right here in this country against some of its own citizens.

I can honestly say that I have never known of a time when the United States government was not at war!  I say this because history has taught me that during the times that we thought that this country was at peace with everyone within in this world, it wasn’t.  In fact, this government was off somewhere, fighting and murdering for something that we as a society knew nothing about.

We do know that when this country is at war someplace, we sooner or later find out that the murder of the poor, innocent people has taken place.  This is the truth about war, especially the American way of war.  Only the poor and innocent people seem to have atrocities of war happen to them!

What recently happened in Afghanistan, the coldblooded and premeditated murder of 16 poor innocent civilians at the hands of a U.S. soldier is only the latest example of a long historical list of war crimes and atrocities committed by the United States against poor and innocent people.

Yet, these atrocities, these war crimes, these crimes against humanity keep happening over and over and over again.  It doesn’t seem to bother or deter the powers that be from fighting never-ending wars -- these people who claim to be the moral police of the world, the good guys, the protectors of the weak and downtrodden, the liberators, the regime changers, the history makers, the good Christians -- because if it did bother them, these things wouldn’t keep taking place!

But to keep the worldwide murder of poor people in its proper context: Everything that they do throughout the world, they first did here at home to their own citizens.

For example, this country only executes its poorest people with its various forms of capital punishment.  The police only shoot down – and often in the back – the poorest people.  In both cases, innocent people are victims, yet this type of thing keeps repeating itself.  So it appears that this country, whether at home or abroad, seems to only wage war against the world’s poorest people.

The people who bore the brunt of this and the atrocities that come along with it are we the poor.  The American Way is no way to make, keep or have, true and lasting peace!  This system must be changed in order for this world to survive, and we are the people who can make this change happen!

Power To The People!