Killing with drones for dummies 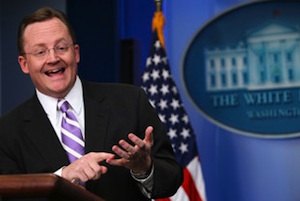 Investigative reporting outfit Pro Publica has been poking holes in the Obama administration's claims that they only target “operational leaders” of al-Qaeda, shining light on what are known as “signature strikes.” As Pro Publica points out, the debate over drones that has been taking place around the confirmation hearings for John Brennan has focused almost totally on the four American citizens known to have been killed by drone attacks. This is despite the fact that between two and five thousand people have likely been killed by the drone assassination program.

Signature strikes are named after the way particular targets are chosen. The operators of a drone simply target anyone who looks like they might fit a “signature” that marks them as a “terrorist.” They consist totally of people who are unidentified. According to the Washington Post, “most attacks are now ‘signature strikes.’” We know for sure that signature strikes are used in Pakistan and Yemen, and it seems likely this policy has been used elsewhere.

So what are some potential “signatures” that mark someone as one who must be killed? While we do not know exactly, Pro Publica has compiled a number of reports from the mainstream press that give us a sense of some of the alleged signatures.

Former ambassador to Pakistan Cameron Munter told the Daily Beast that the criteria was “a male between the ages of 20 and 40.” A "senior U.S. intelligence official" told the Associated Press that “large groups of armed men” could constitute a signature in Pakistan. Other unnamed officials highlighted “groups of armed militants traveling by truck toward the war in Afghanistan.” Former Director of National Intelligence Dennis Blair echoed this, saying that “armed men who we see getting into pickup trucks” are fair game.

It is worth noting that the frontier provinces in Pakistan are places where huge numbers of men carry weapons. USA Today even ventured so far as to say that “most” men consider their rifle a “necessity.” So ultimately, almost any male who was not clearly elementary school age or geriatric could be killed in a drone attack.

In fact, the CIA rationale for drone strikes is reportedly so loose that one administration official related that the running joke is that the CIA considers “three guys doing jumping jacks” as enough to constitute a “terrorist training camp." Whatever the actual rationale used to launch particular strikes, it seems that the U.S. government has decided that it is better to assume a person is a terrorist than not in certain regions of the world, particularly Pakistan.

One official told the Wall Street Journal: 'Even if there are added considerations, the program—which still has strong support in Washington—remains as aggressive as ever.'

Discussing the problems the drone strikes created for U.S. diplomats in Pakistan, one official said, “Whenever they got a shot, they took it.” According to the New Yorker, it took as many as 16 attempts to kill one leader of the Pakistani Taliban. In one strike in March of 2011, 38 civilians were killed in a drone attack, which sparked a discussion in the White House over whether there should be more rules for drone strikes. The administration decided perhaps there should be some additional guidelines. But just in case you thought they were going soft, one official told the Wall Street Journal: "Even if there are added considerations, the program—which still has strong support in Washington—remains as aggressive as ever.”

This is the functional equivalent of putting your rabid dog that had been roaming the streets indiscriminately on a retractable leash and walking him around the neighborhood.

It is clear that the administration has decided that it will allow no real check on its ability to target and kill whomever it wants, wherever it wants, whenever it wants. This is a policy of blatant power projection, with little to no concern for the sovereignty of nations or lives of civilians. More than ever, this underlines the importance of the April 13 march on the White House to demand "U.S. Drones Out of Africa, Asia, the Middle East and Everywhere!" Progressive-minded and anti-Imperialist people must stand up against these outrages!