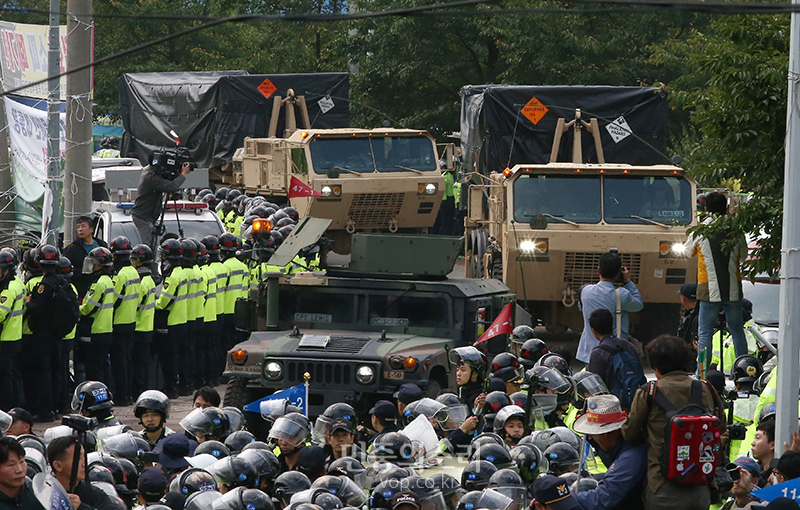 Earlier this week, hundreds of people, mostly villagers from Seongju, South Korea, blocked the road all night, chaining themselves to trucks and linking to each other with rope, when the U.S. military moved to deploy four additional THAAD launchers. It took the force of 8,000 police to clear the road to allow the military vehicles to pass.

This provocative move increases tensions in Korea and the broader region, where THAAD can be used to monitor Chinese and Russian territory.

The ANSWER Coalition will continue to organize opposition to the deployment of THAAD and is a member of the Task Force to Stop THAAD in Korea and Militarism in Asia and the Pacific.

Below is a video of the heroic protest: