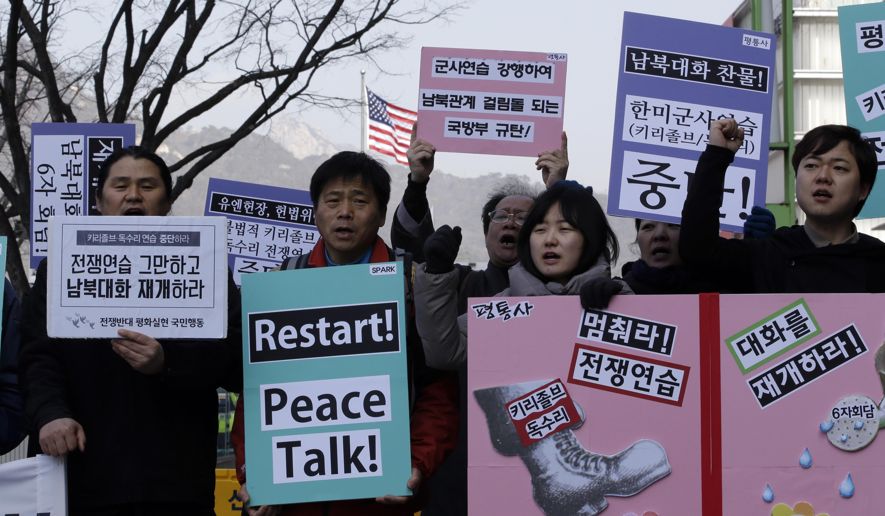 On Liberation Day in Korea, we in the ANSWER Coalition along with many others in the anti-war movement are reflecting on the many decades of U.S. aggression against the Korean people and its role in the brutal and forcible division of the peninsula. With the United States maintaining a force of approximately 30,000 soldiers still occupying the South, solidarity with the Korean struggle for peace and reunification needs to be a top priority of the U.S. anti-war movement.

Although the Korean people fought fiercely against the Japanese occupation, the U.S. government worked mercilessly to ensure that the country would not be able to exercise sovereignty in the post-war period. It cobbled together a regime composed primarily of hated collaborators with the Japanese and installed it in the South. The forces that led the anti-colonial struggle took power in the North, but the U.S. went to war to ensure that unification never occurred.

The U.S. military was so thorough in its war on the Korean people from 1950-53 that its pilots ran out of targets to destroy. To this day, the U.S. government refuses to sign an official peace treaty, preferring instead to let stand a decades-old armistice.

The people of the North have endured constant war threats and demonization, while a succession of military dictators ruled the South with an iron fist until the 1980s. While there have been periods of thawing and negotiations, abrupt shifts in U.S. foreign policy have repeatedly doused hopes for a peaceful resolution of the division of the peninsula.

As the progressive movement in South Korea faces a widening crackdown, the ANSWER Coalition is committed to continuing and expanding our solidarity work. We stand with Juyeon Rhee and Hyun Lee, Korean-American peace activists who were denied entry into the South, demand the release of political prisoner Kim Hye-young and oppose the U.S. deployment of the THAAD missile system.

We in the United States can show our solidarity by building the struggle against the suffocating sanctions imposed on the North, war exercises that simulate a devastating invasion and the deployment of U.S. troops to the South. We demand that the U.S. government sign a permanent peace treaty and normalize its relations with the North.