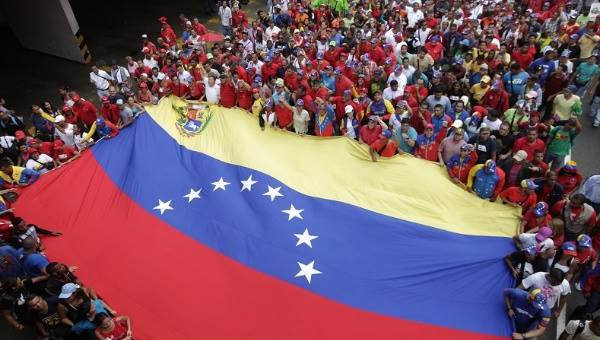 The National Assembly elections in Venezuela this Sunday, Dec. 6, will have a defining impact on the future of the struggle for Venezuela's Bolivarian Revolution. As the election approaches, the agents of U.S. imperialism continue to threaten the progress made by the Left unity government with declared plans to eviscerate the social and economic gains of Venezuela's poor and working people. These U.S. government financed and trained organizations have resorted to increasing terrorist violence since the death of Hugo Chavez while receiving the full backing of pro-imperialist media outlets like CNN. Despite these difficulties, the Venezuelan poor and working people are mobilizing to promote the unified Left government all across Venezuela ahead of elections, determined to defend their revolutionary government and revolutionary political parties. Gloria La Riva will speak on the results of this election, their significance, and developments in Latin America that will shape the coming period in the continents shift to the Left.


*What do the results of the National Assembly elections mean for Venezuela's future?
*How the new right-wing government of Argentina impacts the struggle for Latin America
*The significance of FMLN and El Salvador in the history of the Left in Latin America
*How to build solidarity with Latin American revolutionaries and anti-imperialists