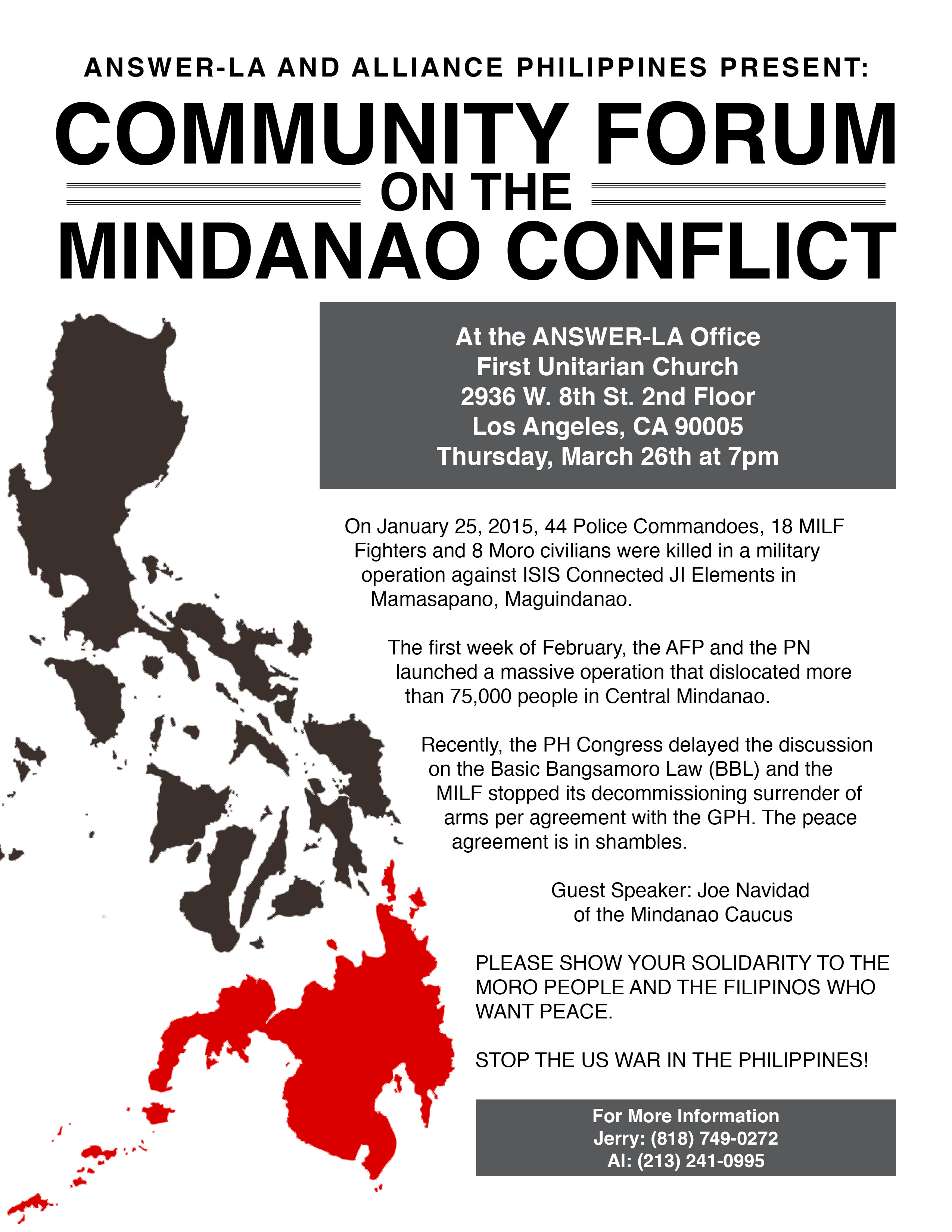 Join ANSWER LA and Alliance for Just and Lasting Peace in the Philippines for a special forum on the current conflict in Mindanao.

Hear guest speaker Joe Navidad of the Mindanao Caucus, and other leaders in the Filipino struggle, explain the latest developments in Mindanao and how we can show solidarity with the Moro people.

The first week of February, the AFP and the PN launched a massive operation that dislocated more than 75,000 people in Central Mindanao.

STOP THE U.S. WAR IN THE PHILIPPINES!

Katrina G
Donate to the Movement Volunteer - Get Involved Today