The follow reports were written by Yoshio Nakamura of Asia Wide Campaign (AWC) - Japan, a leading organization in the country’s anti-war, anti-imperialist and progressive struggles. 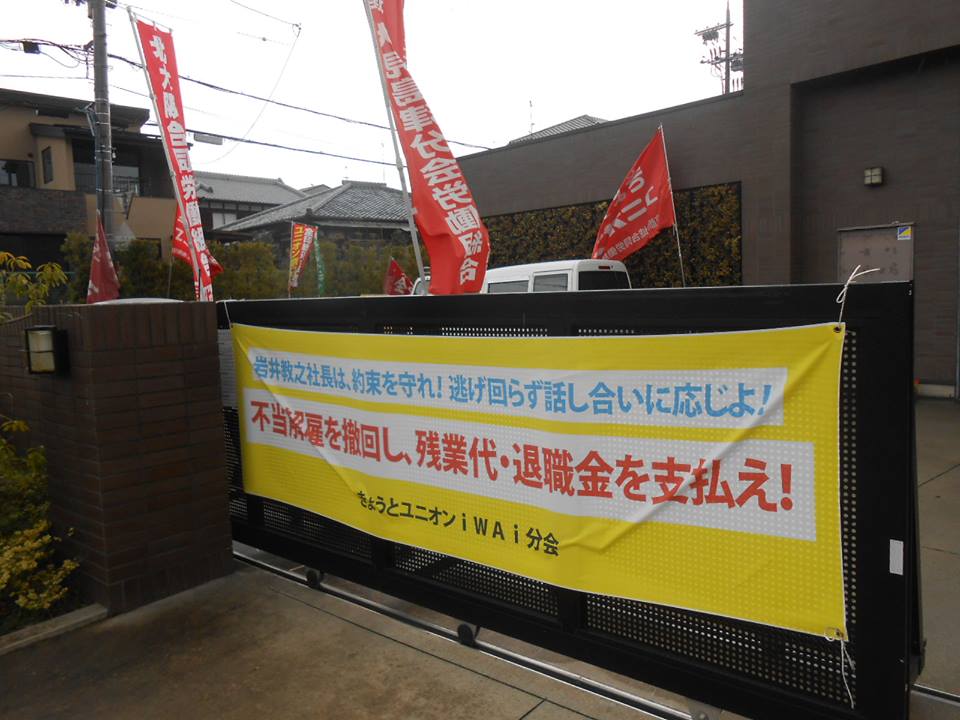 Today is the 208th day since the workers of the iWAi Corporation launched their occupation of the factory in September 2015. They are demanding the withdrawal of unjust dismissals and the payment of back wages and retirement benefits.

After over six months of occupation of the factory, the president finally accepted the resumption of collective bargaining through his lawyers, even though the president himself is still disappeared. 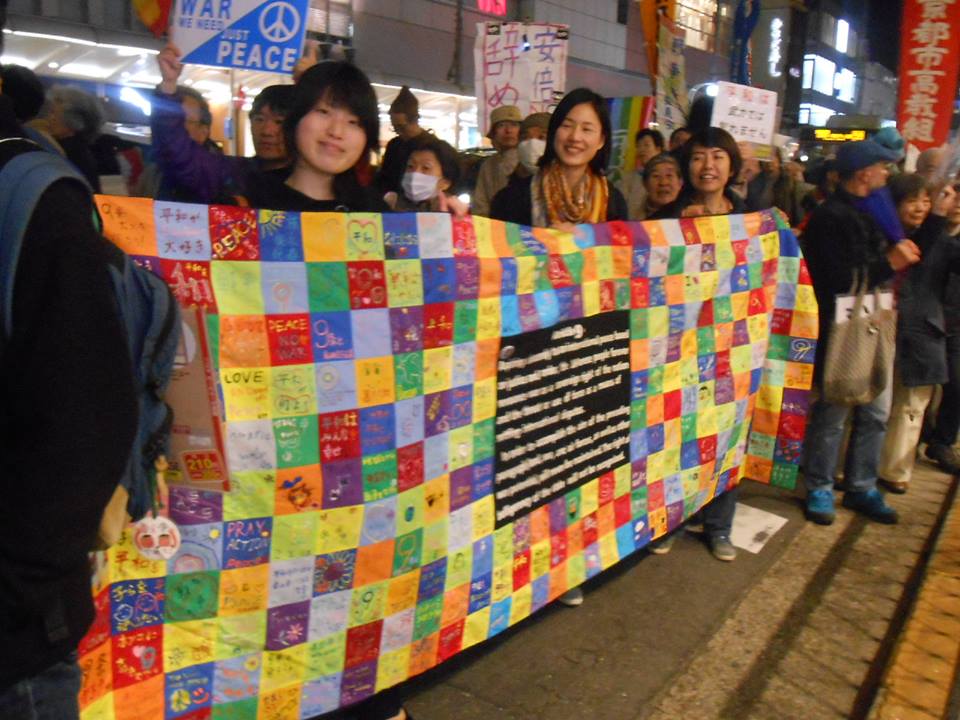 Japan’s new security laws or war laws, which were forcibly passed in the Japanese Diet [parliament] September 16, came into effect today. But people are still resisting Japan’s militarization. This evening, people marched through the main streets in Kyoto, demanding the laws be repealed. Similar actions were held in different cities in Japan. 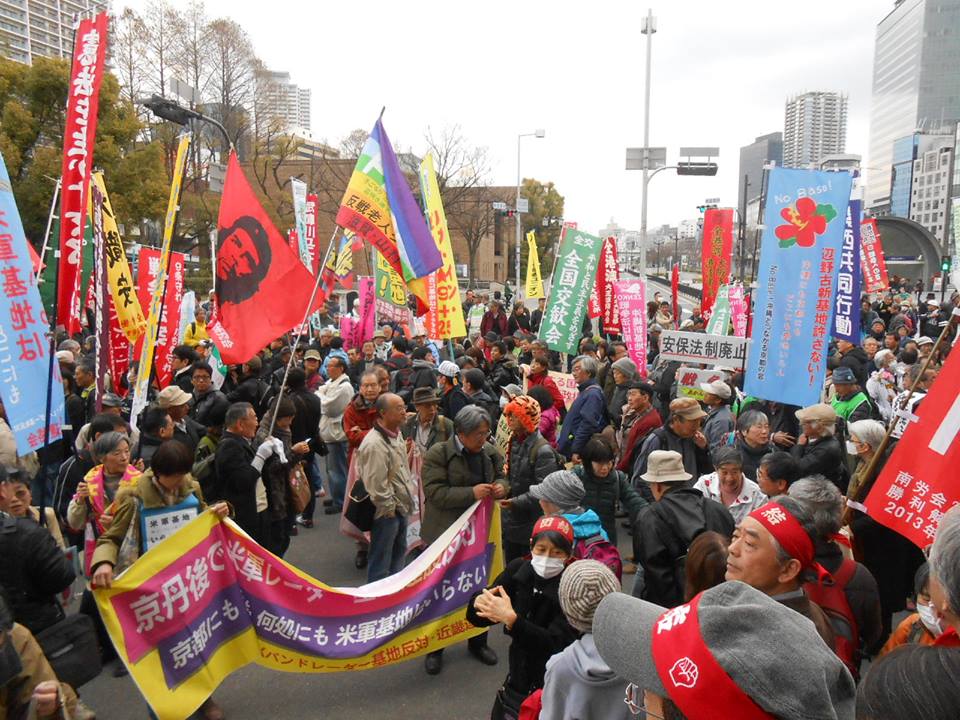 People marched in the streets in Osaka this afternoon. The march has two main demands. One is to repeal the war laws. Another is to stop the building of the new U.S. base offshore Henoko, Nago City in Okinawa.

Nago City mayor Susumu Inamine also joined an indoor rally that was held before the march. He has strongly opposed building the new base there as the chief of the local administration since he took office in 2010. 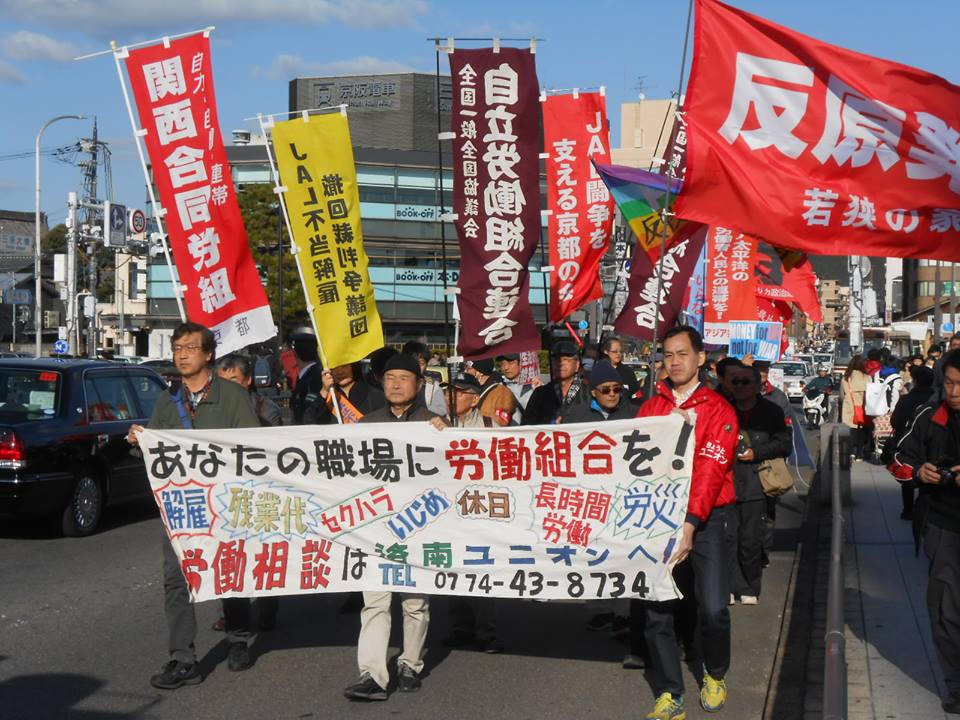 Organized workers in Japan are in the ‘Spring Struggle’ now. Today, the Union Network Kyoto, a local alliance of progressive labor unions in small and medium-scale companies, held a demonstration. During the activities, workers who are fighting against unjust dismissal expressed their determination to continue until the final victory of their struggle. 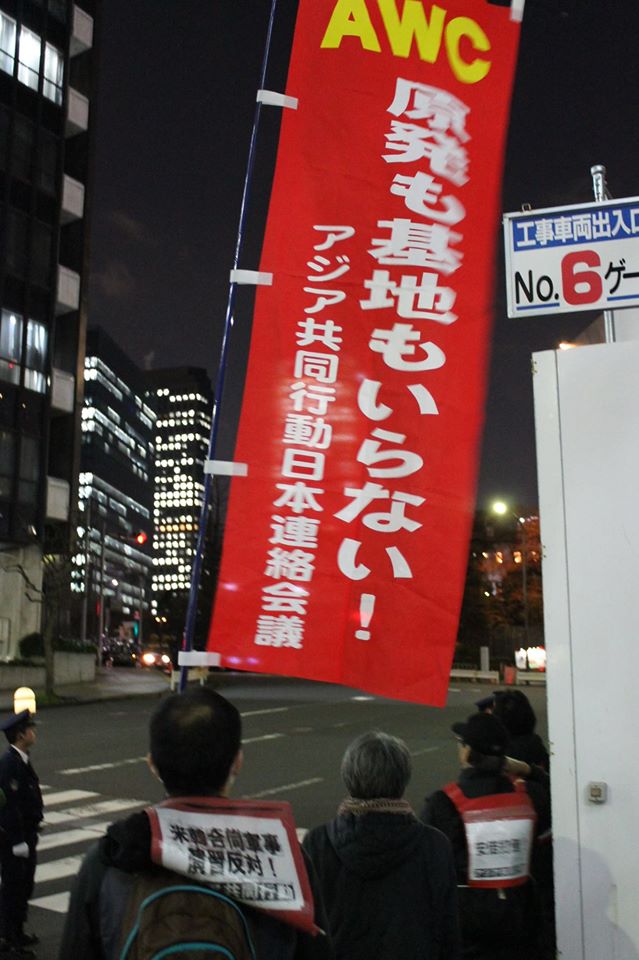 Members of AWC-Japan held a protest against the ongoing U.S.-ROK [South Korea] military exercises in front of the U.S. embassy in Tokyo.