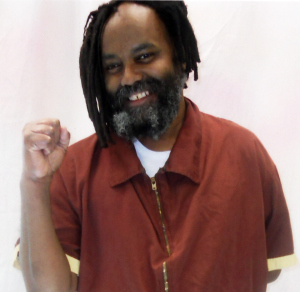 The following statement was circulated by Prison Radio

On May 18, 2015, attorneys for political prisoner Mumia Abu-Jamal filed a lawsuit in the Middle District of Pennsylvania federal court seeking immediate access to their client, who has been held virtually incommunicado at the Geisinger Medical Center since Tuesday, May 12. Abu-Jamal has been denied all communication with his attorneys since that time.

Bret Grote of the Abolitionist Law Center and Robert Boyle, attorneys for Abu-Jamal, are plaintiffs in the action along with Abu-Jamal. A motion for preliminary injunction and a temporary restraining order was filed with the lawsuit asking that the court issue an order granting Abu-Jamal visitation with his attorneys and wife, Wadiya Jamal.

On Tuesday May 12th in the evening, Mumia was taken from the prison infirmary to Geisinger Medical Center in Danville, Penn. Since that night he has not been allowed any visits and has been prevented by the hospital and the PA Department of Corrections from his constitutionally protected access to the courts and counsel. In addition, his immediate family members have been prevented from visiting him.

Bret Grote notes: "The DOC is once again demonstrating its contempt for human rights and proper health care by holding Mumia Abu-Jamal incommunicado from his family and lawyers. Instead of recognizing the value of family support and legal consultation in protecting and improving his health, the DOC is treating Mumia like a piece of property that it can withhold access to and information about arbitrarily and with impunity."

According to Abu-Jamal’s attorney, Robert Boyle, The immediate relatives of a prisoner have a right to know the medical status of their loved ones in the case of hospitalization; and all prisoners have a right to communicate with their attorney, especially in case of an emergency. That my client and his family have been deprived of these rights is a constitutional violation."