This appeal was originally circulated by The People's Forum 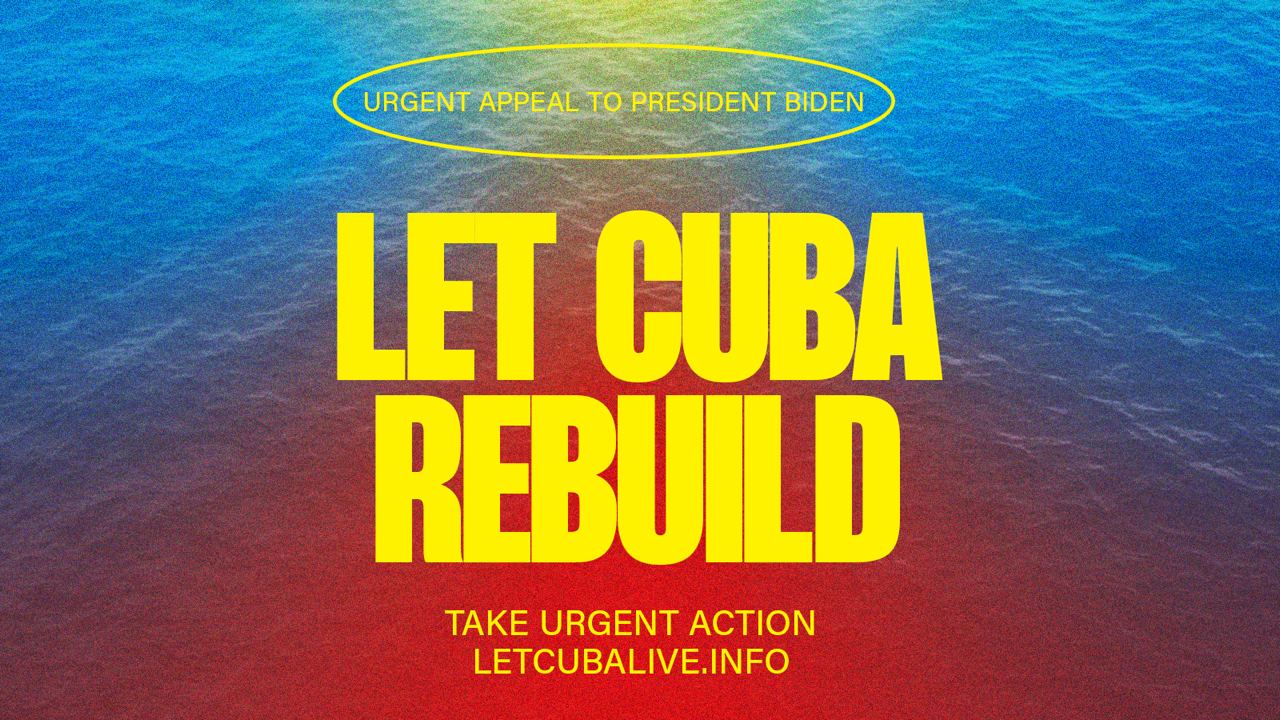 On September 27th, Hurricane Ian made landfall on Cuba as a Category 3 storm. Over 50,000 were evacuated, the island lost power, and over 50,000 homes were destroyed. Now the efforts to rebuild are in full force, but the U.S. embargo and sanctions regime are preventing aid from arriving.

This Sunday the New York Times will carry an ad with an urgent appeal to President Biden asking him to temporarily waive US sanctions so Cuba can directly purchase construction materials for rebuilding. We also demand that Cuba be removed from the State Sponsors of Terrorism List that make banks in both the United States and abroad reluctant to process any transactions, including humanitarian donations. We have placed this ad to put pressure on Biden and to raise awareness of the sanctions regime that are collectively punishing the people of Cuba at their time of greatest need.

DONATE and help us fundraise to urgently send roofing material and other construction supplies to the Cuban people. 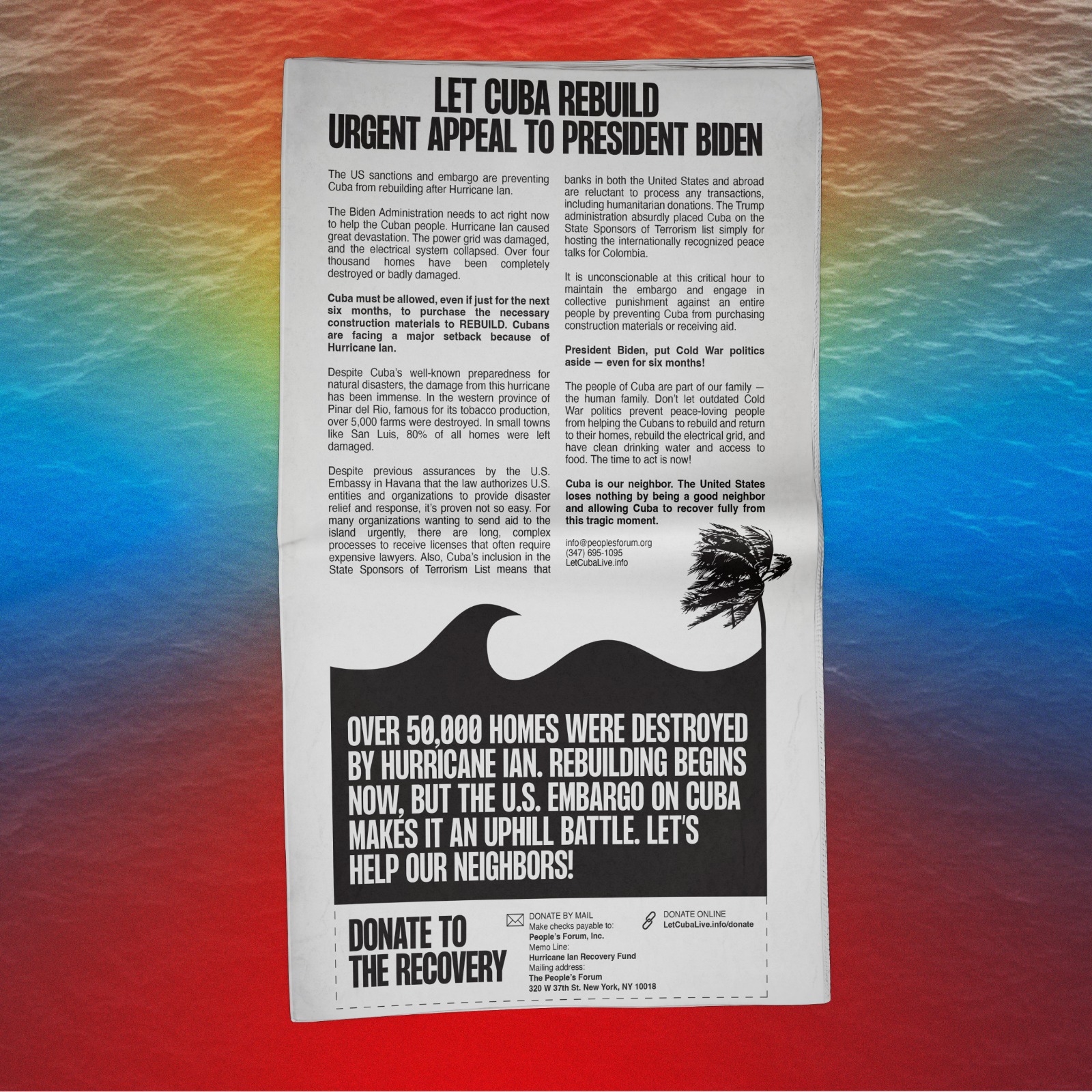 We are calling on allies in movements across the United States to help with this campaign to Let Cuba Rebuild. We are both collecting donations to help with rebuilding efforts, and asking others to sign onto and share this letter demanding that Biden at least suspend the sanctions to allow building materials to be purchased.

It is unconscionable at this critical hour to maintain the blockade and engage in collective punishment against an entire people. The people of Cuba are human beings and our neighbors. They have all the same desires as the millions in Florida who are today surveying the damage to their homes, and anxious to rebuild. Just imagine if those millions were cut off from purchasing construction materials or receiving aid; no one would stand for it, and we can’t stand for this either.

Spread the word on social media!