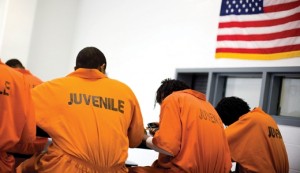 The moment that a child enters into the criminal justice system a record is created.

The “justice” system touches every working-class and poor person in the United States, but few people really understand or know how to navigate it. The ins and outs of the justice system are not taught in schools and they are often kept secret by police and judges. This is particularly true of the juvenile justice system.

On Aug. 25, an important workshop on the juvenile justice system took place at the Fountain of Life church on Syracuse’s Southside. The event was organized by the Center for Community Alternatives and hosted by the National Action Network, ANSWER Coalition and NAACP. It was part of the Disproportionate Minority Contact program (DMC), which works towards reducing racial disparities within the juvenile justice system.

Juanita Gamble and Emily NaPier, co-cordinators of the DMC, led the workshop and discussion. Participants learned the different phases of the system, the possible outcomes at each phase as well as helpful hints towards successfully advocating for targeted children.

“You can’t trust the police to tell you what to do,” and “It’s really, really important to use your right to remain silent,” were two words of advice that Gamble told the crowd, which nodded in agreement. “Do not allow the police to talk to your child without you. Make it very clear that the child should only talk to their attorney,” she reiterated later.

One woman, Betty Palmer, attended the workshop because her 17-year-old son was recently arrested. Palmer and the audience were surprised to learn that even 16-year-olds are considered and automatically prosecuted as adults within the system. “The criminal justice system is the only area where a 16-year-old is considered an adult,” NaPier said. “Everywhere else, they are considered children.”

Outraged, Pastor Davenport, the vice-president of the National Action Network, shouted “We’ve got to fight that!”

Even though her son is considered to be an adult, Palmer thought that the workshop was very useful. “The community needs to be aware of this,” she told SyracuseAnswer.org.

There will be another workshop focusing specifically on race and the juvenile justice system that will take place on Sept. 13 at 6pm. The event will also be held at the Fountain of Life Church on 700 South Ave, and will be hosted and organized by the same organizations. For more details, check out the event listing.