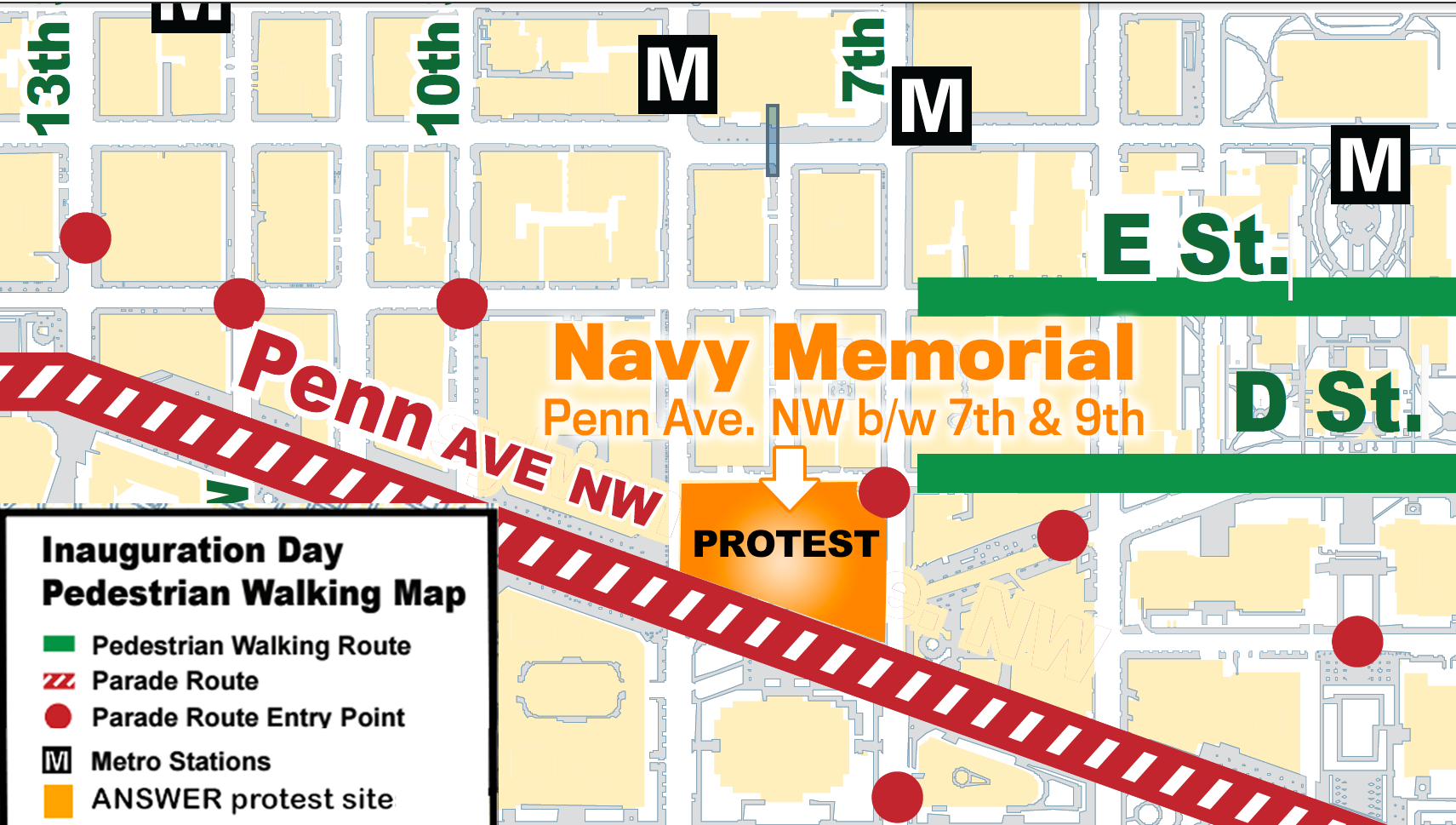 We will post information here as we have it — please come back frequently for updates.

The demonstration will begin at 7:00 a.m. and continue until after Trump passes at the conclusion of the parade, which will be sometime in the afternoon. Throughout that time, there will be speakers, music, chanting, etc., and then we will be right there when Trump goes by.

Pedestrian and vehicular maps released by the Secret Service of street closures on Jan. 20 Inauguration Day

Source: Page 16 of the attached PDF, released by the Secret Service

Inaugural events attendees are encouraged to use public transportation, as many streets in and around the Capitol Grounds and the National Mall area will be closed to private automobiles for much of the day. Metro plans to run special rail service on Inauguration Day to support large crowds traveling to and from the National Mall and other events in the region.

Metro's website is wmata.com. For important real-time updates regarding Metro service and parking availability, follow @wmata, @metrorailinfo and @metrobusinfo, and sign up for Metro Inauguration Alerts by texting POTUS to 90360. For Metro travel information by phone, call (202) 637-7000 [TTY 202- 962-2033].

Transportation and security planners anticipate up to 1,500 private buses carrying approximately 100,000 participants to Washington, D.C. for the Inaugural events. Parking is only available at RFK Stadium and must be reserved in advance at http://goground.com/pi2017/home. From RFK Stadium, passengers will be able to take Metrorail, walk, or, in limited cases, take shuttle buses to the Inaugural events.

Charter buses will not be able to park and/or drop off passengers at any Metro station in Washington D.C., Virginia or Maryland. All transportation providers planning to travel to the District of Columbia during Inauguration Week with chartered buses, motor carriers, etc., must obtain a trip permit from the