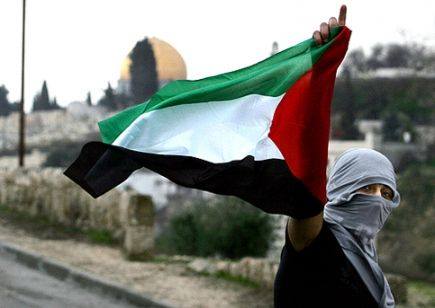 Syria, Palestine and the future of the Middle East

As Israeli settlement activity and deadly attacks by both Israeli soldiers and settlers have intensified, so too has Palestinian resistance-both organized and spontaneous. The mainstream media here has headlined the deaths of 9 Israelis between Oct. 1-21, while largley ignoring the fact that over 50 Palestinians have been killed and over 1,500 wounded during that same period.

While the fighting has intensified in Palestine, so too has the conflict in Syria taken quick and unstable turns since the entrance of Russia at the request of the legitimate Syrian government to combat ISIS, Al-Nusra Front, and other terrorist groups. This week the U.S. military announced their intention to send in ground troops to Syria - a move that theatens to cause wider conflicts regionally and globally.

Join us for a special forum discussing these pressing developments in the Middle East.

Limited parking on Westmoreland and 8th. Red and Purple line to the Wilshire/Vermont Station.

Protest Netanyahu visit to U.S.
L.A. protest to be held in coordination with mobilization in at the White House

The infamous war criminal Benjamin Netanyahu has been once again invited to Washington to meet with President Obama and Congressional leaders. Netanyahu is responsible for, among other crimes against humanity, the murderous 2014 assault on Gaza, that took the lives of 2,100 people including 500 children, wounded more than 10,000 and left hundreds of thousands homeless. Netanyahu presides over a racist apartheid system that has jailed, tortured and killed thousands of Palestinians, as Israel confiscates more and more Palestinian land every day. All of these crimes are funded by U.S. tax dollars, amounting to more than $3 billion per year!

Join us to say: