Los Angeles, Syracuse and Tacoma: We stand with Gaza! 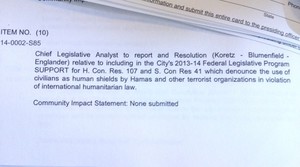 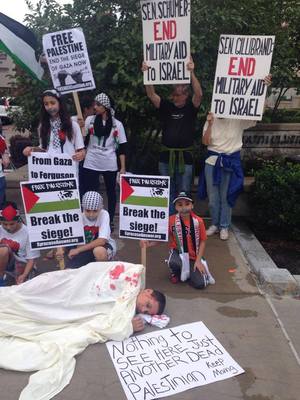 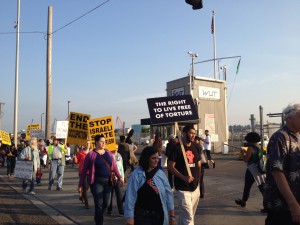 The following reports were originally published by Liberation News

On Aug. 15, the Los Angeles City Council was prepared to pass a resolution echoing the propaganda whitewashing the massacre in Gaza.  The resolution, introduced by Los Angeles City Councilmen Bob Blumenfield, Paul Koretz and Mitch Englander, states its purpose is to “denounce the use of civilians as human shields by Hamas and other terrorist organizations in violation of international humanitarian law.”

It did not contain a single word about the flagrant war crimes committed by the Israeli military.

Israel’s relentless massacring of children was the target of a spirited protest and march at the Syracuse Federal Building Aug. 22.  Children and youth played a leading role in the entire event, but the highlight was when they staged a “die-in” to highlight the disproportionate suffering of the Palestinian people.

Over 300 activists from all over the Pacific North West converged on the Port of Tacoma today to attempt to prevent the unloading of an Israeli ship, the Zim Chicago. People carpooled in from Olympia, Tacoma, Seattle and even Spokane to the Port, which is in a very isolated industrial area. Protesters leafleted the longshore workers at 3:00 and 5:00 a.m., and set up militant picket lines at three different locations starting at 6:30 a.m.