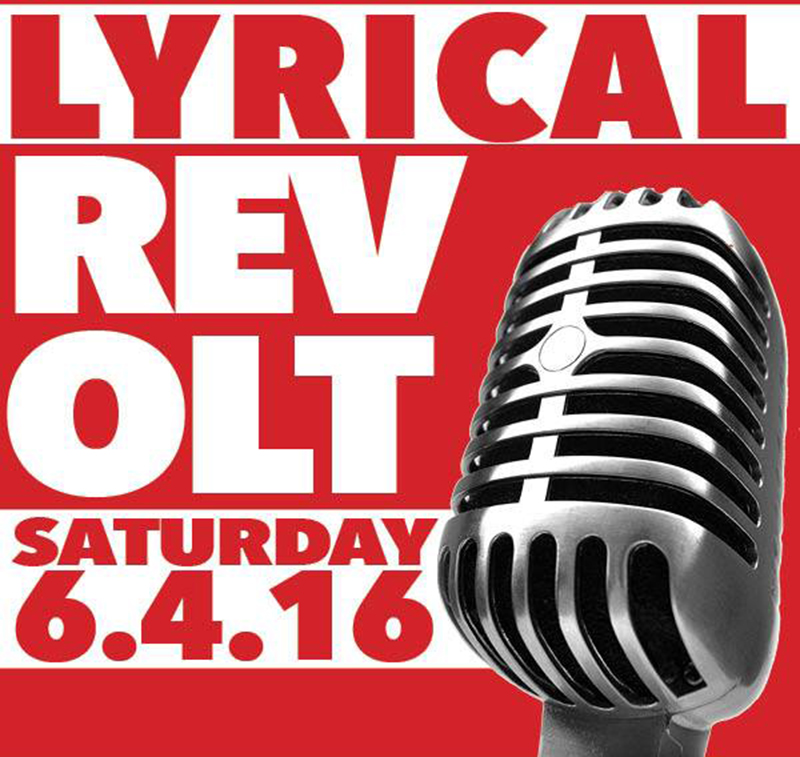 You are invited to LYRICAL REVOLT, a political-artistic space for expression through any vocal medium. Join us as we use the power of our words and art to battle the injustices that face the world today.

Every four years in the presidential elections we are presented with candidates from the Democrats and Republicans who work hand-in-hand to run the country in the interest of the banks, corporations, and the Pentagon.

The 2016 elections have demonstrated the illusion of democracy in the United States as calls for serious change are stifled and pushed towards a Trump-Clinton race. Donald Trump is openly supporting violent racism. Hillary Clinton proclaims herself a “progressive,” but is in reality a tried and proven warmonger responsible for death and destruction in many corners of the globe.

There are alternatives to voting for racists and warmongers. Now more than ever there is an urgent need to denounce the rigged, two-party system and organize to fight for systemic change.

This open mic is dedicated to building a united mass people’s movement beyond the elections to fight for a new system where the power is in the hands of the people, not the 1% and Wall Street.

View a short video with clips from past Lyrical Revolts