Major breakthrough in the fight to free Mumia Abu-Jamal 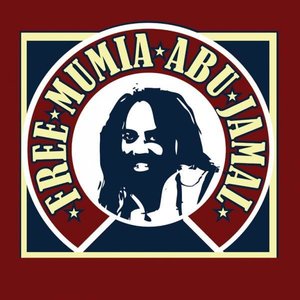 In a major break in a decades-long struggle, Pennsylvania Common Court of Appeals Judge Leon Tucker ordered the release of a trove of documents relating to the unconstitutional involvement of former Pennsylvania District Attorney and Pennsylvania Supreme Court Chief Justice Ronald Castille in the trial of longtime political prisoner Mumia Abu-Jamal. This discovery order represents a significant development in the struggle to restore Mumia’s appellate rights and, eventually, to overturn his wrongful conviction in the 1981 shooting of a Philadelphia police officer.

This order is a consequence of the 2016 victory of death-row inmate Terrence Williams in the U.S. Supreme Court case Williams vs. Pennsylvania. This case brought to light ongoing and long term corruption, hypocrisy and unconstitutional violation of due process by the Pennsylvania DA’s office and Ronald Castille in particular, and resulted in a new trial for Williams.

In the decision to Williams vs. Pennsylvania, the Supreme Court ruled that Castille’s practice of refusing to recuse himself from ruling on cases he prosecuted as District Attorney and Assistant District Attorney violated Williams’ fourteenth amendment right to due process. Justice Anthony Kennedy wrote in the decision to Williams vs. Pennsylvania that “Because Chief Justice Castille’s authorization to seek the death penalty against Williams amounts to significant, personal involvement in a critical trial decision, his failure to recuse from Williams’s case presented an unconstitutional risk of bias.”

Justice Kennedy also notes in the decision that the PA District Attorney’s office engaged in significant prosecutorial misconduct in Williams’ case, suppressing both “material, exculpatory evidence” and evidence of Castille’s involvement in the case as DA. The hypocrisy of the latter misdeed is particularly acute—Castille campaigned for the Supreme Court position on a platform of actively pursuing the death penalty, and is on the record bragging about his personal involvement in many death sentences. He then argued in Williams vs. Pennsylvania that he had no “critical involvement” in Williams’ sentencing—despite being the District Attorney—in an ill-fated attempt to prove that he did not violate Williams’ due process rights.

Castille also prosecuted Mumia’s case as DA and then ruled on his appeal as a Pennsylvania Supreme Court Justice. Because of this, the ruling in Terrence vs. Williams represents a new avenue in the struggle to restore Mumia’s appellate rights and eventually overturn his conviction.

On April 24, Christine Swarns, Esq. (litigation director of the NAACP Legal Defense Fund) and Judith Ritter of Widener University made the case for the discovery order to Judge Tucker, on the grounds of the precedent set by Terrence vs. Williams. Tucker issued the discovery order on April 28, and the Pennsylvania DA’s office has thirty days from that date to produce the documents.

This new information will make it possible to demonstrate the history of rampant corruption, hypocrisy and illegal conduct of the Philadelphia Police Department and DA’s office, in general and with respect to their involvement in Mumia’s case. As the entirety of Mumia’s ordeal shows, the struggle in the streets will need to continue to make a legal victory possible.