The following update was originally circulated by Justice First, a grassroots activist organization in Washington, D.C. and New York, N.Y., fighting for the rights of poor and working people. Click here for background information on the struggle against gentrification in the Congress Heights neighborhood of Washington, D.C. 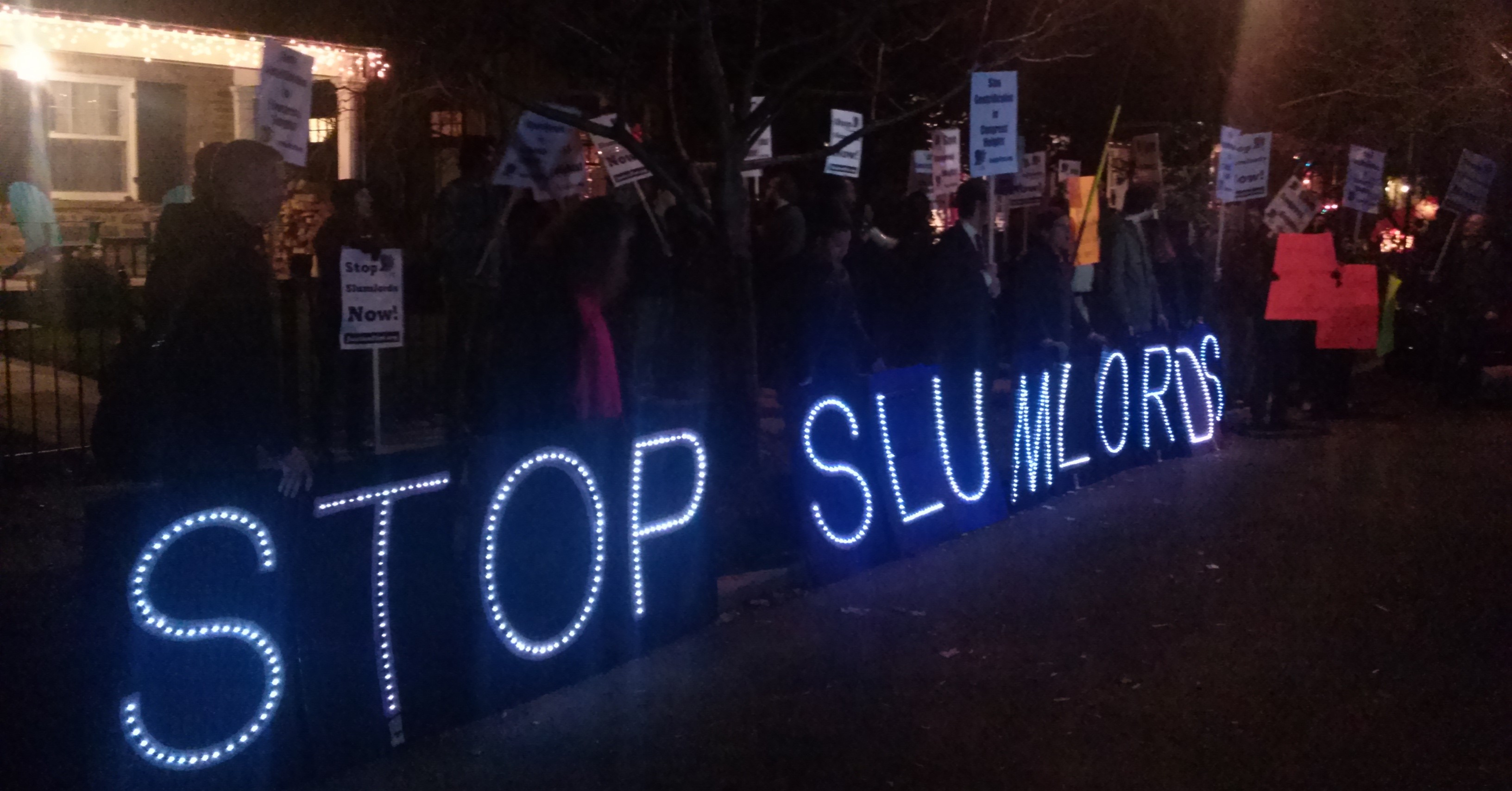 Our actions against slum conditions in Congress Heights are getting results! Last week, the Office of the Attorney General filed a "receivership" lawsuit asking the court to take control of these properties from Sanford Capital. As reported in the Washington Post and NBC 4, the AG stated that the "extreme state of disrepair" over a period of time showed that repairs must be made immediately.

If the court rules in favor of the AG's lawsuit, the District government will be able to immediately take action to bring the buildings up to code. In addition, in early February the D.C. Council will be holding a public roundtable on conditions at the Congress Heights properties. We will be letting you know more in coming days about how to participate, but feel free to email us now to let us know you're interested in testifying.

This a big victory for the tenants and all of us who have stood in solidarity with them. When we started this work, the only thing the District government was doing was facilitating the displacement and slum conditions at these properties. Now—due to our hard work, and steadfasteness of the tenants to expose the corruption, the slum living and the terrible plans for displacement—that is changing.

But the struggle isn't over. Even with the repairs the tenants could still be at risk of displacement. We need to continue to keep the pressure up on Sanford Capital and their partner Geoff Griffis to stop trying to wait out the tenants and allow them to exercise their legal right to buy the building.

This will require a continued campaign in the courts, at the Council and on the streets to keep this issue from fading away or being swept under the rug. Expect to hear from us again soon about a range of upcoming actions we will be taking over the next month and a half.

We can see the finish line but we can only get there with your help! Please donate to help keep these efforts against slums and displacement going. We are going up against some of the richest and most powerful development forces in the District, but look how far we've come. With your help we can go even further.