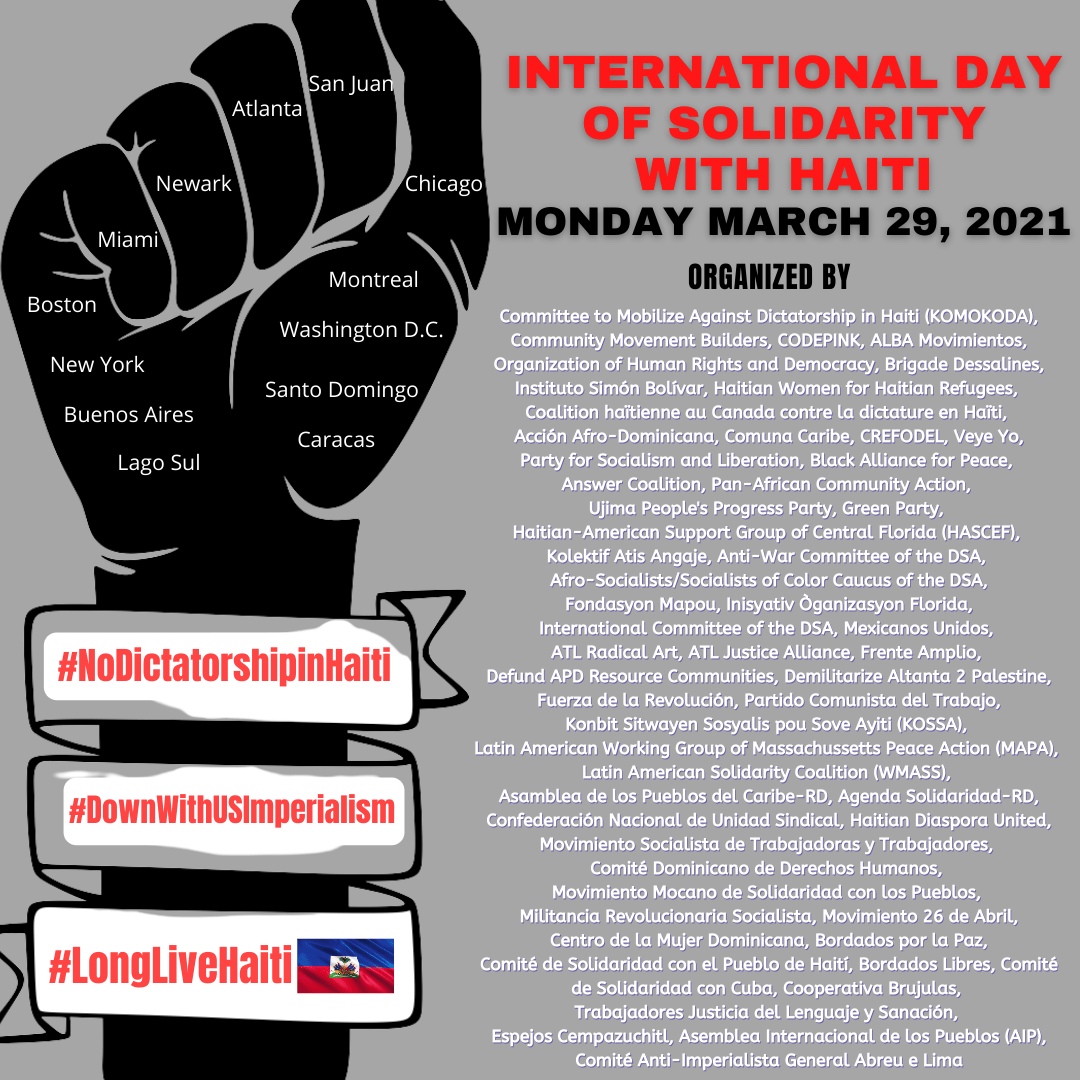 An emergent alliance working to build an international chain of solidarity with the people of Haiti is calling for a day of protests on Monday, March 29 in multiple cities across the Americas and around the world in support of the struggle happening on the ground in Haiti. March 29 was chosen by the coalition because it marks the anniversary of the Constitution of 1987 following the 29-year dictatorship of the Duvalier regime.

17 years of a U.S.-UN military occupation paved the way for 10 years of a U.S. imposed dictatorship in Haiti. The regime has turned the police force into government death squads. State corruption and land grabs are rampant. Youth in popular neighborhoods are armed to the teeth by the government and the oligarchs to fight and kill one another, to create chaos in the streets, and to keep the people in these neighborhoods from joining anti-government protests. For the first time in the history of our country wanton murders, kidnappings and rapes are a daily occurrence.

Despite this dire reality, the people of Haiti are in the streets fighting to overthrow neocolonialism and dictatorship, continuing our centuries-old struggle for true freedom and self-determination.

We invite you to join us in these efforts to stand in solidarity with the people of Haiti!

Actions will take place on Monday, March 29, in the following cities in the U.S.:

New York: 12noon ET | US Mission to the UN in New York City: 45th Street and 1st Avenue in Manhattan