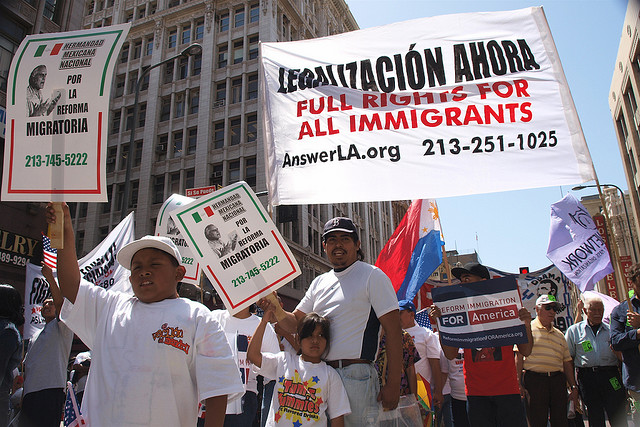 Millions of working families thought they had won some relief from inhumane U.S. immigration policies with President Obama's executive action. But now the right-wing in Congress is fighting hard to delay and totally block DACA and DAPA from taking effect.

DACA and DAPA are not perfect—it does not stop cruel deportations, does not protect many parents of undocumented youth and more, leaving out an estimated 7 million immigrants. But the President's executive action was a major concession granted as a result of a heroic and determined struggle led by undocumented youth and families.

Despite the shortcomings, DACA and DAPA provides much-needed relief for millions of immigrants and their families, and must be defended at all costs. The politicians are trying to forward an anti-immigrant agenda and mobilize their racist constituency.

Only mass street mobilizations of immigrants and their supporters can defend the gains of the immigrant rights movement and forward the struggle for true justice: full legalization and rights for all immigrants!

Join thousands in the streets of LA to say:

Amy Abrenica
Donate to the Movement Volunteer - Get Involved Today