Global Days of Protest March 19-21 on the 17th Anniversary of the U.S. Invasion of Iraq 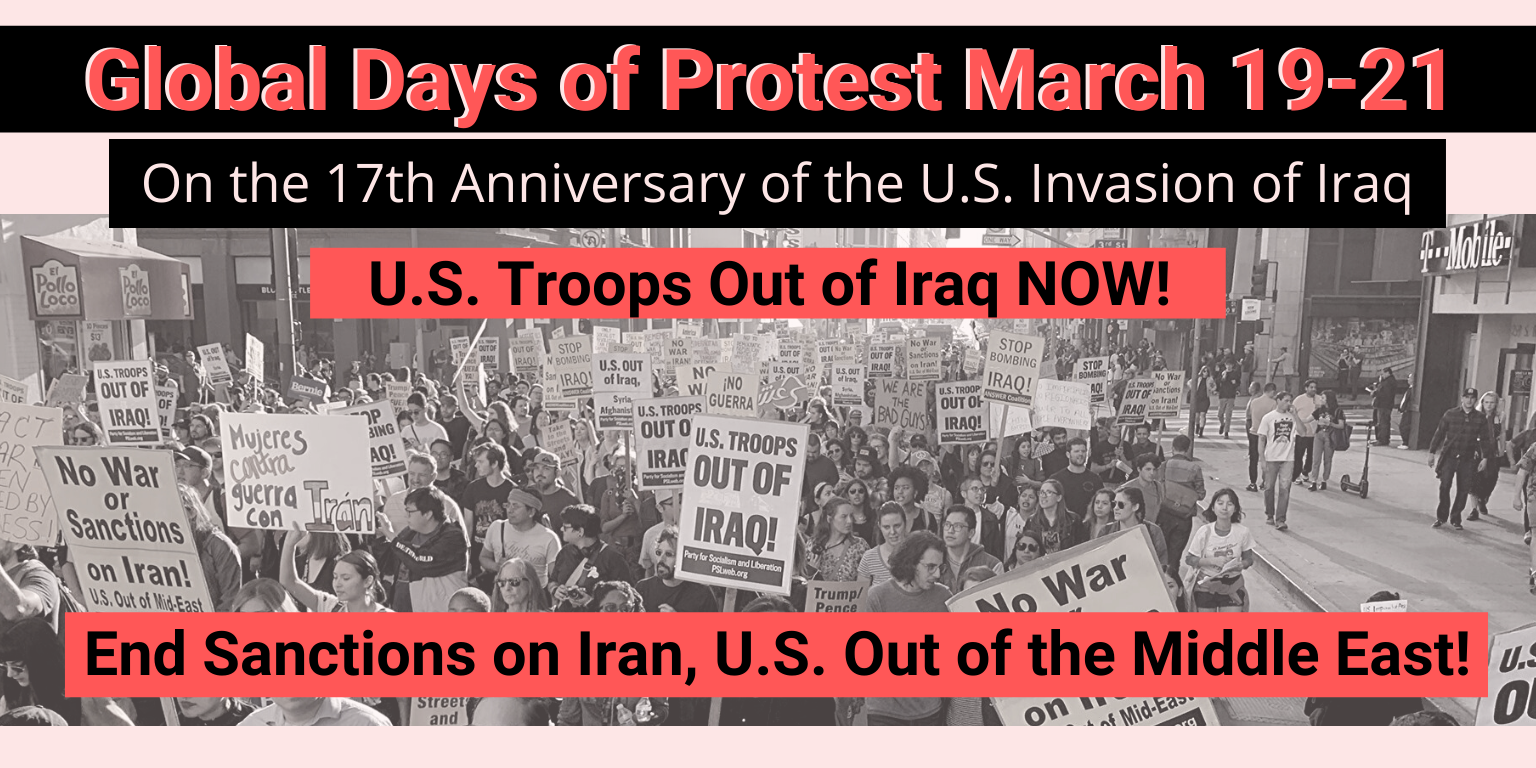 U.S. Troops Out Of Iraq Now!

End Sanctions on Iran, U.S. Out of the Middle East!

The Iraqi parliament voted unanimously to demand that U.S. troops leave Iraq. Millions of Iraqis have taken to the streets demanding that the occupation of their country end. Donald Trump has refused to leave and threatened to seize Iraqi's oil revenues if the Iraqi government follows through on its demands. 17 years ago the U.S. illegally carried out a war of aggression against Iraq based on a lie. Hundreds of thousands of Iraqis died. Tens of thousands of American soldiers either died or suffered life changing injuries.

The occupation of Iraq must end immediately! We are also demanding an end to economic sanctions directed against the people of Iran, Iraq and elsewhere. Join us in a protest in your city or town on the 17th anniversary of the U.S. occupation of Iraq to demand: U.S. Troops Out of Iraq NOW! End Sanctions on Iran, U.S. Out of the Middle East!

Register an event organized in your city here!

Initiators for this call include ANSWER Coalition, Code Pink and others. Register yourself or your organization as an endorser here.