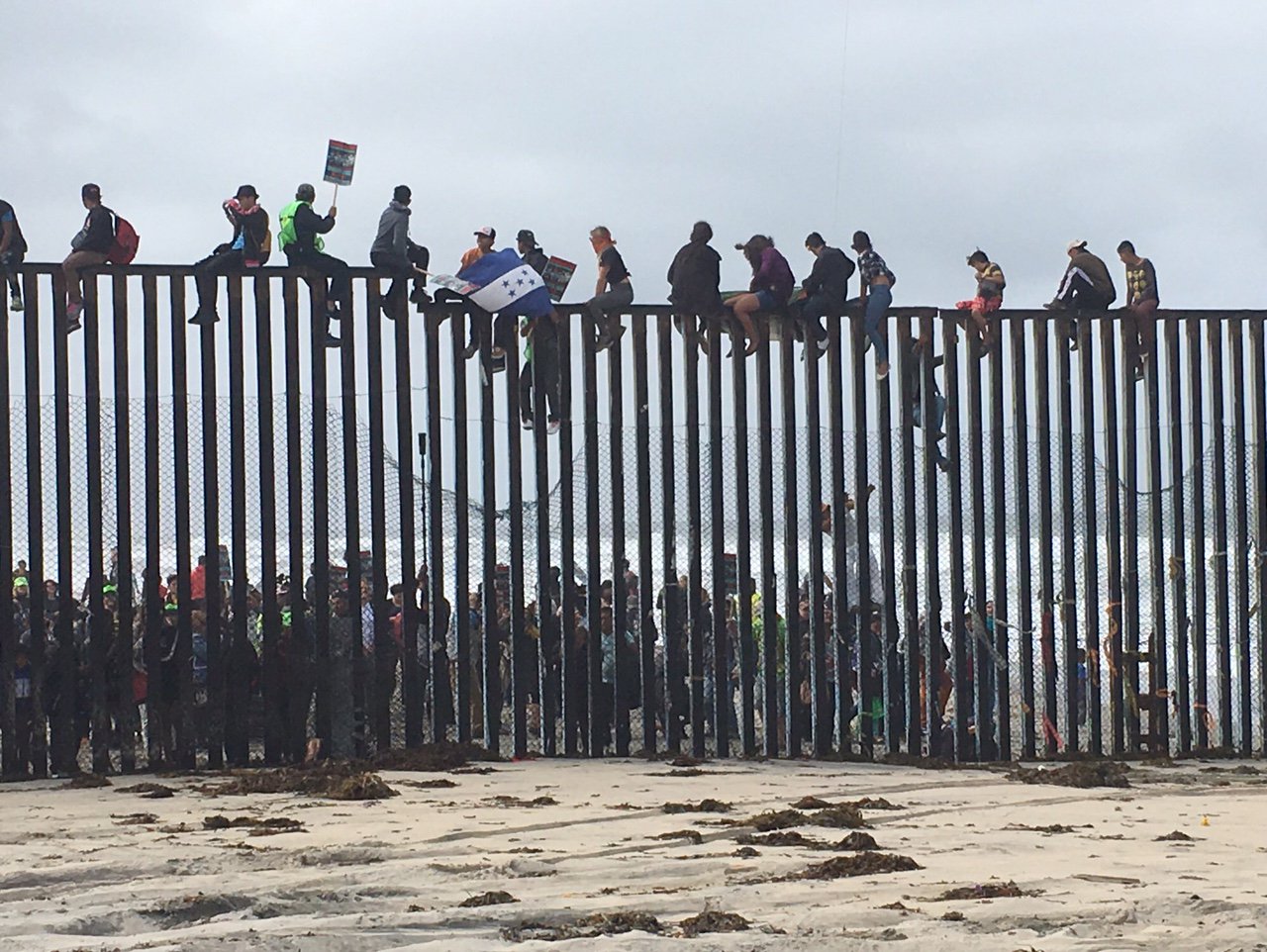 On Sunday, April 29, organizers with the March Without Borders continued their caravan south to Border Field State Park in San Diego County in a show of solidarity with Central American refugees in Tijuana. Organizers in Los Angeles and San Diego had been marching to the border since April 20 hoping to draw attention and support to the plight of refugees fleeing U.S.-funded instability and violence in Central America. The refugees had been traveling since March and arrived in the border city of Tijuana the week prior to begin the process of seeking asylum in the United States.

After overcoming a 4000km journey, threats of familial separation, detention and even violence, the refugees were greeted by a large contingent of supporters on both sides of the U.S.-Mexico border. Organizers with Raices sin Fronteras, the ANSWER Coalition, Armadillos Busqueda y Rescate and Collectivo Zapatisa flew brightly decorated banners, banged drums and sang chants as they marched for nearly 45 minutes to the rally zone, a stretch of beach adjacent to the border.

As organizers arrived at the steel monstrosity that separates the U.S. and Mexico, it became impossible to ignore the contrast between the U.S. and Mexico sides of the fence. On the Mexico side, an area known as El Faro de Playas, we could see children and families swimming in the ocean, people free to move about the area directly around the wall and the sounds of music. Considering that we had to walk through 45 minutes of trails and beach, the image was a welcome sight.

Directly overlooking organizers on the U.S. side were several Border Patrol agents in SUVs. On the U.S. side of the border people are forced to maintain a 25 foot zone away from the walls, effectively separating families from even being able to communicate through a fence. On the Mexico side of the fence, youth and organizers flew kites decorated with messages of solidarity, and exchanged chants with their neighbors in Border Field State Park.

Eventually brave community members even climbed the border fence, perching themselves on top in defiance of the United States’ draconian and racist immigration policy. Some brave children were able to push aside a piece of metal and actually penetrate the fence into the “no man’s land” that is the 25ft exclusion zone on the U.S. side. Seeing these acts of bravery and courage, organizers in the U.S. cheered and called for an end to the border entirely.

After several anxious moments of watching the Border Patrol, the kids eventually returned to the Mexico side of the fence. Organizers were able to leave the beach peacefully, many having plans to meet refugees at the San Ysidro point of entry after their requests for asylum were processed. The event signified the collective power of the international working class on both sides of the border.