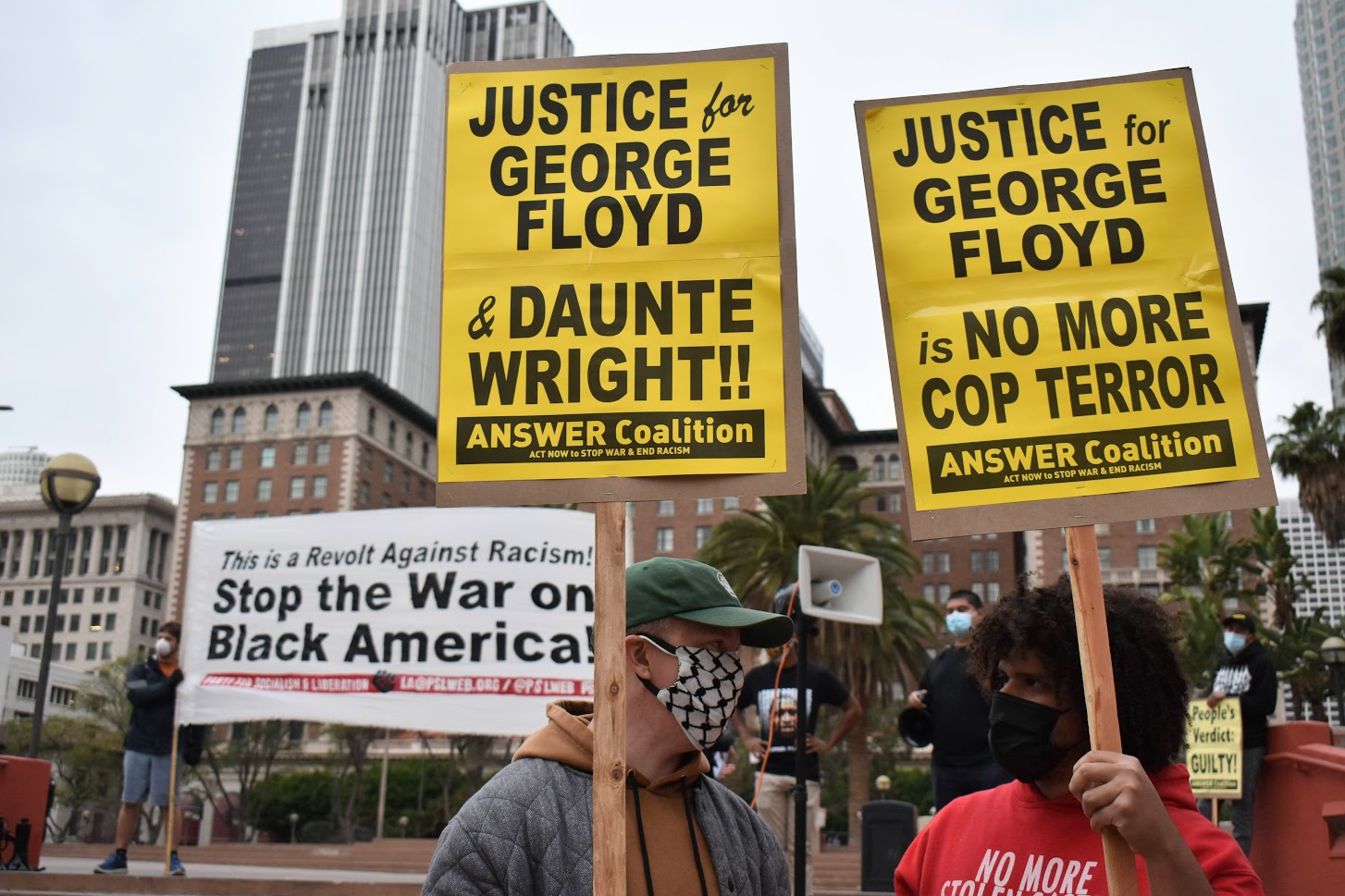 According to the Henry A. Wallace Police Crime Database, which has tracked arrests and prosecutions of criminal cops since 2005, Chauvin is one of only 140 police officers to be charged—and only the eighth to be convicted for murder—in the sixteen years of data collected by the project. Some 16,000 people have been killed by police since 2005. This means that only 0.9% of killer cops face charges, and only 0.05% are convicted.

It is clear from these facts that only the massive rebellion that swept through the United States and across the globe led to Chauvin’s conviction on all charges. The prosecution presented a “pro-police” case, relying on police leadership to cast Chauvin as a rogue individual officer whose actions were an aberration and not representative of the police writ large. That police across the US killed six people in the 24 hours following the verdict, including 16-year-old Ma’Khia Bryant in Columbus, Ohio, shows that this is a lie.

Chauvin’s conviction is not a victory of the establishment, but rather a concession extracted by the people through vigorous and sustained struggle in the streets. This verdict, though sold as “justice” by the ruling establishment, is merely a modicum of accountability for one of thousands of killer cops. Justice for George Floyd would mean an end to the racist police terror that is visited upon Black and Brown communities across the country on a daily basis.

A massive movement of everyday, working people was able to wring one conviction out of a white supremacist system. Only by continuing to build this movement and by forging new institutions of popular power will we win a world where the George Floyds, Daunte Wrights, Adam Toledos, and Ma’Khia Bryants of our communities are not stolen from us by police, but instead are protected and free to live with dignity and respect.