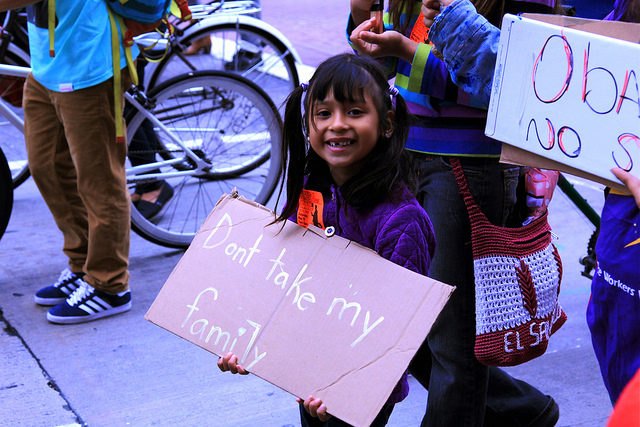 L.A. May Day Actions - Stand for Workers' and Immigrants' Rights!

ALL OUT FOR INTERNATIONAL WORKERS' DAY!

May 1st is International Workers' Day, also known as May Day. Since 1886, it has been celebrated with demonstrations all over the world demanding justice and freedom for all oppressed people.

In 2006, it was the immigrant rights movement that resurrected May Day as a day of action for workers rights in the United States.

This year, mass actions in Los Angeles will center on the struggle for a living wage, the fight against racist deportations, and the burgeoning movement against racist police violence.

ANSWER LA is supporting and mobilizing for the following actions on May 1. Look for the white ANSWER banner to join our contingent at each action!

· 3pm: No Justice Delayed! March for $15 Minimum Wage, No More DACA/DAPA Delays, and Justice for All Communities of Color!
March, Rally and Resource Fair
Gather at Cesar E Chavez and Broadway
Organized by the L.A. May Day Coalition
#MayDaySolidarity
Click here for more info on Facebook!