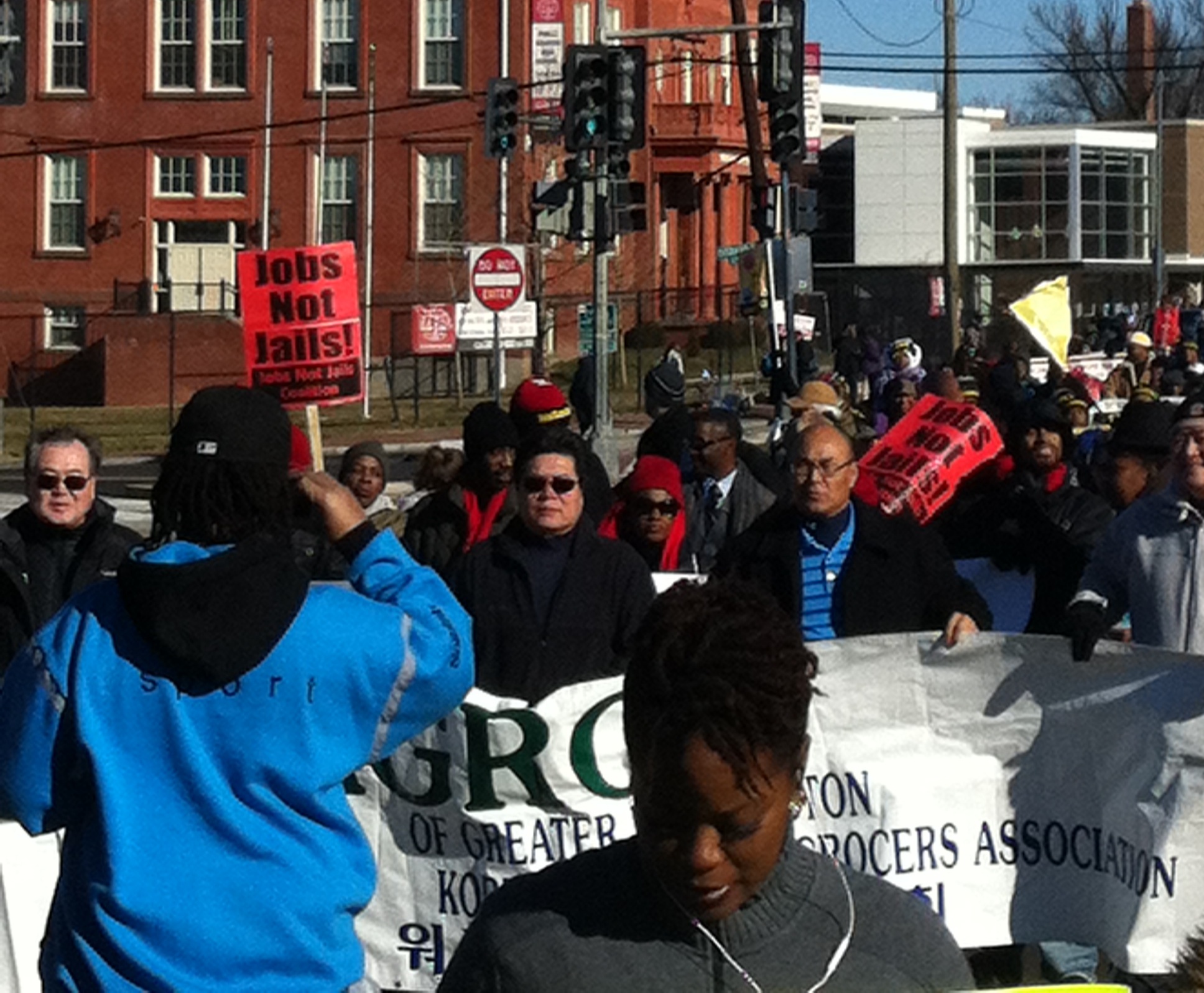 The ANSWER Coalition (Act Now to Stop War and End Racism) joined dozens of community organizations for the seventh straight year at the Dr. Martin Luther King Jr. Peace & Freedom Walk in Washington, D.C., on January 19. ANSWER organizers and volunteers marched in a contingent alongside the Jobs Not Jails Coalition with a banner containing the likeness of Dr. King and his unfortunately still-timely quote that the U.S. government is the world’s “greatest purveyor of violence.”

The Peace & Freedom Walk began with a march across the Fredrick Douglass Bridge in honor of the historic marches from Selma to Montgomery where Civil Rights activists crossed the Edmund Pettus Bridge. Over 100 demonstrators participated in this first leg, joining with several hundred others at a rally held at the historic Black United Fund.

Eugene Puryear, organizer with the ANSWER Coalition and Jobs Not Jails, gave greetings of solidarity to the rally, reminding them that only those who recognized Dr. King’s fight against poverty and militarism could claim his legacy. The rally also featured a performance by Detroit’s Cass Tech High School marching band and greetings from entertainer Nick Cannon, who marched along Martin Luther King Jr. Avenue with the Peace Walk.

The march of several hundred then continued down Martin Luther King Jr. Avenue in the historic Anacostia and Congress Heights sections of its Black community, culminating in Shepard Park at the intersection of Martin Luther King Jr. and Malcolm X Avenues. All along the march, ANSWER volunteers participated in chants of “Jobs Not Jails” and “Save Our Schools,” which directly relate to current political struggles in the city over employment and corporate-driven school reform.

Marchers also participated in a clean-up day that picked up trash along Martin Luther King Jr. Avenue as a beautification project in honor of Dr. King’s legacy. The ANSWER Coalition salutes all those who participated in this year’s Peace Walk!