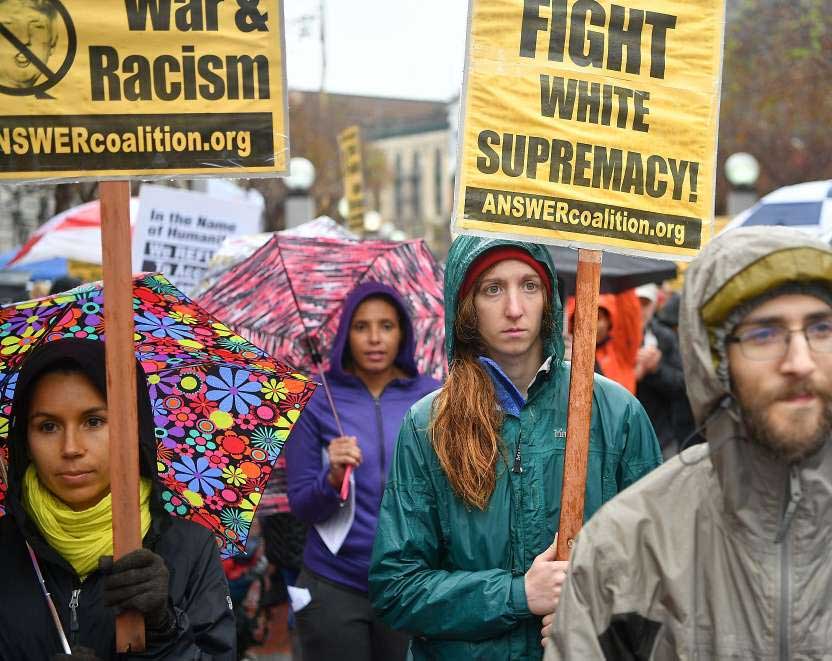 More than 1,000 people marched in San Francisco through the rain and wind on November 19, under the slogan, “Dump Trump and the Trump Program.” The demonstration, sponsored by the ANSWER Coalition, was the latest among hundreds of marches, rallies, and school walkouts that have raged across the country since the Nov. 8 election of the racist, misogynist and anti-immigrant billionaire.

The Nov. 19 protest received wide media coverage, including the article excerpted below that appeared in the Nov. 20 SF Chronicle.

The ANSWER Coalition has called for a mass Counter-Inaugural demonstration in Washington, D.C. on January 20. A solidarity march will be held in San Francisco on that day. Only a mass movement of the people can stop the extreme right-wing Trump program.

Please donate today to support the work of the ANSWER Coalition!

View video and photos from the SF action 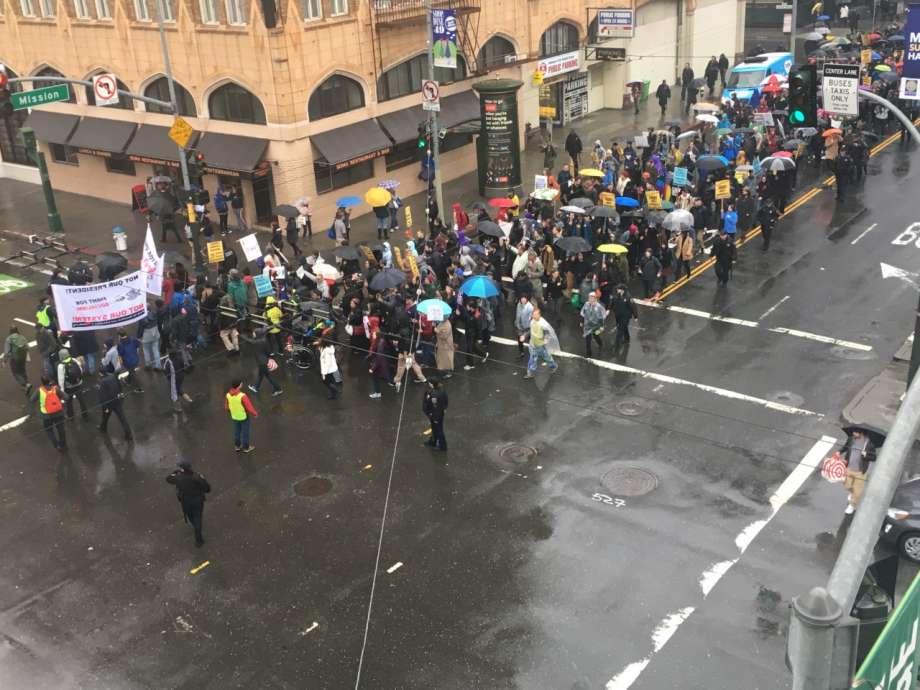 Strong winds and rain didn’t stop several hundred demonstrators from marching through the streets of downtown San Francisco on Saturday, continuing a string of nationwide protests against President-elect Donald Trump.

The marchers, who emerged from a peaceful noon rally at Civic Center Plaza organized by the social justice group Answer Coalition, were escorted by police officers, who directed traffic. Minor backups were reported in the area until demonstrators returned to the plaza shortly before 3 p.m.

“When you look at the first appointment(s) Trump has made, that represents the core of power in the new Trump administration,” said Richard Becker, an activist with Answer Coalition who spoke to the crowd as his poncho rustled in the wind. “What they have in store we do not yet exactly know, but we can know this: It’s nothing good.” Read the entire article here

Please make a generous donation today to help us carry on the fightback against Trump and everything he stands for!