The following update was initially circulated by the Abolitionist Law Center and the Campaign to Bring Mumia Home.

See below for an action alert circulated by Prison Radio. 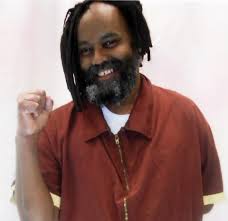 Abu-Jamal's diabetic shock came in the midst of an escalating year-long health crisis that began with a rash in August 2014. The skin condition grew in intensity over the course of the next several months, eventually covering most of his body with a painful, severe rash that is resistant to conventional treatments. The skin condition is abnormal in its duration and intensity, ans has led to lesions, open wounds, and swelling.

The lawsuit filed August 3rd seeks injunctive relief for prison medical staff's failure to treat Abu-Jamal's active Hepatitis C. Recent blood tests provided at the insistence of Abu-Jamal, his lawyers, and consulting doctors have confirmed that Abu-Jamal has active Hepatitis C, which has likely been the underlying cause of his health crisis. Despite the undeniable medical evidence that he is in need of treatment for his Hepatitis C, prison medical staff is refusing to provide any.

Advances in Hepatitis C treatment in recent years have revolutionized the way the disease is treated, with new direct-acting anti-viral medications that have had over 95% success rates in curing the illness in clinical trials. The medications, however, are extraordinarily expensive in the United States due to monopoly pricing practices by the pharmaceutical companies that have patented them.

The Pennsylvania Department Corrections has yet to promulgate a new protocol for treating Hepatitis C with the new medications, meaning that the estimated 10,000-plus people in DOC custody who have Hepatitis C are not receiving any treatment.

The issue is the subject of a class action lawsuit filed in the Eastern District of Pennsylvania federal court in June 2015.

Abu-Jamal is represented by Bret Grote of the Abolitionist Law Center and Robert J. Boyle of New York City.

The following action alert is being circulated by Prison Radio:

Then, please call these numbers below to demand immediate Hepatitis C treatment now! Our calls can turn the tide.