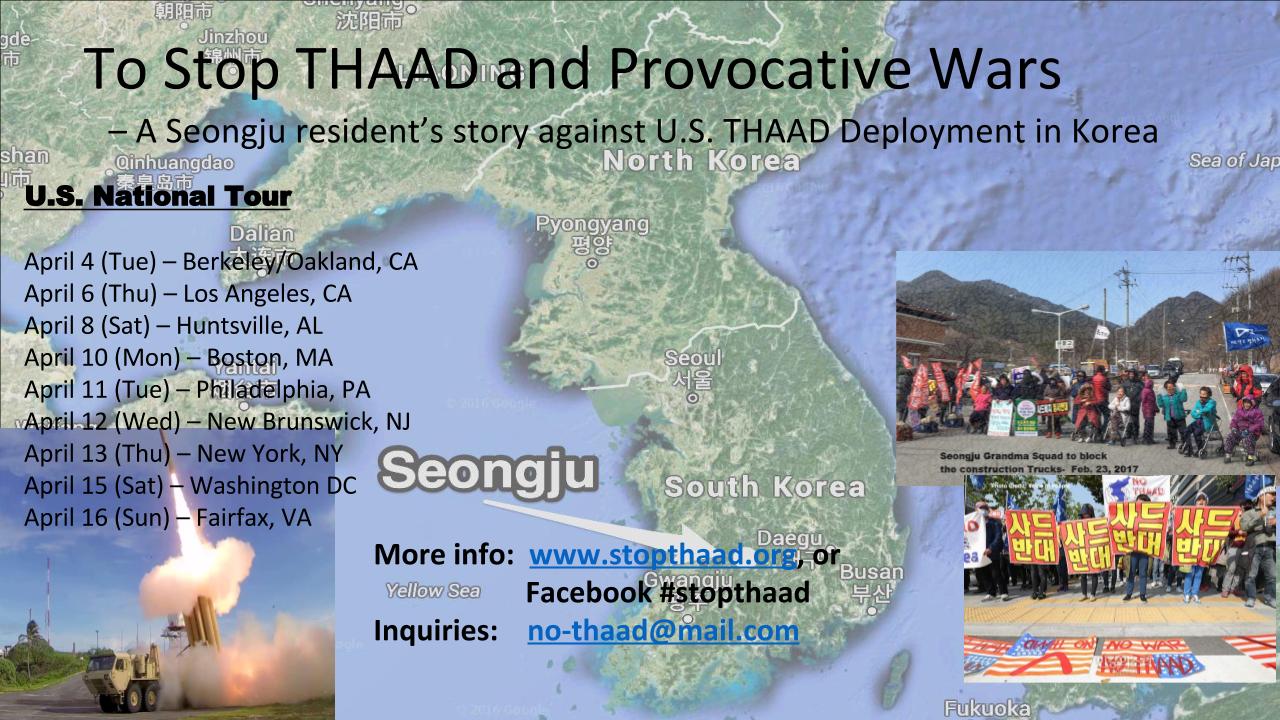 The Task Force to Stop THAAD in Korea and Militarism in Asia and the Pacific is sponsoring a National U.S. Speaking Tour April 4-16 by the Rev. Sunghye Kim, co-chair of the Seongju Struggle Committee to Stop THAAD deployment. Rev. Kim is traveling to the United States from Seongju, South Korea, where she has been a leader in the struggle against the deployment of THAAD. 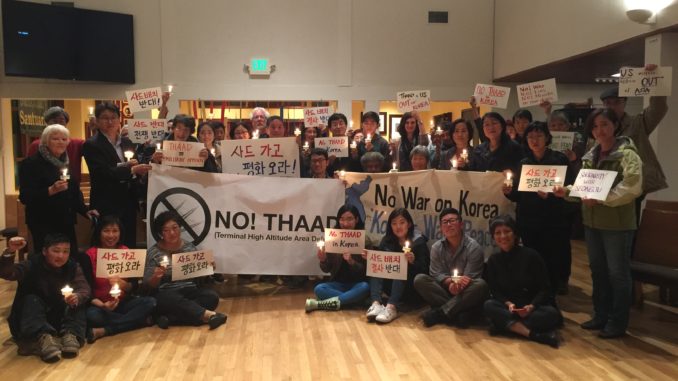 Right now, the U.S. and South Korean governments are trying to deploy the U.S. Terminal High Altitude Area Defense (THAAD) missile system in South Korea – despite the daily protests against it.

Villagers in Seongju and Gimcheon, South Korea have been protesting every day since July 2016 when the plan was announced, as their farms, homes and livelihoods are endangered. Their daily protests against THAAD in South Korea have helped to impeach the current South Korean president, Park Geun Hye.

The residents of Seongju had successfully fought off THAAD deployment in their village – only to see it now being attempted in a neighboring area. The U.S. government is already sending mobile launchers to Korea, so the protests have heightened.

The Task Force to Stop THAAD in Korea and Militarism in Asia and the Pacific has a national steering committee composed of the Solidarity Committee for Democracy and Peace in Korea, Korea Policy Institute, ANSWER Coalition (Act Now to Stop War and End Racism), Veterans For Peace - National Office, Philadelphia Committee for Peace and Justice in Asia, and Global Network Against Weapons & Nuclear Power in Space.

The National Tour is hosted by the Task Force to Stop THAAD in Korea and Militarism in Asia and the Pacific, and supported by Korea Policy Institute, Channing and Popai Liem Education Foundation, and Global Network Against Weapons & Nuclear Power in Space.

You can also find the full tour listing on the StopTHAAD.org website, and see coverage of the tour from Zoom in Korea, where you can also read news and analysis about Korea.