Thousands of protesters across the United States joined the global protests held in the aftermath of Donald Trump's declaration that the United States recognized Jerusalem to be the capitol of Palestine. Below are excerpts from reports compiled from Liberation News. 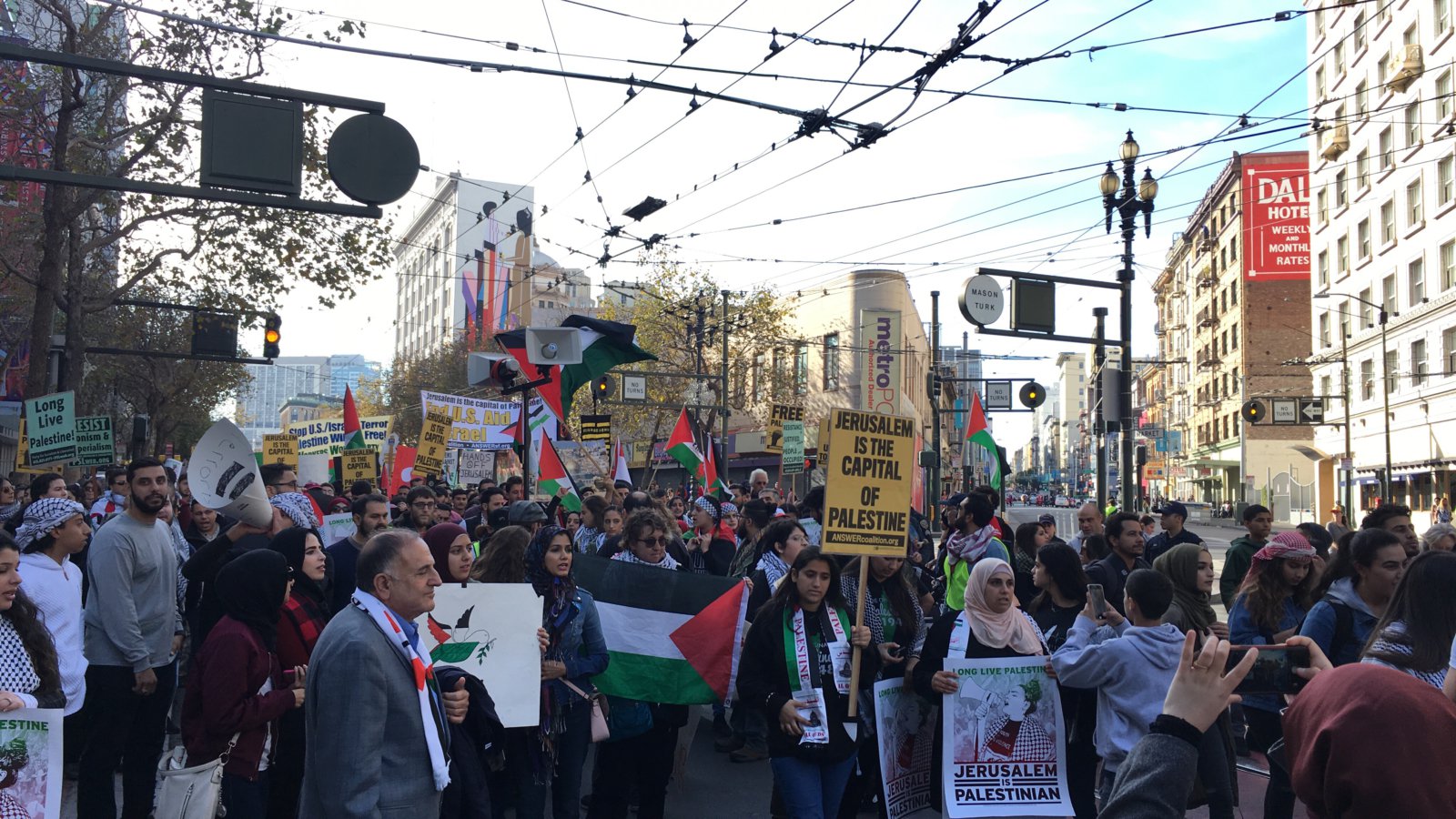 More than 1,000 people rallied and marched through the streets of San Francisco on December 9 in solidarity with Palestine and the struggle for self-determination, all in the wake of Trump’s declaration of Jerusalem as the capital of Israel.

Chants echoed throughout Civic Center: “There is only one solution: intifada, revolution!” and “Netanyahu, you can’t hide, we charge you with genocide!”

The rally and march was organized by the Arab Resource and Organizing Center (AROC) and cosponsored by many other groups. 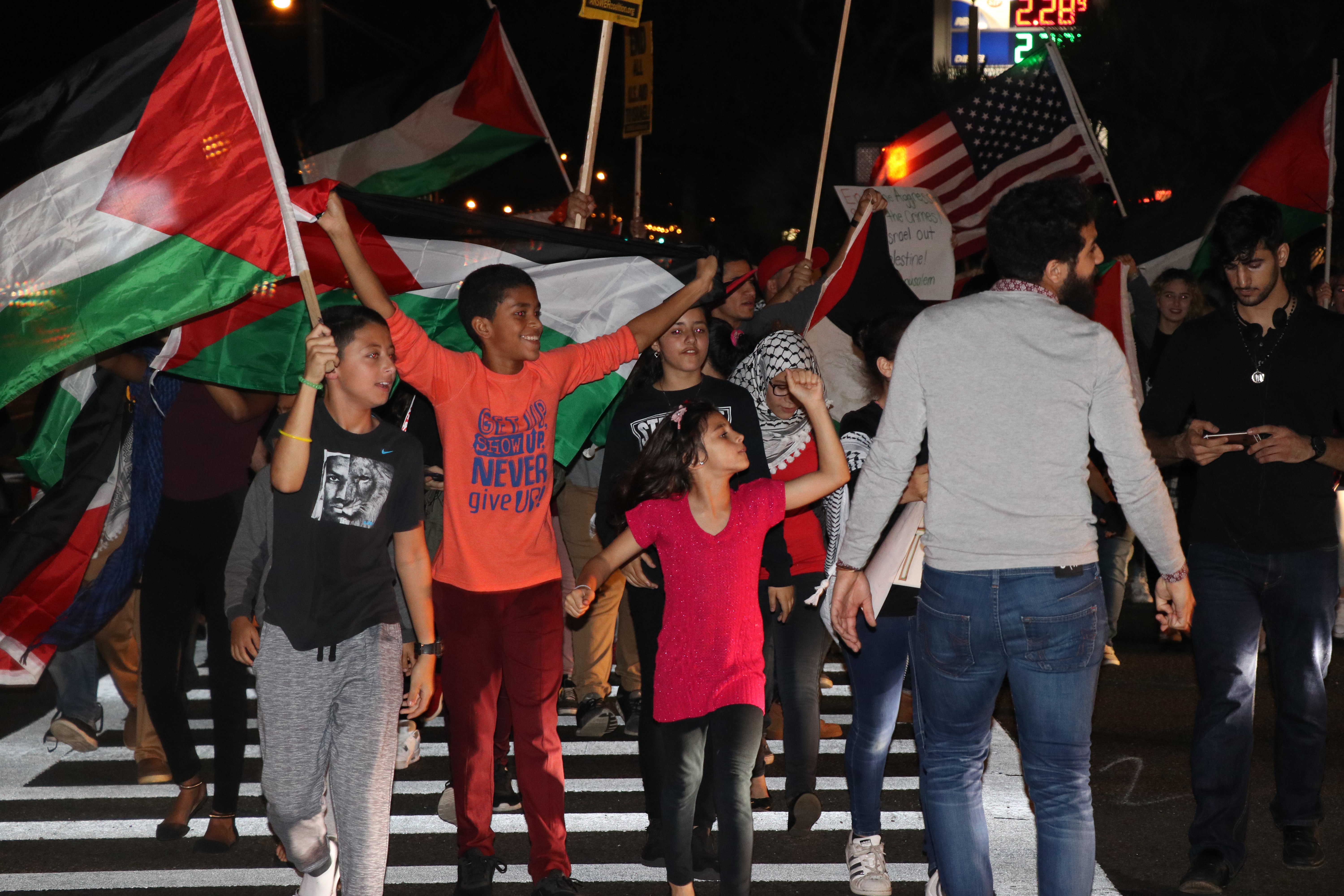 On December 8, over 300 people gathered in Tampa to protest Donald Trump’s decision to move the U.S. embassy to Jerusalem and declare Jerusalem as the capital of Israel, a decision that runs against international law.

Tampa joined hundreds of cities across the world in protesting the decision. The majority of protesters were Arab and Palestinian, raising dozens of Palestinian Flags and chanting “Free, free Palestine!” and “Hands off Jerusalem!” The spirit was one of anger, but also one of empowerment as people of all ages — the youngest being two years old and the oldest being 70 — joined together to fight for the freedom of Palestinians. 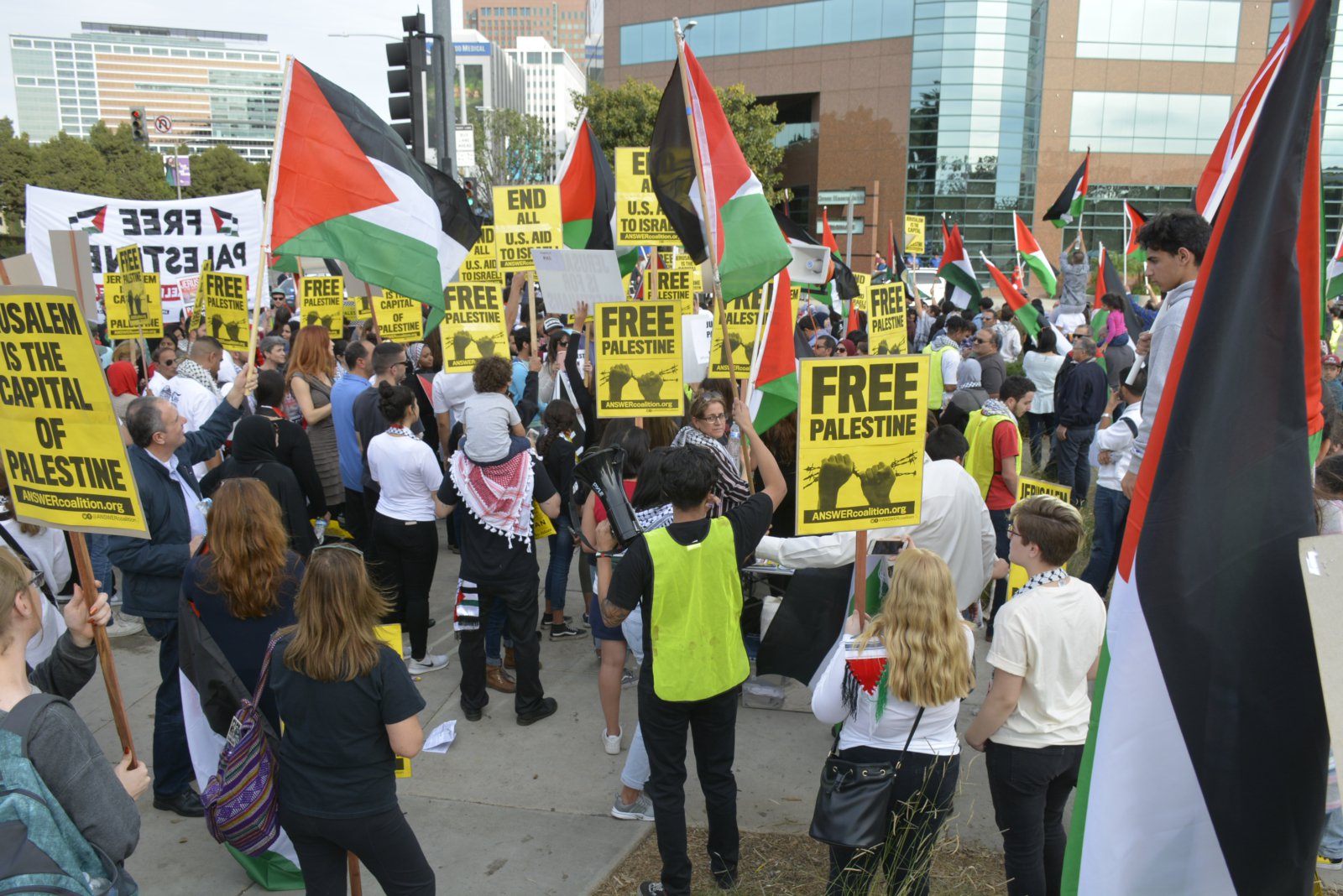 Over 2,000 people took to the streets outside of the Los Angeles Westwood Federal Building on December 10, chanting, “No Wall, No Ban, No Embassy on Stolen Land!” and “From Palestine to Mexico, all the walls have got to go,” as the crowd unified in solidarity with Palestine. The demonstration mustered the weekend following Donald Trump’s outrageous announcement that the United States would recognize Jerusalem as the capitol of Israel.

People came from all parts of Southern California, including Orange County, Riverside and Oxnard, to defend Palestine and to denounce this week’s announcement by President Trump to move the U.S. embassy from Tel Aviv to Jerusalem/Al-Quds. 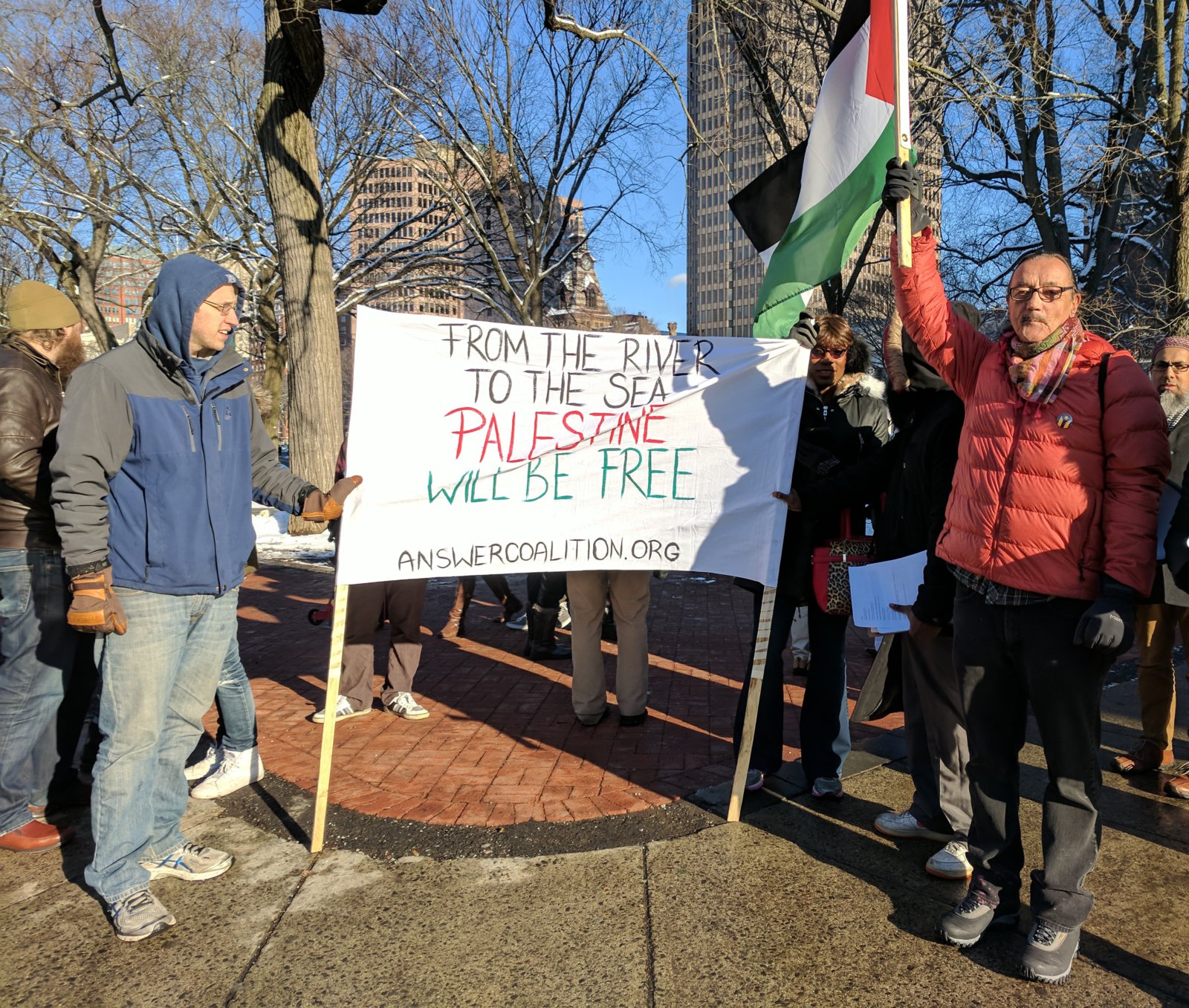 On December 10, activists from all over the state joined together on the New Haven green in protest of Trump’s speech earlier this week in which he announced that the United States would be the first country to recognize Jerusalem as the capital of the state of Israel.

The statement is an attack on the very existence of the Palestinian people, furthering the oppression and colonization of their homeland. 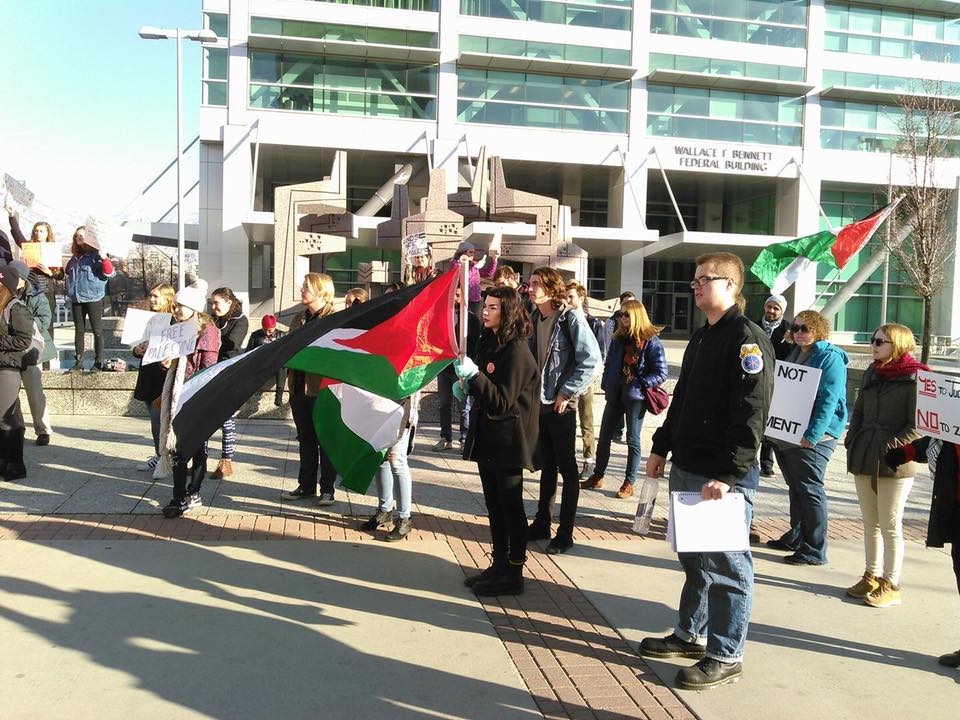 The rally included several speakers from organizations, including the Utah Anti-War Committee and Students for a Democratic Society. The speakers spoke of the terrible conditions Palestinians face living under Israeli occupation and the need for boycott, divestment and sanctions of Israel.

Thousands marched in a huge showing of solidarity with the Palestinian struggle and in defense of Jerusalem.