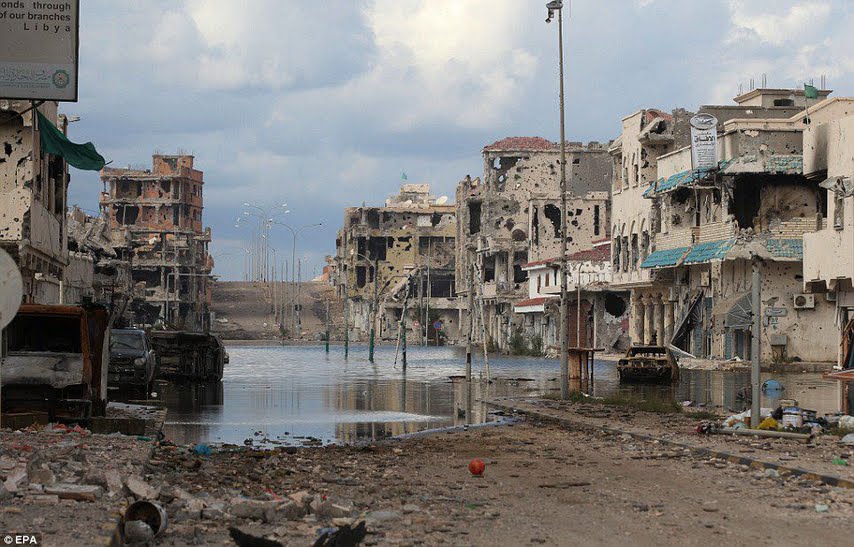 The capture and summary execution of Libyan leader Muammar Gaddafi is being hailed by imperialist politicians and media as “liberation” for the Libyan people. In fact, it means just the opposite. While the final bullets that killed Gaddafi may have been fired by troops of the Libyan “National Transitional Council” (NTC), the real victors in this war are the U.S. government and its British, French and Italian allies.

Without NATO intervention, the Libyan rebel forces would have long ago been defeated. The NTC billboard welcoming Sen. John McCain to Benghazi, Libya a few months ago read: “USA: You have a new ally in North Africa.” To be really accurate, “client” should have been substituted for  “ally.”

While facetiously pretending that their 7-month-long intensive bombing campaign was to “protect civilians,” the NATO air forces waged a ruthless war that left cities like Sirte in utter ruin.  The defenders of the city determinedly held out for months against overwhelming NATO force until the city was completely destroyed.

The U.S./NATO conquest of Libya is another step in a new scramble for Africa, this time with the U.S. rather than the European powers in the lead. Libya was the first war of the recently formed AFRICOM, the Pentagon’s military command for Africa, established to facilitate a new type of colonization of the resource-rich continent.

In an interview on Russia Today, ANSWER Coalition national coordinator Brian Becker said: "[This is] the act of the NATO powers, the United States, Britain and France, the former colonizers and enslavers of Africa, who have carried out regime change in many countries, they've done it again. They've taken out the leader and replaced him with a new government, which will be basically a NATO client regime. I think it's a great tragedy for the people of Libya.”