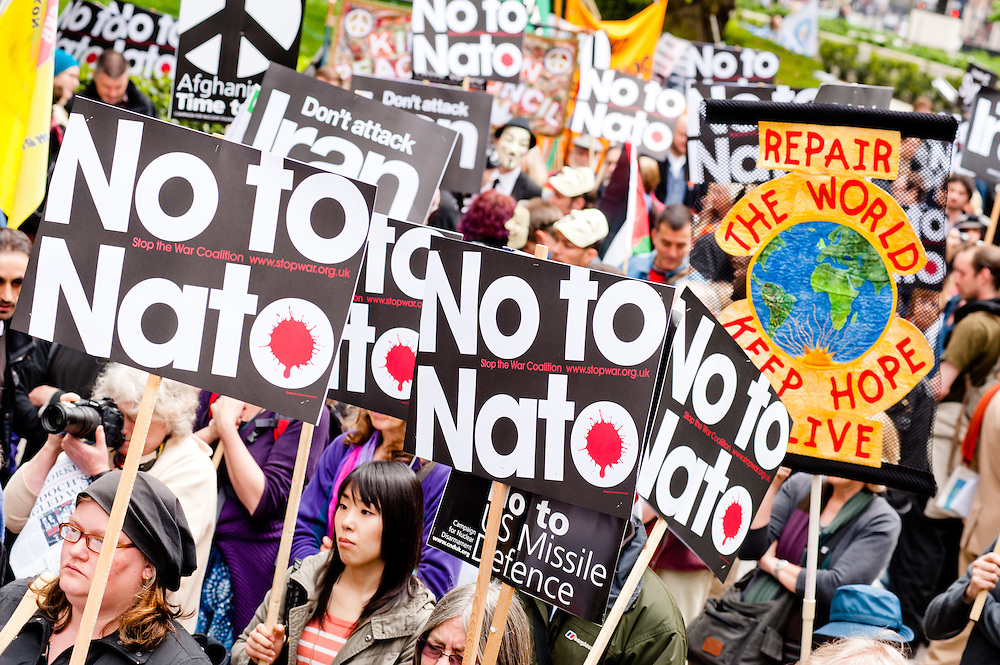 When Donald Trump arrived in Brussels for this week's summit of the NATO military alliance he had one goal in mind: secure a huge infusion of cash for the biggest U.S. arms dealers. Barack Obama, loyal to the same military-industrial complex, secured a commitment in 2014 from NATO leaders to gradually raise their "defense" spending to 2 percent of GDP. Not to be outdone, Donald Trump has now demanded 4 percent. Much of this money would inevitable go to giant U.S. corporations like Lockheed Martin and Raytheon — merchants of death who rake in enormous profits from endless war.

Democratic Party politicians and Democrat-aligned media outlets are scandalized that Trump was at times impolite to the junior partners of U.S. imperialism. NATO has been a grave threat to world peace — even the survival of human civilization — since its inception at the onset of the Cold War, but it is being held up as a pillar of the cherished "western alliance." Once again, the Democrats have proven themselves to be to the right of even a notorious war monger like Donald Trump on international issues.

This type of rhetoric will undoubtedly ramp up as Trump prepares for his meeting with Russian President Vladimir Putin in Helsinki next week. But at the NATO summit, Trump showed (yet again) that he too is quite hostile to Russia. Perhaps Trump's most talked-about comment at the summit was his assertion that "Germany is captive of Russia" because of its gas imports from the country — the implication being that Germany should take the enormously hostile move of cutting off its trade with Russia!