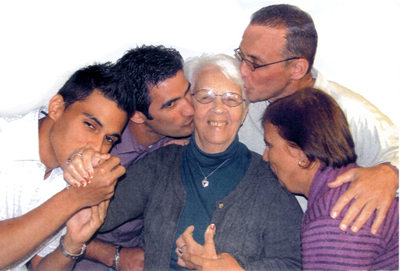 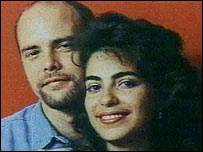 We have arrived at the end of another year. It has been a period of immense efforts and significant results in the struggle for our liberation.

At the culmination of the year, we are left with the satisfaction of Rene’s definitive return to the homeland, and the impulse that his contribution gives to the campaign for the liberation of the Cuban Five.

Several moments during the year have marked milestones in the solidarity work with our cause for our freedom; mentioning for instance without diminishing other significant events, the second Five Days for the Cuban Five held in the U.S. capital, the Colloquium in Holguín, the legal victory obtained when a judge ordered the U.S government to hand over information about payments to journalists that they had refused to make public, the publication of the book “What Lies Across the Water: The Real Story of the Cuban Five”, and the tour of its author Stephen Kimber in several U.S. cities. We must also mention the activities carried out in all parts of the world to commemorate the 15th anniversary of our unjust arrests. These are just some of the important moments of your work throughout the year. These efforts encompass many more countries in every continent.

We are deeply grateful for this outstanding work. Today, the case of the Cuban Five imprisoned in the United States is public knowledge and is known about in ruling circles thanks to your work. This pressure is felt thanks to the solidarity of hundreds of thousands of men and women worldwide.

Let's welcome the New Year with a renewed impetus, with the same fighting spirit and the same confidence that the truth will triumph. I humbly ask you to decisively support the celebration of the International Commission of Inquiry into the Case of the Cuban Five being held in London, England in early March. Our gratitude to the friends in the United Kingdom and other European countries who dreamed of and organized the event.

Let us also give our full support to the celebration in the month of June for the Third Five Days in Solidarity with the Five event in solidarity in Washington DC, organized by the International Committee for the Cuban Five.

Let us welcome enthusiastically the initiatives of the National Committee to Free the Five in the United States and all Committees operating in almost every country in the world.

To all of you, wherever in the universe you are found and are developing your activities in solidarity, receive our infinite gratitude for another year of your efforts and achievements in the struggle for our liberation.

To all, a Happy New Year. May 2014 be another year of victories and advances in our struggle.

It’s worthwhile to remember that the struggle this year — and all the 15 years of unjust imprisonment — has grown and little by little we are seeing the fruits.

Now René is in Cuba, although he will be completely free when all of us are truly free. With him goes the presence of all of us, and our affection and embrace, that because of the injustice, the separation has lasted too long.

We have faith and confidence that We Will Win! And one day not too far away, we will be able to greet and thank everyone in person. For that, we should endeavor more, to do better and more in our work until we achieve final victory.

We wish you a Happy 2014, with health, success, love and freedom.

All our affection and gratitude of the Five, of our families, our people, with you all!

Long Live the 55th Anniversary of Our Revolution!

It was twelve years ago this December when we received from a Miami Judge our long, brutal and unjust sentences.

I can remember when I first came to the penitentiary in Florence, Colorado, in the middle of a severe winter in 2002. I arrived there carrying a life sentence on my shoulders and soon learned that some inmates called that prison "a cemetery of living men.” Many of the prisoners that I met there were destined to either die in that penitentiary or in some other prison of the federal system. Their chances in a Federal Court of appeals to get a release date were zero and many of these men had already served long periods of time. Violence was a daily part of the routine inside the walls of Florence USP and it was really hard just to find somebody there who was a quiet peaceful person. Almost everyone there had a record of violent acts committed inside or outside the prison walls. An abundance of the prisoners were suffering from some type of mental illness.

I still remember some of my conversations with the most veteran prisoners in the penitentiary who told me that when you reach 15 years of time you cross a line when "prison is prison.” They explained that is the time when physical and psychological problems start to appear.

We now find ourselves in the 16th year of unjust incarceration and are fortunate that we have no symptoms of disorientation or depression. On the contrary, each day in prison we are more positive and creative; we are more serene and supremely optimistic.

I am taking a risk to say it, but it is my sense that never has any prisoner received as many letters as we, the Cuban Five, have, from all around the world during our long imprisonment. It has been an endless flow of letters full of friendship and love. These messages of solidarity have never stopped coming since people learned of our situation back in 2001. This have made the difference and we know that this stream of support and love will not stop until our many friends know that we have all arrived safely back home.

We cannot fail to mention that today in Victorville penitentiary, a “cemetery of living men” like that of Florence, our brother Gerardo is serving a cruel and totally unjust sentence of two life terms. His example of firmness, of dignity, of humanity and optimism ought to be present in the daily struggle to overcome this colossal injustice with love, reason and integrity.

The hard life that one experiences in prison demonstrates to me that an innocent man, with pure principles, loved by many people will never lose his mind. He will never let his integrity and moral be compromised or broken, and this remains true even if that person is placed in the most isolated cell.

As Jose Martí said: "A just principle from the bottom of a cave is stronger than an army.”

To you, our eternal gratitude for your immense and constant support that makes us continue to be resistant and makes us feel free.

Long Live the Revolution in its 55th anniversary!

We wish you health, happiness and success in your goals.

Under the rain of time,
between our two wounds,
where light passes through
tie a yellow ribbon.

On the balcony of your dreams,
on the tree on the corner,
on your door that is my door
tie a yellow ribbon.

For the world to see
like a flower extended
to the tip of a star
tie a yellow ribbon.

Unfortunately Gerardo Hernández's prison is again in lockdown, since Dec. 20, so he was not able to send a message to all Cuban Five supporters and committees. But he sent a message to the National Committee on Dec. 16; we include it here. We will transmit his greeting to all when he is out of lockdown. His situation makes it all the more urgent that all we Five supporters must mobilize "more and better," as Ramón urges.

Happy New Year! It's still a little early, but you know how my mail works (or doesn't work, I better say...).

This one has been one of the busiest years for me -- if not the busiest -- mostly the latest months. 2014 will be very interesting, according to what has been in the news lately...

2013 has also been a year of hard work for our comrades of the Committee, and on behalf of the Five and our families I would like to express our appreciation to all of you. We are proud to know that we can keep counting on you for the very important stage our struggle is at. Thank you!!! Especially on behalf of Adriana and myself I send you our greetings and our best wishes.