Nicaragua strives to cope with protest on social security reform

Reposted from the Alliance for Global Justice 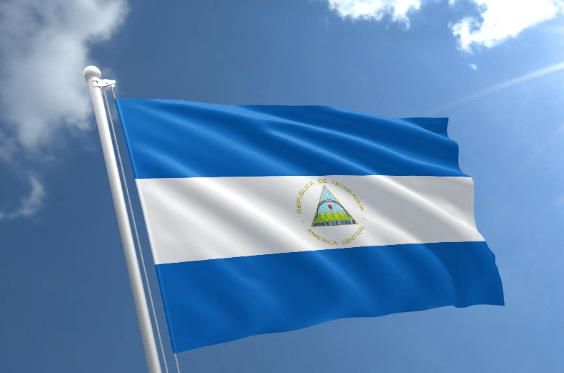 Nicaragua underwent an unprecedented spasm of violence over the past week that was sparked by the government announcement of increased social security withholding rates for business, workers, and a larger government contribution but reductions in pension amounts for some recipients. The protests, which started peacefully, turned violent and some police are accused of disproportionate use of force. Over 20 deaths have occurred including one journalist, and the rioting and looting, which continued into the weekend appeared to expand beyond the original social security demands to incorporate broader grievances and opportunistic vandalism and looting unrelated to demands.

On Sunday, April 22, President Daniel Ortega spoke to the nation in a three hour conciliatory talk and announced that the social security reforms were rescinded in favor of further negotiations with big business, represented by the Superior Council of Private Enterprise (COSEP) and major labor unions. It appears that the Tripartite Model which has worked so well to achieve labor stability through consensus during three-way negotiations between the government, business and labor, failed this time. On the rare occasions when consensus could not be reached on the minimum wage, the government decreed what the new wage would be and both business and labor went along. This time, when COSEP pulled out of the talks because the government wouldn’t go far enough in cutting benefits, and the government announced increased withholding and 5% pension deductions for some retirees unilaterally, a completely unexpected spasm of violence took place.As the days have gone by, a slick social media campaign and an expansion of demands primarily from right-wing groups but also from groups who see themselves as being of the left have obscured the original cause for the unrest. As looting and riots increased, it raised questions as to the extent the protests are endogenous as opposed to manipulated by US-funded domestic forces.

The Nicaragua Network/Alliance for Global Justice will attempt to make sense out of a confused and chaotic situation with multiple posts over the next few days. We continue our policy of acting on the principle that Nicaraguans are fully capable of solving their own problems and charting their own future. Our job as a solidarity movement is to expose and oppose US government intervention in Nicaragua’s internal affairs. Today we share below important analysis from tortillaconsal.com which compares the current situation with past regime change operations and provides factual information about the government/labor proposed social security changes compared to the COSEP/International Monetary Fund austerity demands.

One serious concern for US activists is that right-wing forces will use the disinformation around this struggle to force Senate passage of the NICA Act. (S.2265) that would have the US vote against multilateral loans to Nicaragua, a measure that would be a hard blow to the economy and exacerbate suffering of the Nicaragua people. Call your Senators now and tell them not to let the emotions of the moment cause them to vote for a bad law that would hurt both Nicaraguan workers and US relations with Nicaragua. The Congressional Switchboard number is 202-224-3121.

Events in Nicaragua over the last week are clearly modeled on the kind of US-led, NATO driven regime change that succeeded in Libya, Ivory Coast and Ukraine, but has so far failed in Thailand, Syria and Venezuela. At a national level, the protests have been led by the private sector business classes defending their rate of profit against socialist policies in defense of low income workers and people on pensions.

Since April 18th violent protests have taken place across Nicaragua. The protests began a couple of days after the government announced proposed reforms to the country’s social security system which is running a deficit of around US$75 million a year. The government announced the proposed reforms following the suspension of talks by Nicaragua’s private sector business organization COSEP. Pending possible modifications, the reforms are due to come into effect on July 1st.

In the protests, as of Friday, 10 people have been killed and over 80 people injured including over 30 police officers with most fatalities resulting from lethal use of firearms by right wing provocateurs. Mainstream Western media reports cover up the fact that far from being peaceful the protests have been characterized by lethal violence from extreme right wing shock groups trying to destabilize Nicaragua just as they have done in Venezuela. In reply, workers and students supporting Nicaragua’s Sandinista government have mobilized against the violent opposition provocations.

The protests started in earnest in Nicaragua’s capital Managua during Wednesday April 18th rapidly spreading to important provincial centers like Leon in the West, Granada to the south and Estelí to the north. The protests were fueled by inflammatory messaging on the social networks and deliberate manipulation by right wing media. Some right wing television cable media went off the air, apparently having their signal deliberately taken down, apparently without any clear independently verifiable explanation.

Apart from the deaths and injuries caused by the violent opposition protests, widespread damage was caused to infrastructure including local Social Security Institute offices, municipal authority offices in Esteli and Granada, university buildings in Managua and Leon, Sandinista party offices in Chinandega and Masaya and government offices in Managua. There too, opposition gangs tried to enter and destroy the brand new “Denis Martinez” baseball stadium, the brand new Fernando Velez Paiz Hospital and the Institute of Social Security head office. The gangs also attacked most of the Sandinista aligned radio stations, including Nuevo Radio Ya and Radio Sandino, trying to set them on fire.

A group of over 100 protesting students retreated from the main university area in Managua and took refuge in the city’s Catholic cathedral. The police contained them there until eventually their peaceful departure was negotiated without further problems. Further afield in Nueva Guinea, towards Nicaragua’s Caribbean Coast, an opposition gang attacked a cultural event held in support of the government, wounding various government supporters attending the event. In many places, gangs of opportunist delinquents have intermingled with the political protests which have also seen attacks on commercial business premises and vehicles, as well as bystanders not involved in the protests.

While the private business sector organization COSEP has called for peaceful demonstrations over the issue of Social Security reform, extremists from the right wing Citizens for Liberty and Sandinista Renewal Movement political organizations have led the violent protests. They have made effective use of social networks spreading false information and inflammatory accusations so as to confuse and mislead people, especially young people, who know little or nothing about the Social Security reforms, which have turned into a mere pretext for violent protests aimed at destabilizing a government which enjoys overwhelming electoral support.

Both evangelical religious authorities and the Catholic Church hierarchy have urged calm and called for dialogue. COSEP has insisted that people protest peacefully and called to reopen talks on social security reform with the government. The army and police completely support the government and the police have acted with restraint in the face of lethal provocation. Trades unions and the country’s main student organization have condemned the violence and expressed support for the government’s proposed social security reform. For their part the Union of Older Adults, which lobbies for better pension rights and health benefits for older people, also supports the government’s proposed Social Security reforms, which include a 5% deduction from older people’s pensions in exchange for full rights to the same health care as active workers.

After Nicaragua’s right wing parties won the national elections 1990, the three subsequent right wing governments mismanaged the country’s Social Security Institute (INSS), cutting back coverage and reducing benefits. During the same period, millions of dollars of INSS funds were misappropriated to fund private sector businesses and make illicit payments to individuals. When a new Sandinista government took office under President Daniel Ortega in January 2007, the social security fund had an unsustainable deficit and a much reduced contributions base. Since then, the INSS has increased the number of people covered by social security and also extended the benefits the system provides. These now include hemodialisis, oncology therapies, spinal surgery, ophthalmology, neurosurgery, hip and knee replacements, kidney transplants and other very expensive, specialized procedures.

Latest developments [as of Apr. 21]

President Daniel Ortega has confirmed the government will continue discussions with COSEP, the organization representing Nicaragua’s private sector business, as well as the other organizations taking part in the talks about how to defend the sustainability of the INSS. Disturbances continue in various parts of Nicaragua with more deaths and injuries being reported. Church representatives, business leaders and political figures are all calling for an end to the violent protests. For the right wing political groups provoking the violence, the INSS reform is simply the opportunistic pretext of the moment, but it is unclear whether they aim to cause longer term destabilization.

The pattern so far is very similar to events in Libya, Ivory Coast, Syria, Ukraine, Thailand and Venezuela. In all these countries extreme right-wing political minorities conspired with foreign elites, mainly in the United States and Europe, to overthrow the national status quo and take power. In Nicaragua, the country’s small minority right wing and anti-FSLN political opposition have openly sought financial and political support in the United States and Europe explicitly to undermine and destabilize Nicaragua’s Sandinista government. The obvious model they are working from is Venezuela. The next couple of weeks will tell if Nicaragua is going to suffer yet another US intervention with all that implies for the country’s people and the region.

Reposted from the Alliance for Global Justice

Chuck Kaufman is National Co-Coordinator of the Alliance for Global Justice. He has been a leader of the Central and Latin America solidarity movements since joining the staff of the Nicaragua Network in 1987. He gave up his successful advertising business out of disgust at Congress’ cowardice during the Iran-Contra scandal. He went on his first coffee picking brigade to Nicaragua that same year. Chuck has been in the front ranks of the movements to support the right of people in Latin America and the Caribbean to dignity, sovereignty, and self-determination. He has led delegations to Nicaragua, Venezuela, Haiti and Honduras.

Chuck has written and spoken often about U.S. democracy manipulation programs through the National Endowment for Democracy and US Agency for International Development as well as what he calls the need to look to the Abolition Movement as our inspiration to change the culture of U.S. militarism. He is a board member of the Latin America Solidarity Coalition and a leader of the LASC’s effort to build a stronger movement to oppose U.S. militarism and the militarization of relations with Latin America. He was a founder of the Act Now to Stop War and End Racism (ANSWER) Coalition and has spoken at most of the major Washington, D.C., anti-war demonstrations. He is a board member of the Honduras Solidarity Network and a founder of the Venezuela Solidarity Network. He has a B.A. in Government and Politics from George Mason University. His first political activism was as a high school student in 1969 when he organized student walk-out in four county high schools in his native Indiana.