NYC Forum: Why Is Iran Targeted with Sanctions and War Threats? 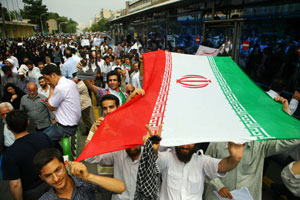 The U.S. and Israel purport that Iran's nuclear program is a threat to other countries in the region, but is this really true? Iranian nuclear physicists have been kidnapped and assassinated, recent Wiki-Ieaks cables revealed that last year the U.S. agreed to "quietly transfer" bunker-busting bombs to Israel, and on December 21, the United States Congress unilaterally imposed more stringent sanctions on Iran and its representatives. Who is threatening whom?

Come hear a panel of speakers who will discuss what these events reveal about U.S. and Israeli foreign policy and present up-dates on Iran's stance in negotiations.