From the front lines of progressive movements in Japan

The following was compiled from reports from Yoshio Nakamura of Asia Wide Campaign (AWC) - Japan, an anti-war organization on the front lines of the country's people's movements. 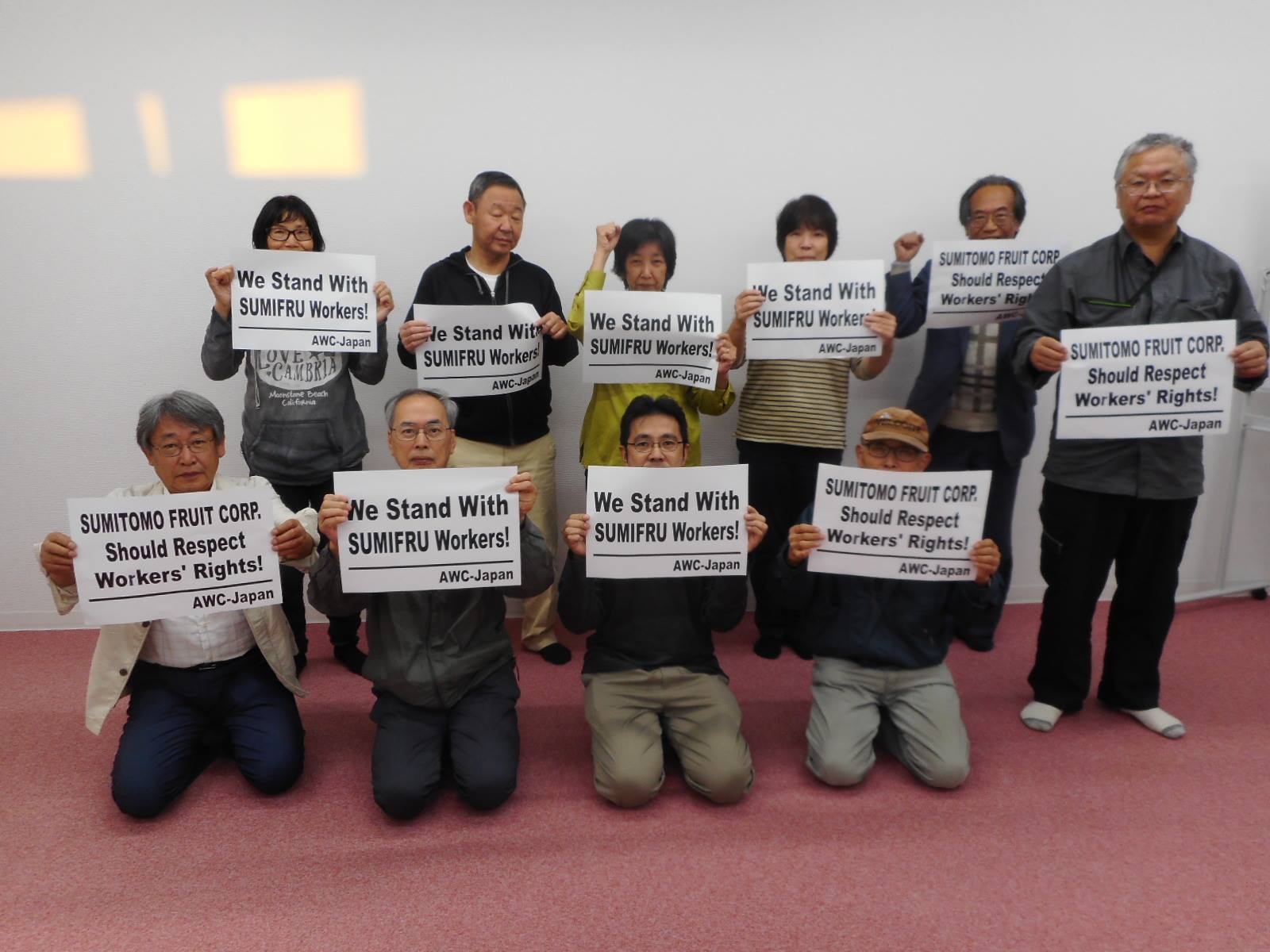 AWC-Japan members expressed their solidarity with struggling Sumifru workers in the Philippines at a meeting today. The Sumitomo Fruit Corporation, a Japanese-owned banana company, should stop attacks against workers and respect workers’ rights! AWC-Japan sent the following solidarity message to the Sumifru workers’ union or the Nagkahiusang Mamumuo sa Suyapa Farm (NAMASAUFA):

We in AWC-Japan express our deep solidarity with the strike of Sumifru workers’ union or the Nagkahiusang Mamumuo sa Suyapa Farm (NAMASAUFA). We fully support workers’ just demands for management’s recognition of their status as regular workers, granting of benefits and more.

At the same time, we strongly condemn the violent dispersal of workers' picket line by the Sumifru company and the Armed Forces of the Philippines on October 11, 2018.

We have known the Sumifru workers’ long-running struggle for their basic rights as workers, union recognition and others. The management of the Sumitomo Fruit Corporation-Philippines should respect the rights and demands of the workers there.

We, as rank-and-file members of Japanese working class, denounce any Japanese-owned company's exploitation, harassment and brutality against workers outside Japan as we fight against them inside Japan. We are always one with you in the struggle for basic workers’ rights, improvement of conditions in working places and finally building of a world and society for workers and the people. Please inform us if you have any requests. We will try our best.

We believe that your demands will be realized, and you will ultimately win.

Workers and people of the world, unite! 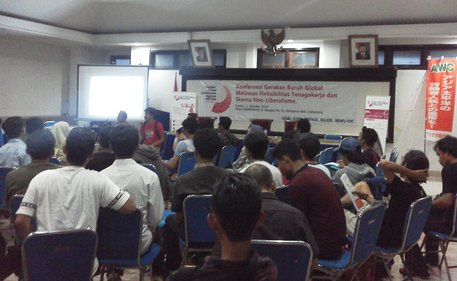 The people’s global conference against the IMF-World Bank was held in Bali, Indonesia. AWC-Japan sent a delegate to it in solidarity with oppressed but struggling people in Indonesia and the rest of the world.

We salute the Indonesian people who worked hard to organize a series of activities there despite repression by the government of Indonesia. Fight against neoliberal policies! Expand people’s solidarity for building of the world without exploitation, oppression and plunder! 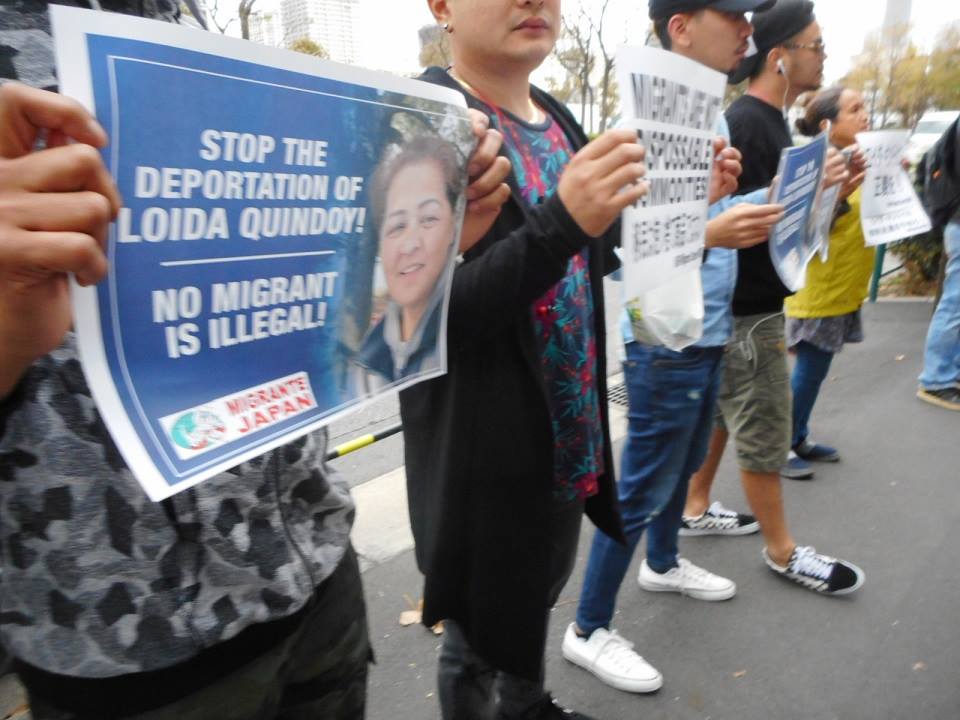 Members of AWC-Japan joined a protest in front of the Tokyo Regional Immigration Bureau, opposing the possible forced deportation of Loida Quidoy, a volunteer staff member of the KAFIN Migrant Center who is Filipina. The action was organized by MIGRANTE-Japan and KAFIN-Saitama.

Just after finishing the protest, we received an information from her lawyer that the immigration bureau decided to temporarily halt her deportation originally scheduled for October 18. We need to continue our campaign. Justice and rights for Loida Quindoy and all migrants in Japan! 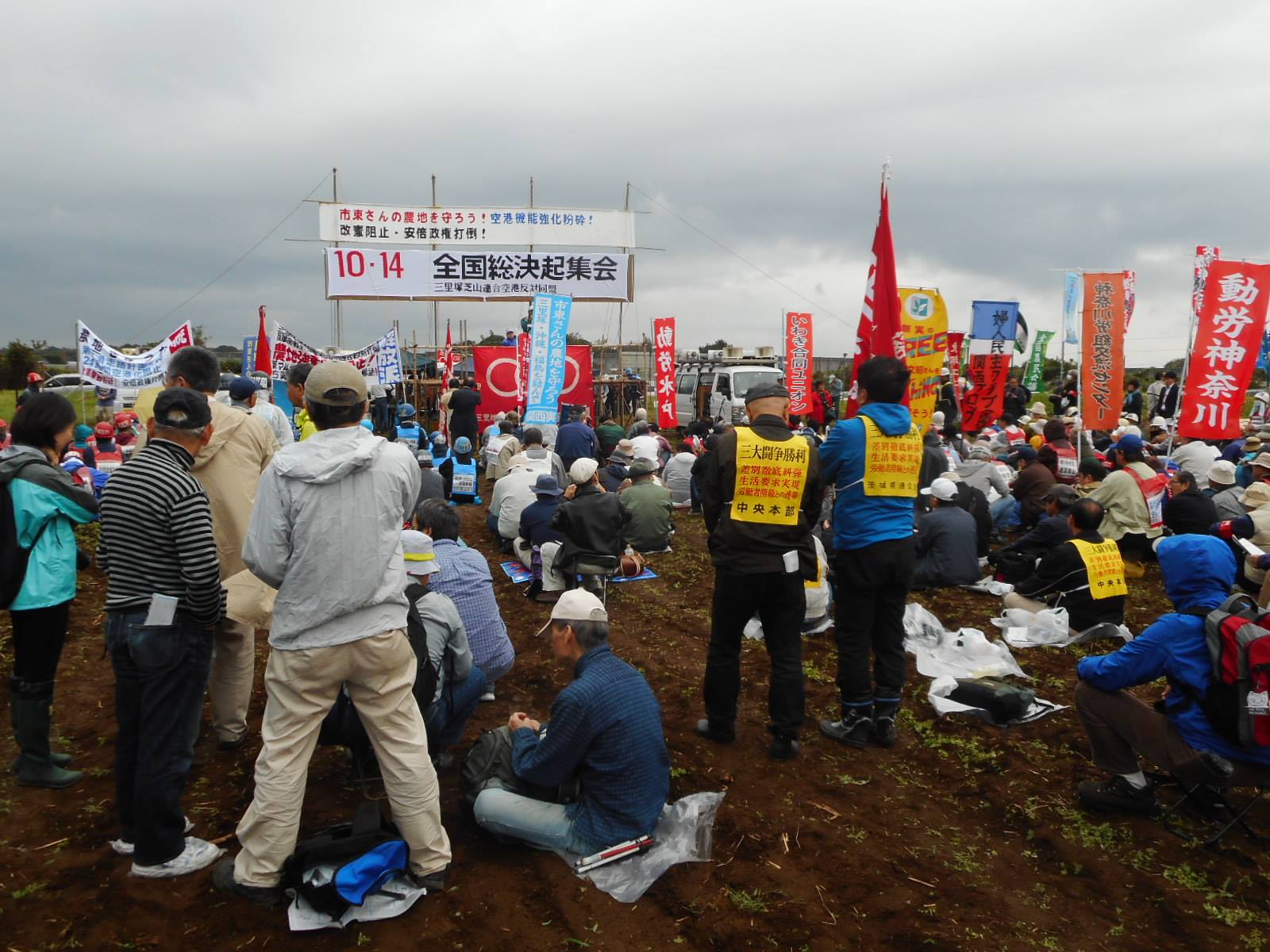 The Sanrizuka-Shibayama Farmer’s League against the Narita Airport held its annual Autumn rally at a farm inside the original construction area of the airport. The league has defended the land for 52 years since 1966, resisting all kinds of harassment and repression by the government-supported airport company.

The main and most urgent issue of the rally is to stop compulsory seizure of Takao Sito’s lands. He is a farmer and member of the league. His land has been cultivated for around 100 years since his grandfather’s days. But he is facing a seizure of his land now.

The Supreme Court unjustly ordered him to surrender his land to the Narita Airport Company in October 2016. After that, Sito and the league have fought a court struggle for two years. The judgment will be rendered on December 20.

It is clear that justice is on the side of Sito and the league. In any case, the farmer’s league and supporters will fight and stop unjust land grabbing by all the means.