Over a thousand people converged at 14th and Broadway in Oakland after the verdict came down in the Oscar Grant case on July 9. Protestors came despite a climate of fear created by the corporate media and local officials. The protest continued for hours, surrounded by a huge and repressive police presence. Over 80 people were arrested. Significant demonstrations against the lenient verdict happened in many other cities including, Los Angeles, San Diego, Fresno and Portland Oregon. 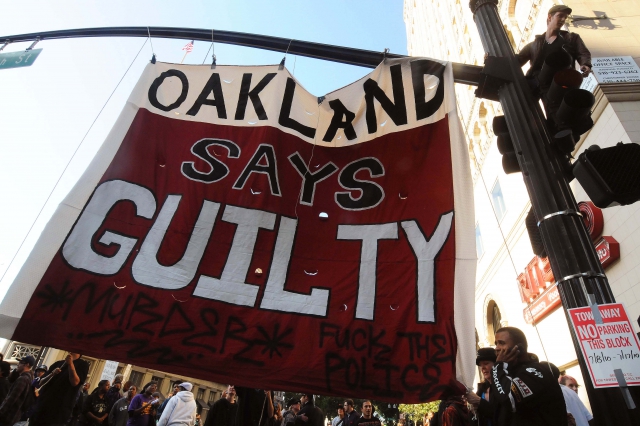 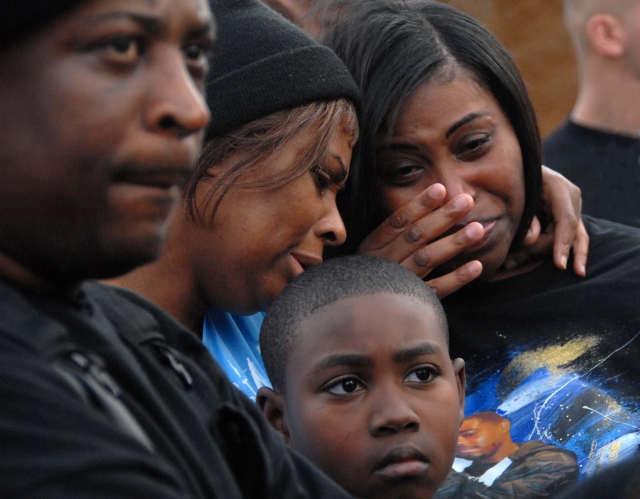 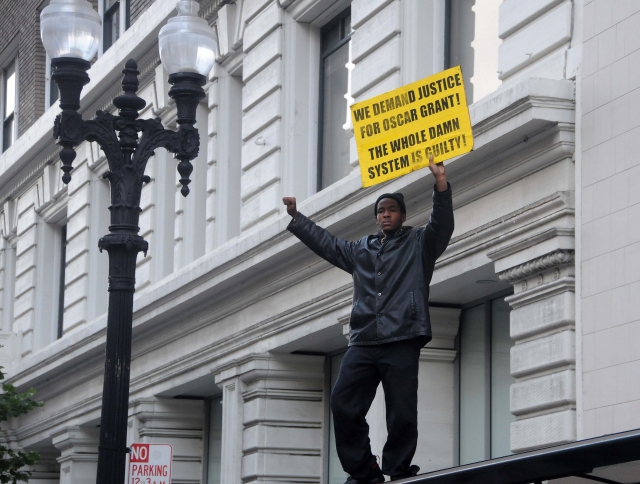 The Whole System is Guilty 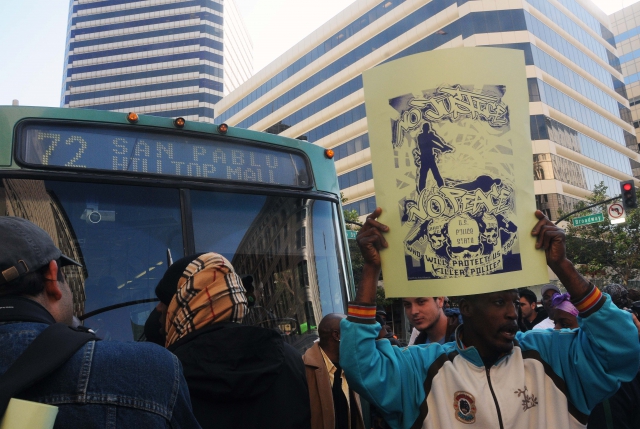 Blocking a Bus on Broadway 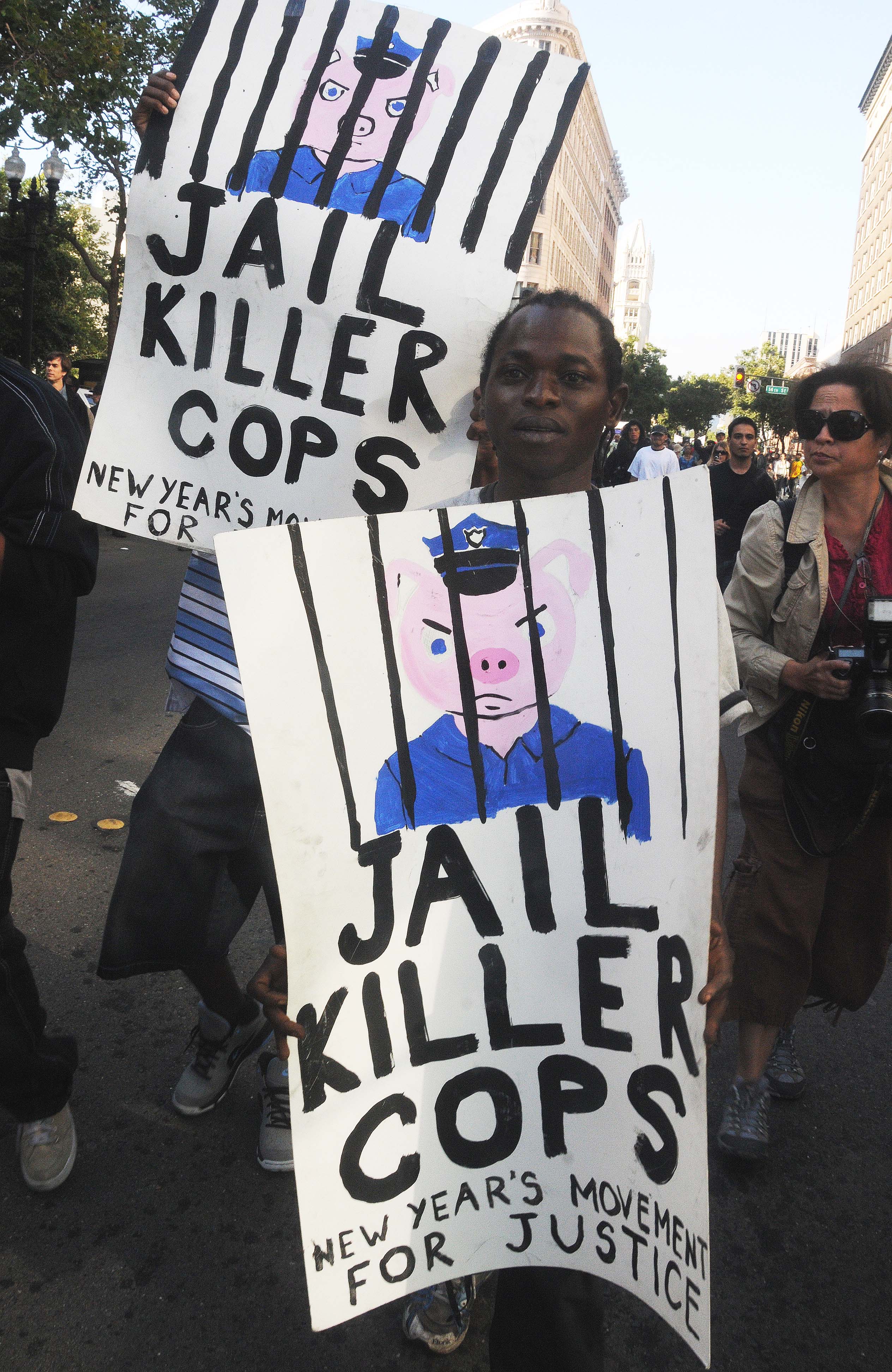 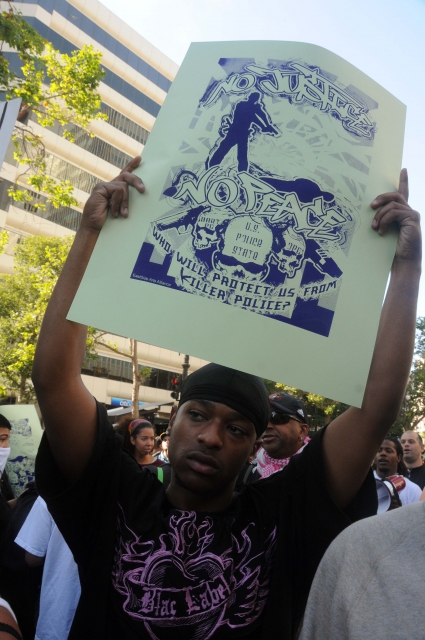 No Justice, No Peace 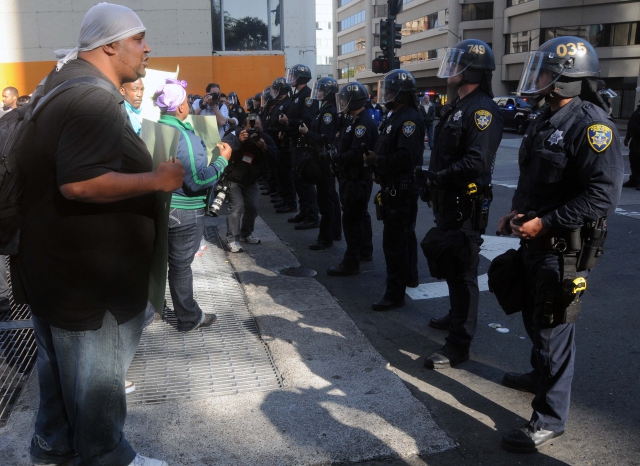 Face off on Broadway 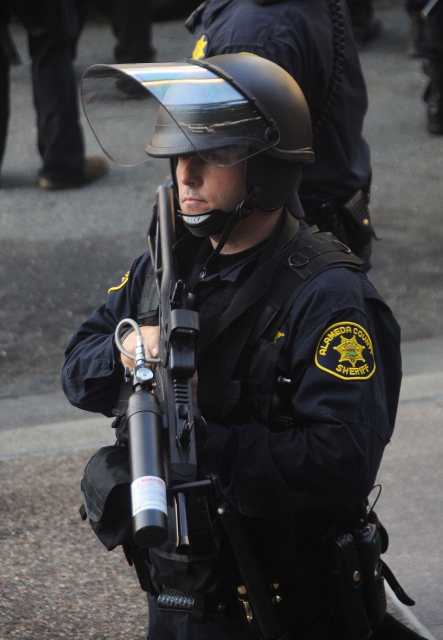 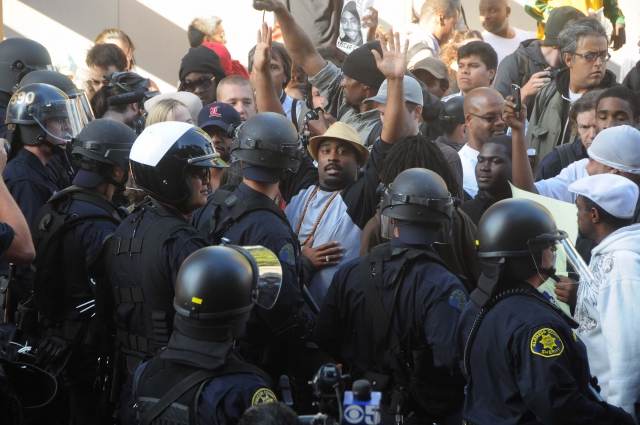 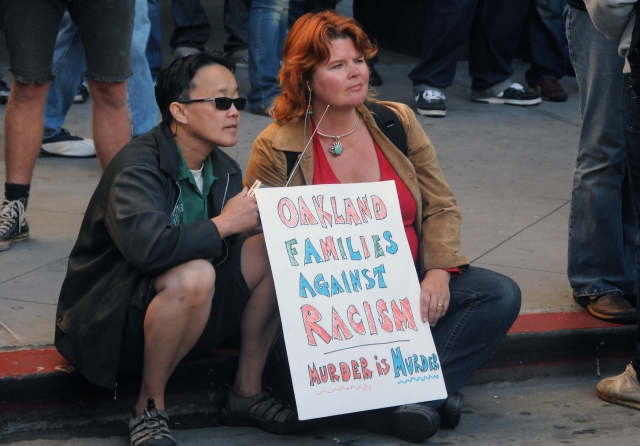 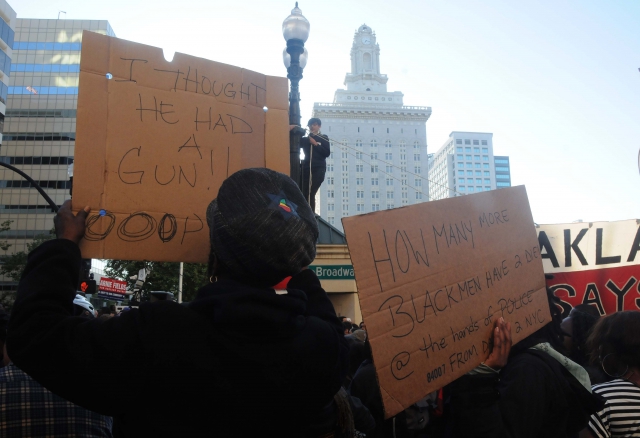 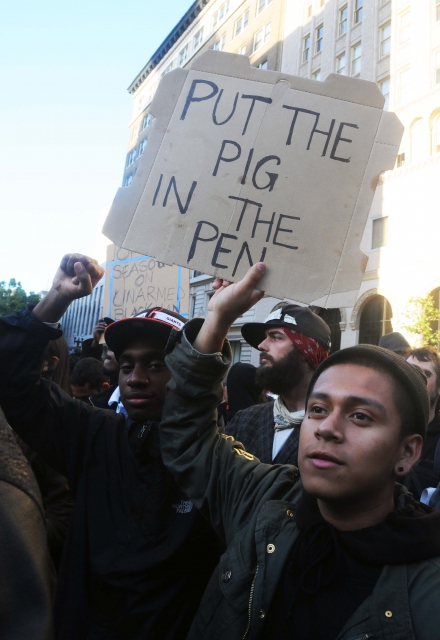 Put the Pig in the Pen 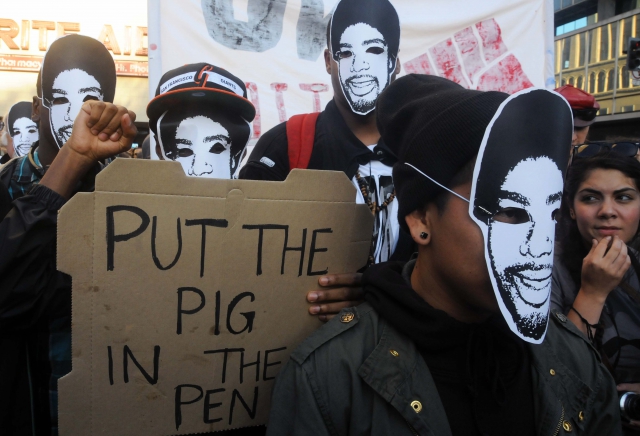 We are all Oscar Grant 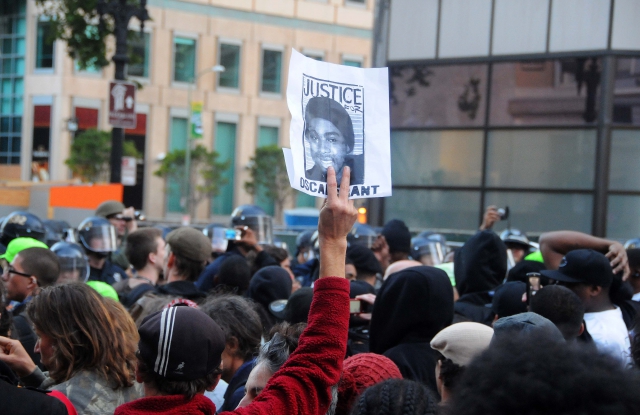 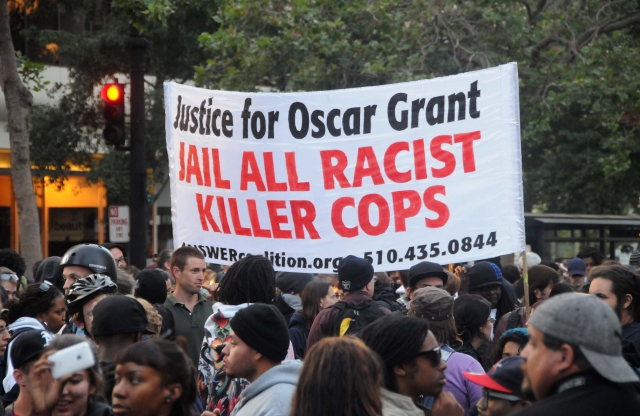 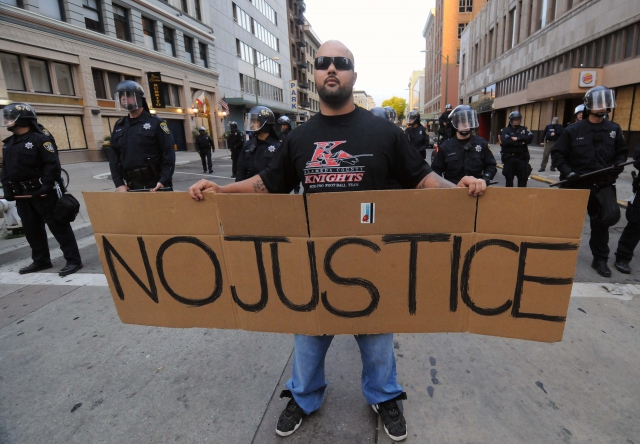 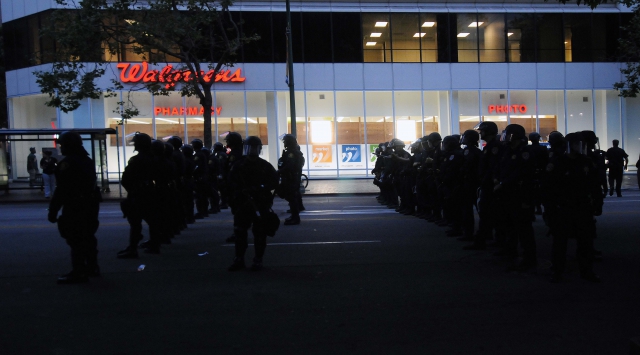 Plenty of Protection for Private Property