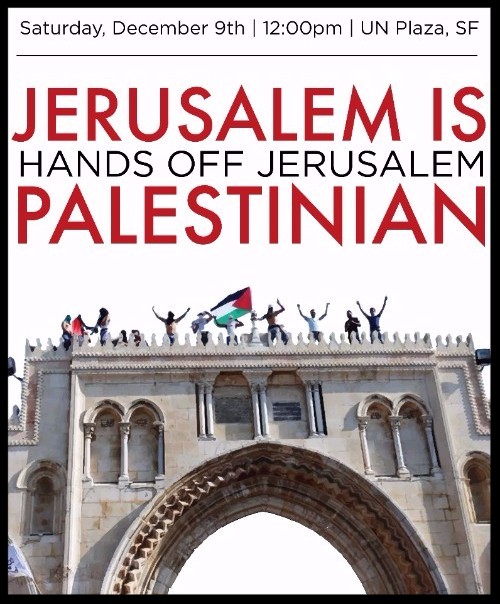 In an unprecedented move, the Trump administration has recognized the Palestinian city of Jerusalem as the capital of the apartheid state of Israel. This not only illustrates the longstanding commitment of the United States in the continuation of Israeli colonialism, violence, and territorial expansion. It also furthers the necessary commitment of movements for social justice in ending apartheid and occupation, implementing the right of return of all Palestinian refugees, ending occupation, and ending white supremacy everywhere. Join us Saturday to stand together in resistance to racism and state violence here and in our homelands.

U.S. Out of Palestine!
No to White Supremacy Here and in Our Homelands!
Boycott, Divest and Sanction Israel!
End the colonial occupation of Palestine!