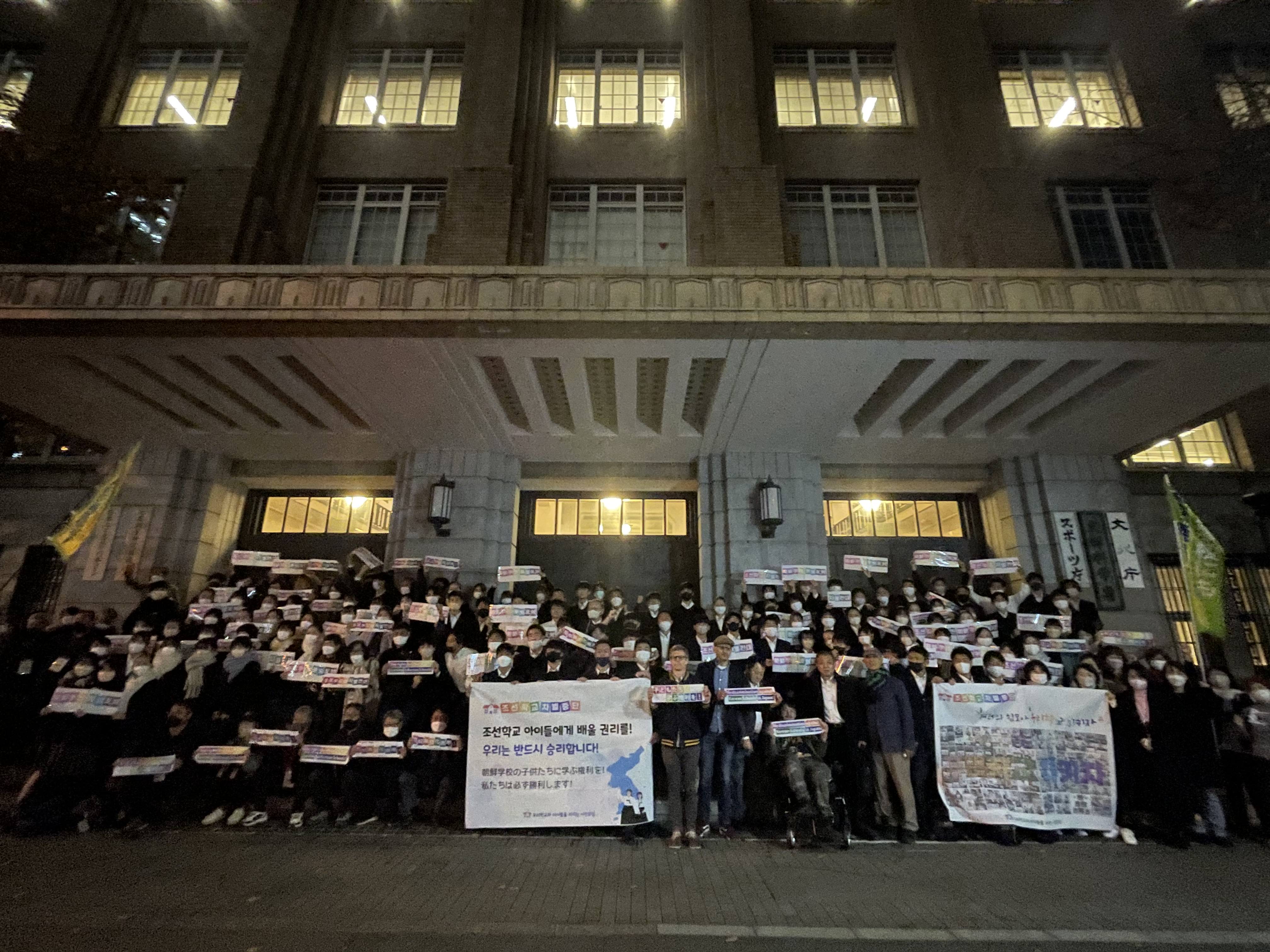 At a meeting in the Japanese Diet on November 25, Japanese officials continued ignoring calls by the UN Human Rights Committee and other international bodies to end the government’s discriminatory policies against ethnic Koreans in Japan. Although Japan’s racist practices against Korean residents in the country are long standing, their outrageous exclusion of Korean schools and students from COVID-19 related relief programs has once again brought the issue into the international spotlight.

In March 2020, a local government outside of Tokyo provided free masks to all pre-schools with the sole exception of Korean schools. Only after an organizing campaign did they reverse their policy. The Japanese government excluded Korea University students from COVID-19 relief funds to help them access things like laptops, even after the United Nations sent the government a letter condemning the practice.

To support the struggle of Koreans in Japan to defend their community and schools from discrimination, ANSWER Coalition organizers participated in the 1st Academic Peace Delegation to Chongryon (The General Association of Korean Residents in Japan) from November 20 to 26. The delegation, consisting of U.S. students, organizers, and professors, spent the week visiting Chongryon-affiliated primary, secondary, and university schools along with various historical sites and cultural spaces, meeting with a variety of community members each day. 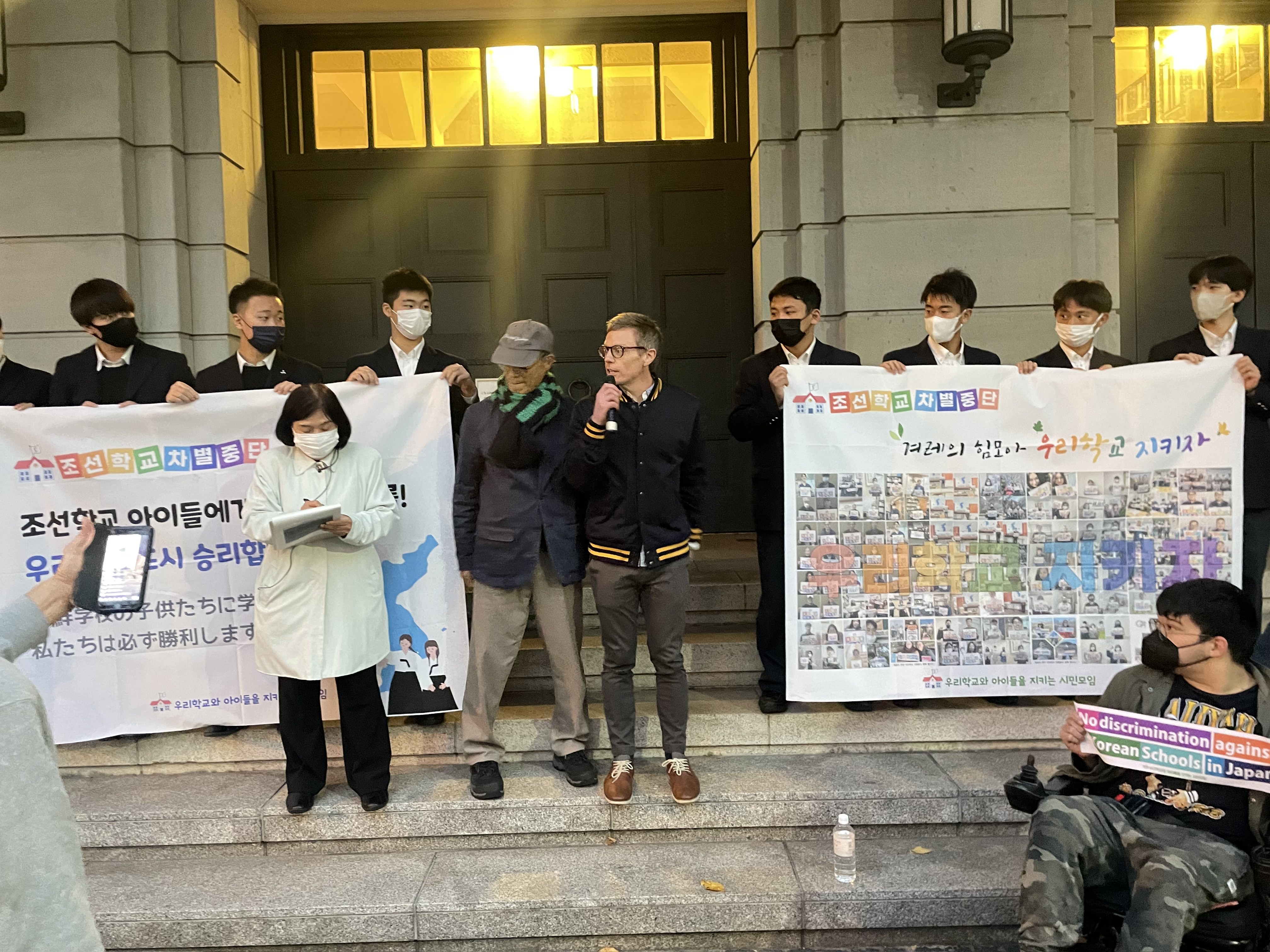 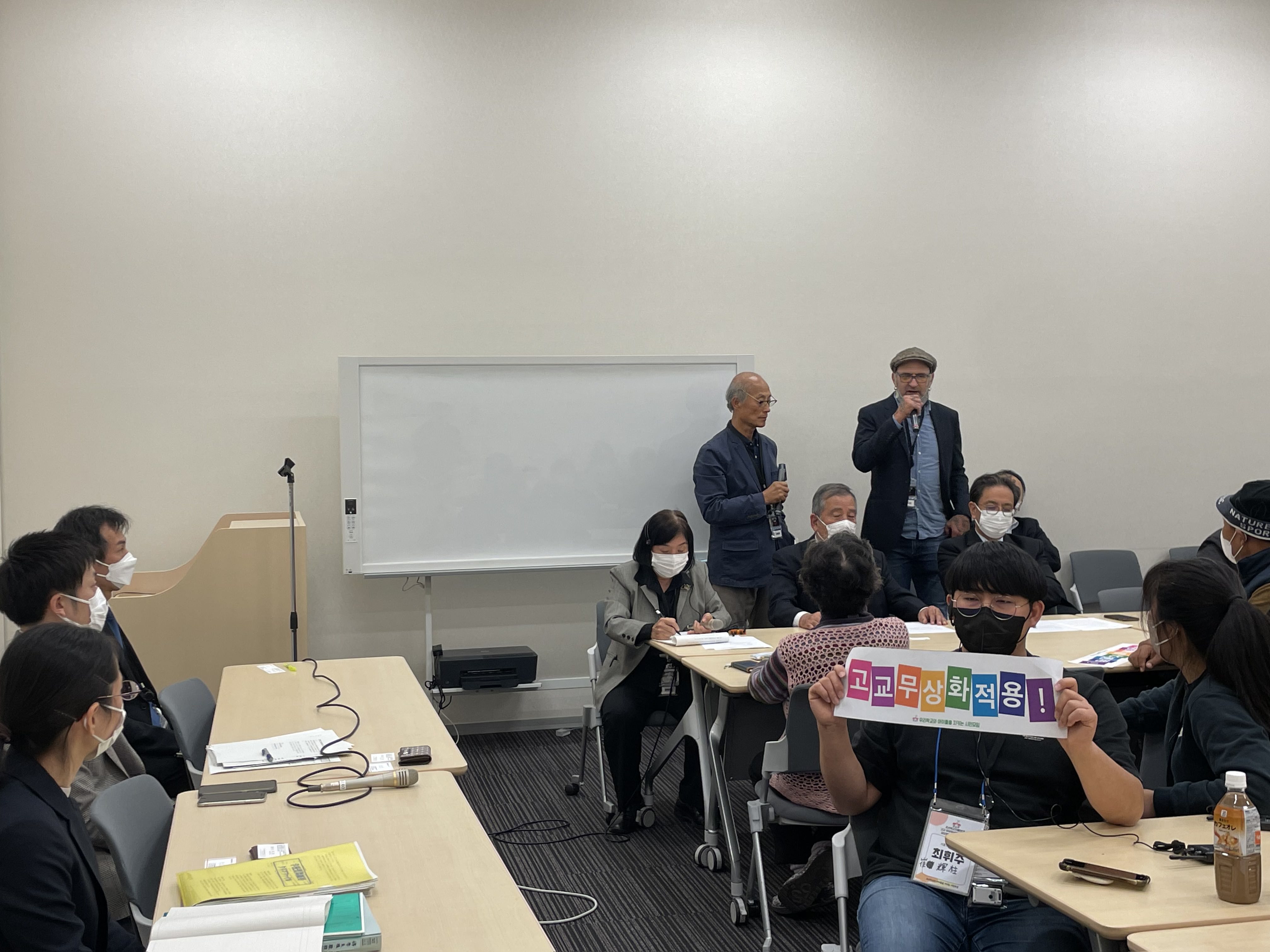 ANSWER organizer Curry Malott, who teaches education studies at West Chester University of Pennsylvania, testified at the Japanese Diet hearing on November 25. After explaining the value and importance of the schools, he told government officials that, “When we heard Japan was depriving Korea University students of COVID-19 relief funds, we were so outraged that, as soon as we could, we got on a plane and flew 20 hours to support them.”

After the hearing, the delegation joined hundreds of Korean students and their supporters at a weekly demonstration in front of the Ministry of Education, Culture, Sports, Science and Technology. The demonstration focused heavily on another racist government policy that excludes Korean schools from a 2010 tuition-waiver program that makes enrolling in all other schools for foreign nationals living in Japan free or otherwise affordable. Although Koreans pay taxes in Japan, have resided in Japan for decades, and contributed to building the country’s infrastructure throughout the early 20th century, they don’t receive the same benefits as other foreign nationals.

ANSWER organizer Derek Ford addressed the large gathering, saying that he has consistently witnessed nothing short of world-class educational practices during his numerous visits to Korean schools since 2016.

The ANSWER Coalition will continue to stand in solidarity with Koreans in Japan in their just struggle to practice their language and culture and to live free from bigotry and racist government policies.