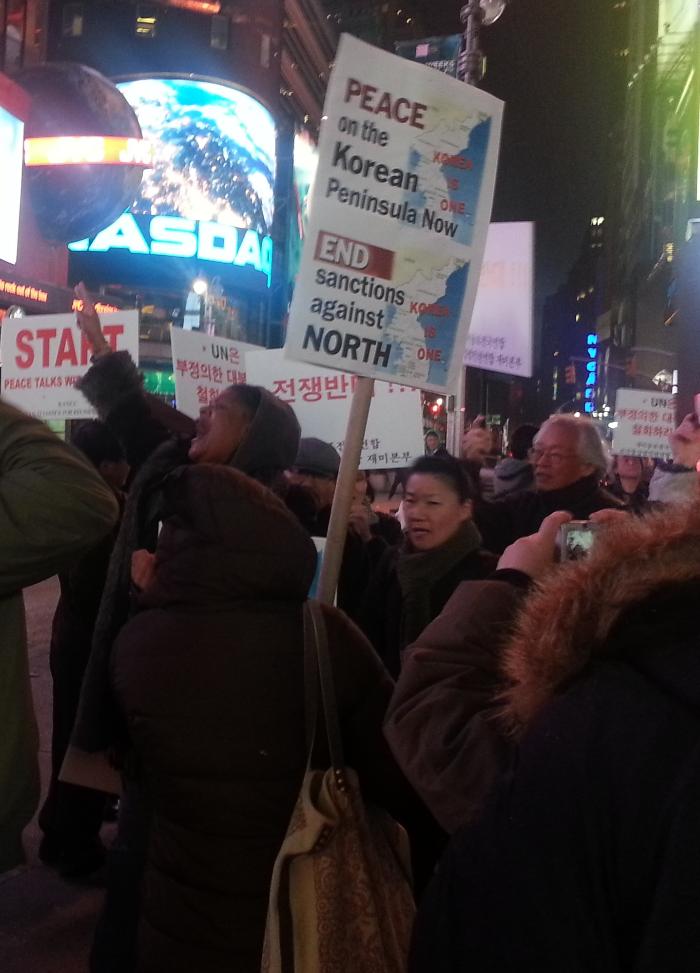 The ANSWER Coalition is mobilizing its members and supporters to participate in the weekend of actions July 27-28 calling for an end to the Korean War. Although an armistice was agreed to in 1953, there is yet to be an official peace treaty ending the war, and the U.S. government has continued its aggression in Korea ever since. Below is a press release issued by the National Campaign to End the Korean War

A series of events marking the 60th anniversary of the July 27th, 1953 signing of the Armistice Agreement that temporarily halted the active combat of the Korean War. Today, the Korean War still continues in the form of threats, military exercises, periodic flare-ups, sanctions, and the build-up of armaments on both sides.

11 a.m.: Peace Rally at Lafayette Park (across from the White House)

Who: The Campaign is a coalition of 53 organizations including concerned Korean Americans, veterans, and human rights organizations as well as individuals in the United States who are working together to promote permanent peace on the Korean peninsula and a new US policy toward Korea. These weekend events have also been co-sponsored by the June 15th Committee of the U.S., Sasase-Washington, BoraJinbo (Korean American Supporters for Unified Progressive Party in SK), TLTC Justice & Peace Committee, and Peace Action

Why: Sixty years after the Armistice was signed, the Korean peninsula remains tragically divided and millions of Korean and Korean American families remain separated from their loved ones. Korean Americans who were direct witness to the war’s devastation are now reaching their seventies and eighties. Over a million troops are amassed on both sides of the DMZ, and billions are spent by both Koreas and the U.S. in this unended war. The Campaign said today that “it is high time to recognize the human costs of ongoing war and to honor them and all those who fought in the war, including our own Korean War veterans, by replacing hostilities with genuine peace within their lifetimes. Peace negotiations are the only way forward.”