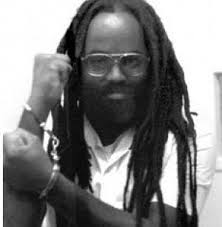 The following update was originally circulated by Prison Radio

"I'm rarely shocked, but I was shocked" Mumia said when he called Prison Radio at 7:30 last night.   He also called in this powerful essay "Manny's Attempted Murder"

Moments before he called, he got the notice that the final appeal of his PA Department of Corrections grievance was denied.

Remember, last week when the magistrate Judge proposed to deny Mumia's right to treatment, one of the reasons she gave was her claim that Mumia had not "exhausted his administrative remedies" or received a final denial of his request for care. Now he has received that denial.

And now, more than ever, Mumia needs us to support his legal team to secure his right to lifesaving care. This is not just about Mumia, it is about the right to health care for all, and all PA prisoners.  When we win this it will force the PA Department of Corrections adopt medically indicated care and treat prisoners.

Saturday at midnight marks the deadline for this part of our struggle.