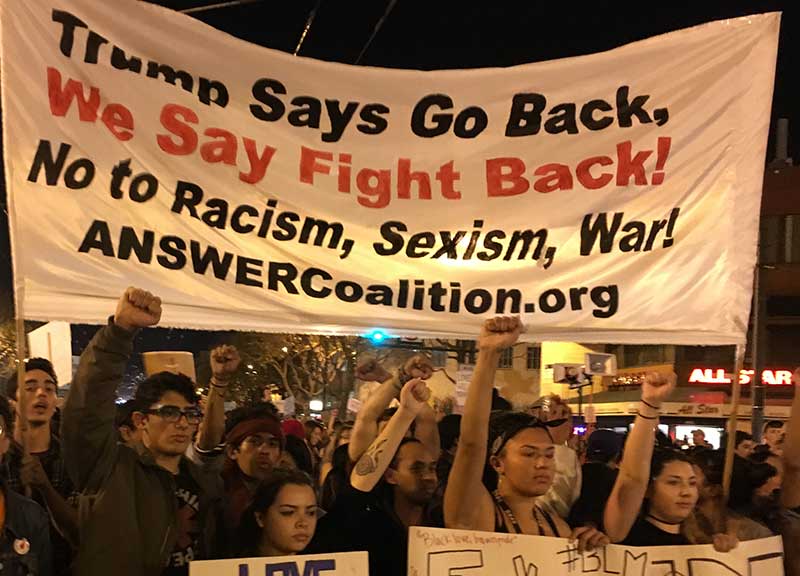 Faced with universal opposition and planned mass protests of tens of thousands of people the Pentagon has called off the November 10 military parade glorifying war, militarism and Donald Trump.

Earlier today it was relieved that the War Parade would cost $92 million dollars! ANSWER Coalition had permits for demos all along the parade route and several coalitions were mobilizing. The calling off of the War Parade can be seen as a huge success of the planned mobilization. Let's use the momentum of this victory to keep building the movement against war and racism.

This is imperative because there is a very real and growing war drive emanating from the Washington political/military establishment. The rapidly expanding U.S. military budget and the new national security strategy that targets both Russia and China for "major power conflict" is a clear indicator of the growing danger. Thus, we must keep vigorously expanding the reach of the U.S. anti-war movement. This is a good first start!