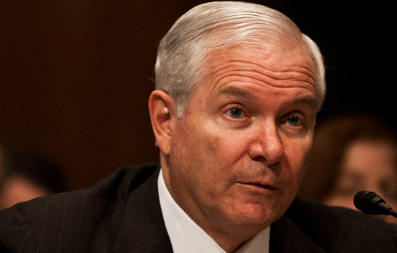 Hey, U.S. taxpayers, you probably didn’t know that you were paying the CIA billions of dollars to create a super-secret-death-squad army of 3,000 Afghan fighters who are roaming around Afghanistan and Pakistan villages assassinating people. Well, you are.

What, you would rather use your hard earned tax dpeollars to create jobs or keep foreclosed families in their home or stop huge tuition hikes in public colleges? Too bad. It’s not your decision. The Pentagon generals rule.

It’s their country after all. They even tell the president what to do. Sure, he’s technically “commander in chief” and all that nice-sounding constitutional stuff. But, really, nobody takes that too seriously, including the president himself. And Congress is a pathetic group of endless money grubbers who do their “patriotic duty” and rubber stamp every new increase in the Pentagon budget.

The President and the civilian politicians bow before the generals. They might not like it all the time. In private, they may even share biting, sarcastic and denigrating comments about the generals – the ways kids in schools privately tell each other about how awful this or that teacher is (behind their back, of course).

Bob Woodward’s new book “Obama’s Wars” makes it crystal clear that the new president and his vice president and their top advisors, including retired generals, knew that the Afghanistan war could not be won. Yet, they agreed to a “compromise” and sent first 30,000 more troops in March 2009 and then another 30,000 as part of the “surge” seven months later.

A lot more people are dying right now but that is a small price to pay, maybe it doesn’t even feel like a cost at all to the millionaire politicians and the great heroes like David Petraeus. In front of the cameras they will speak solemnly and sadly about the sacrifice of the soldiers and the debt that the country owes them for their bravery. But these guys are politicians. Behind the scenes it’s all about them, their position and their standing.

2010, the year of the surge, is turning out be a bloody year. Afghans and Pakistanis are dying now in record numbers, and U.S. soldiers are too. President Obama knew it would be bloody. Even when he caved in to the Pentagon and sent another 30,000 troops to Afghanistan he insisted on setting a “timetable” to begin the withdrawal of U.S. troops in July 2011.

Why on earth would the commander in chief come and tell the American people that Afghanistan was so critical to the country’s security that another 30,000 troops had to surge into battle against a growing insurgency, and yet these troops would leave starting in 2011 regardless of whether they were winning the war? That doesn’t make any sense from a military point of view. Doesn’t that signal the insurgents (who, remember, actually live there) that they just need to hold on a bit longer until the occupation forces start to dwindle and exit?

Obama took this ridiculous military tact, and of course the military and-right wing Republicans are ridiculing him for it, for political rather than military reasons. "I have two years with the public on this," Obama is quoted as saying in Woodward’s book. "I can't lose the whole Democratic Party" over what will be a decades-long conflict.

Woodward quotes Petraeus as saying, "You have to recognize also that I don't think you win this war. I think you keep fighting. It's a little bit like Iraq, actually. … Yes, there has been enormous progress in Iraq. But there are still horrific attacks in Iraq, and you have to stay vigilant. You have to stay after it. This is the kind of fight we're in for the rest of our lives and probably our kids' lives."

Petraeus and the Pentagon are planning endless war and occupation. After all, they won’t be doing any of the bleeding and it will surely mean the military budget is growing and growing. The soldiers in the U.S. military are viewed as nothing more than cannon fodder by the generals and politicians. They just don’t want their deaths to become a political liability.

Oh, by the way, you may have noticed by reading the newspapers or watching TV or listening to NPR that U.S. soldiers are not really U.S. soldiers anymore – especially if they are killed. They are now called NATO troops. Since there is no country called NATOland and no human being anywhere on the planet identifies with NATO, the Pentagon and White House spinmasters decided it was better to rename the war dead as NATO casualties. A simple an effective method to tamp down anti-war sentiment. Their stooges in the mass media started using the “NATO casualties” lingo months ago.

The people of the United States are being used as pawns in the most cynical way. The invasions of Afghanistan and Iraq were based on a colonial fantasy of Bush and his gang that the U.S. could use its vast military power to subdue all countries that defied Washington’s dictates and intimidates all others. The deployment of limitless violence was the key to maintaining a new-style Empire, especially in the Middle East and the geo-strategically significant lands of South and Central Asia.

The invasions failed. The occupied people refuse to become colonial slaves once again. That period has ended forever but the Pentagon intends to fight on as Petraeus put it “for the rest of our lives and probably our kids' lives."

The people of the United States will act to stop this madness. Waiting for the politicians to stop the Pentagon is a lost cause.