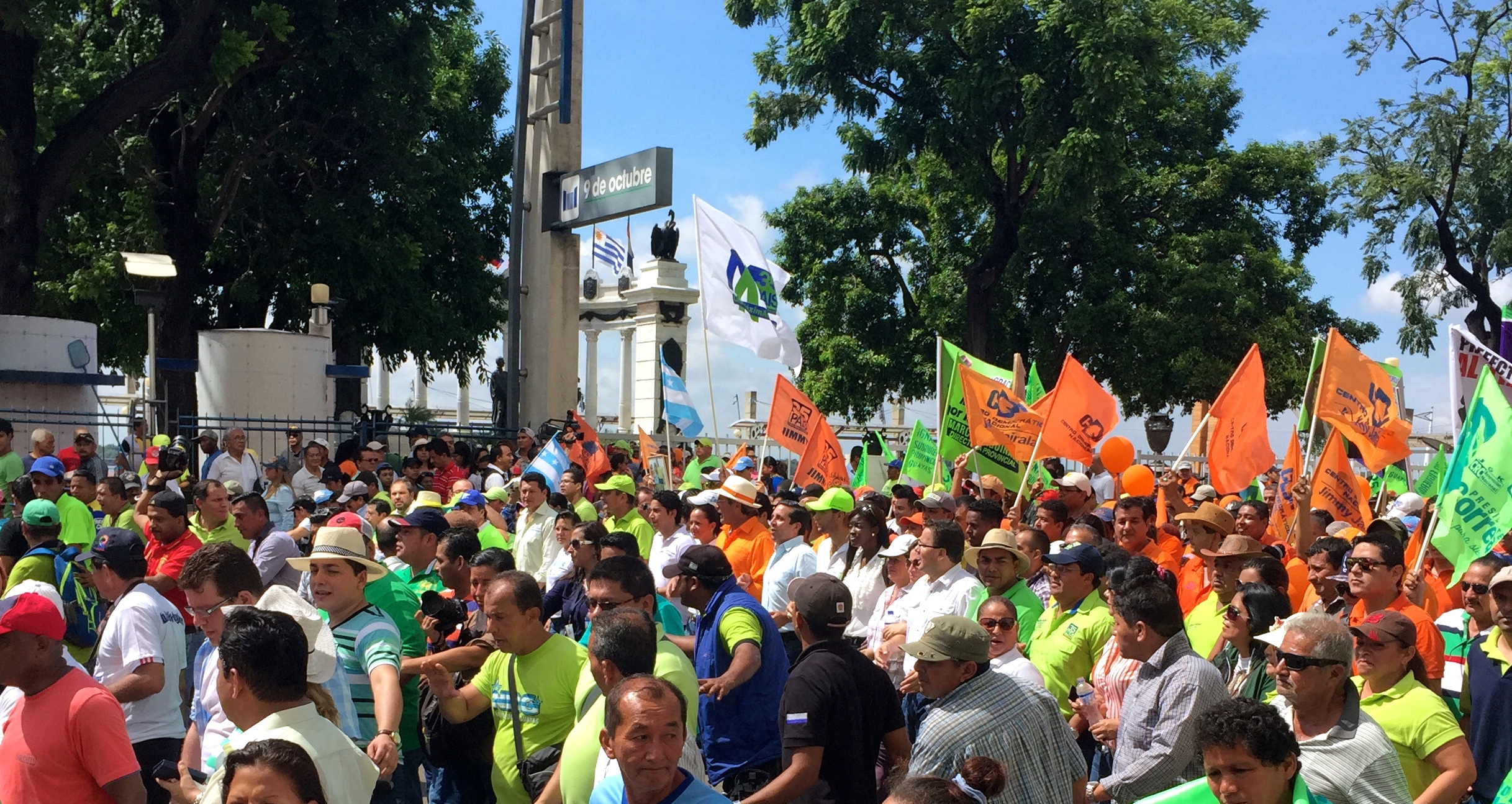 This article was originally published in the August 2015 issue of Liberation newspaper. Over the last week, violent opposition demonstrations have clashed with civilians and police, leading to scores of injuries. Thousands of government supporters have maintained a constant presence outside the presidential residence to counter this ongoing destabilization effort.

Since early June, street protests have been held on a regular basis in Ecuador by the right wing against President Rafael Correa and the process of progressive, anti-imperialist change–called the Citizens’ Revolution–which he leads.

The protests were triggered by the introduction of two bills in the National Assembly in early summer meant to redistribute wealth to the country’s poor and fund much-needed social programs. One law focuses on inheritances and the other on the capital gains tax. However, the right wing’s destabilization effort is not limited to these measures alone, but is in fact aimed at overthrowing the government itself.

These new taxes would affect less than 2 percent of the population. The capital gains tax is aimed at discouraging reckless speculation by the country’s capitalists. Inheritances worth less than $35,400 would be exempt from taxation. A sliding scale would be applied to larger inheritances, with the top bracket of those greater than $566,400 taxed at a rate of 47.5 percent.

As the government and other progressive forces in Ecuador have explained, these measures will help redistribute wealth and reduce inequality. The legacy of colonial underdevelopment, which impoverished the vast majority while enriching a tiny pro-imperialist elite, has led to great injustices in the country that the government is committed to addressing.

Defending the gains of the Citizens’ Revolution

Supporters of the ruling PAIS (Proud and Sovereign Homeland) Alliance and pro-government social movements have mobilized to counter the schemes of the elite. These demonstrations have vastly outnumbered the right-wing protests. While they have expressed firm determination to prevent a coup, these actions have also celebrated the major progress made since the Citizen’s Revolution began.

There are many reasons why the Ecuadorian right wing would love to see an end to Correa’s government. In 2007, when Correa assumed office, the percentage of people in poverty was 35.7 percent. This dropped to 22.5 percent in 2014, which means more than 1 million Ecuadorians were lifted from poverty. Meanwhile, extreme poverty was reduced from 16.5 percent to 8.5 percent. More than $12 billion has been invested by the government in the health care sector in the last eight years. Around 20,000 new medical professionals have been trained.

President Correa is a leading figure in the process of Latin American integration, and Ecuador currently holds the rotating presidency of the Community of Latin American and Caribbean States (CELAC). Along with CELAC and other international institutions that challenge the domination of U.S. imperialism, Ecuador is a member of the socialist-oriented Bolivarian Alliance for the Peoples of Our America (ALBA), which was founded by Cuba and Venezuela.

Using the many contradictions that exist in Ecuadorian society, the oligarchy has used the big media outlets they control to galvanize a considerable section of the middle and upper classes with anti-government sentiment. Preventing Ecuador from becoming “another Venezuela” and portraying Correa as a dictator are their main slogans.

Realizing the gravity of the situation, on June 16 the government decided to temporarily halt the passage of the inheritances and capital gains tax bills. President Correa and the National Assembly approved a call for a “national dialogue period” to start on September 15. Intense debates and discussions are expected on the proposed laws for a period that is expected to last a minimum of three months.

On July 13, a powerful bomb exploded at the PAIS Alliance headquarters in Guayaquil, a stronghold of the right-wing opposition. The elites have shown their willingness to use deadly force to claw back their unjust power and wealth that is threatened by the Citizen’s Revolution. But the poor people and working class of Ecuador, and Bolivarians across Latin America, are determined to defend what has been won.