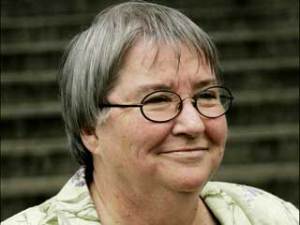 The ANSWER Coalition urges its members and supporters to sign this urgent petition to free Lynne Stewart. The petition can be found here.

Lynne Stewart has devoted her life to the oppressed – a constant advocate for the countless many deprived in the United States of their freedom and their rights.

Unjustly charged and convicted for the “crime” of providing her client with a fearless defense, the prosecution of Lynne Stewart is an assault upon the basic freedoms of us all.

After years of post-conviction freedom, her bail was revoked arbitrarily and her imprisonment ordered, precluding surgery she had scheduled in a major New York hospital.

The sinister meaning of the relentless persecution of Lynne Stewart is unmistakably clear. Given her age and precarious health, the ten-year sentence she is serving is a virtual death sentence.

Since her imprisonment in the Federal Prison in Carswell, Texas her urgent need for surgery was delayed 18 months – so long, that the operating physician pronounced the condition as “the worst he had seen.”

Now, breast cancer, which had been in remission prior to her imprisonment, has reached Stage Four. It has appeared in her lymph nodes, on her shoulder, in her bones and her lungs.

Her daughter, a physician, has sounded the alarm: “Under the best of circumstances, Lynne would be in a battle of the most serious consequences with dangerous odds. With cancer and cancer treatment, the complications can be as debilitating and as dangerous as the cancer itself.”

In her current setting, where trips to physicians involve attempting to walk with 10 pounds of shackles on her wrists and ankles, with connecting chains, Lynne Stewart has lacked ready access to physicians and specialists under conditions compatible with medical success.

This medieval “shackling” has little to do with any appropriate prison control. She is obviously not an escape risk.

We demand abolition of this practice for all prisoners, let alone those facing surgery and the urgent necessity of care and recovery.

It amounts to cruel and unusual punishment, in violation of human rights.

There is immediate remedy available for Lynne Stewart. Under the 1984 Sentencing Act, after a prisoner request, the Bureau of Prisons can file a motion with the Court to reduce sentences “for extraordinary and compelling reasons.” Life threatening illness is foremost among these and Lynne Stewart meets every rational and humane criterion for compassionate release.

To misconstrue the gravamen of this compassionate release by conditioning such upon being at death’s door – released, if at all, solely to die – is a cruel mockery converting a prison sentence, wholly undeserved, into a death sentence.

The New York Times, in an editorial (2/12), has excoriated the Bureau of Prisons for their restrictive crippling of this program. In a 20-year period, the Bureau released a scant 492 persons – an average of 24 a year out of a population that exceeds 220,000.

We cry out against the bureaucratic murder of Lynne Stewart.

We demand Lynne Stewart’s immediate release to receive urgent medical care in a supportive environment indispensable to the prospect of her survival and call upon the Bureau of Prisons to act immediately.

If Lynne’s original sentence of 28 months had not been unreasonably, punitively increased to 10 years, she would be home now — where her medical care would be by her choice and where those who love her best would care for her. Her isolation from this loving care would end.

Prevent this cruelty to Lynne Stewart whose lifelong commitment to justice is now a struggle for her life.